She's supposed to be the enemy - too bad the voices in his head claim otherwise.

Kennet Baghadur, the oldest living son of Camulos - the God of War and a minor Serenity Faerie, hides his pain behind his laughter. Cursed by an angry demoness, the two parts of him, the faerie and God, are split. The result - the inside of his head is a constant battleground. To protect himself and those around him, he shows the world his Faerie side all the while hiding the dark passions he's inherited for his mighty father never wanting to cause a woman to go through what his own mother went through.

Now a grown man, Kennet is called upon by his father's TrueMate to protect a person he considers the enemy: Bilés youngest daughter. If it had been anyone other than Cayleigh asking, he'd have told them to take a flying leap. But it wasn't, so girding himself to babysit a young demoness, he's in no way prepared when Jasmyn walks into his life and turns it upside down. Nor could he anticipate the fact that for once the two bickering voices in his head have actually agreed upon something: Jasmyn is their TrueMate and both of them plan on claiming her. 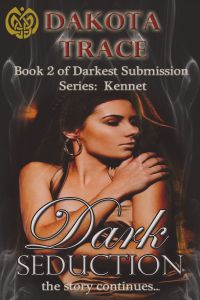 “Mate me!” The red-headed woman writhing under Kennet Baghadur raked her fingernails down his damp back. Gritting his teeth against the onset of pain, he ground his cock between her splayed legs. The vague memory of drinking too much ambrosia-laced wine at Autumn Festival had dulled his recollection of how he’d exactly ended up in an unfamiliar room with a demoness under him. But hey you only live once, Baghadur, far be it for you to refuse what she’s so willingly offering. Nipping at her neck, he grinned at the salty taste. Damned if the Lord of the Underworld doesn’t have the most delightful creations.

She arched up against him, pitting her strength against his own. With ease he pressed her back into the soft mattress. “Patience, my sweet, we’ll get there.” He trailed his mouth along her exposed collarbone. A sudden flare of pain at the nape of his neck made him jerk back with a hiss. Cursing under his breath, he reached back and untangled her talons from his hair.

“What is your issue?” He tried to focus on the features of the woman despite the blurriness caused by the alcohol rushing through his veins.

“Mine! You will TrueMate me, lover! I will give you much pleasure.” Her eyes glowed as dark horns appeared at her temples before a forked tongue darted out to flick at him.

“What the hell?” He scrambled away from her, his cock deflating. Even in his debilitated state, he knew there was something not right with the woman.

Crouched on all fours, she stalked him across the rumpled surface of the bed much like a lioness intent on her prey.

Confusion swamped him. Bilé’s head…what do I…? Realization struck him. She thinks I’m Flannery and I have access to Bilé. Stupid bitch doesn’t even realize she’s got the wrong brother. A drunken chuckle escaped him. “Sorry, can’t help you there, Lydia…Laura, whatever your name is…”

She hissed and swiped at him with her claws. “You will help me or I will shred your precious manhood next.”

A new sharper pain radiated from his stomach. Glancing, he tried to focus on the furrows gracing his stomach, which were now slowly seeping blood. Grabbing his discarded shirt off the floor, he clumsily dabbed at the wounds, a grunt of pain escaping him at the feel of the rough cloth. “Like hell. Even if I wanted to help you, you got the wrong brother, you crazy ass bitch. I don’t need this shit. I’m outta here.”

Beyond angry that he wasn’t going to get laid tonight, he tossed the shirt away intent on leaving the demoness behind. Perhaps if I get back to the hall, I can find another demoness. He was just at the door when the demoness latched onto his back, her talons digging, seeking purchase.

“You will not walk away from me, Flannery!” The screech echoed inside the chamber and nearly shattered his eardrums.

Roaring out his anger, he rolled his shoulders trying to dislodge her, but like a tick she hung on. Finally in desperation, he spun around and slammed her between his body and the door.

Clinging to him, he heard the sounds of demon-ish and winced as her chanting grew louder. Not that it worried him. As the son of a God he was normally immune to most maladies that brought down others. He winced when she sank her teeth deep into the muscle running over his shoulder. The agonizing sting of her fangs caused him to stumble forward. With his flesh burning, he reached behind him, grabbing blindly. Finally finding a limb, he jerked hard, trying to break her hold, when dizziness swept over him. Falling to his knees, he tried to stay conscious but failed. The last thing he saw when he turned his head to ask, “why”, were the vindictive burning eyes of the demoness.

“That’s enough, Lenora.” Bilé, the God of the Underworld, grabbed the feeding demoness by the nape, ripping her away from Kennet’s body. Immediately the blood began to seep from the wound. He’d been on his way to his private chambers with his protective guard when he’d heard a commotion coming from one the alcoves off the main hall. Pure rage consumed him when he found Kennet, one of the God of War’s sons, being used by Lenora, the daughter of one of his staunchest rivals, as a food source. The girl glared at him even as she bared blood- coated fangs.

“Put pressure on it,” he told Flannery, the head of his protective guard and Kennet’s twin. “I’m going to deal with this...” he gave Lenora a rough shake, “...greedy little bitch.” Not waiting to see if the younger man did as he asked, he strode from the room, holding the struggling demoness with ease. “I really ought to kill you, Lenora.”

Hissing at him, she squirmed viciously against his hold. “You wouldn’t dare! It would cause a war such as the Underworld has never seen.”

Slowly smiling at her, he leaned in closer. “And play right into your father’s hands—I don’t think so. I have a more fitting demise for you than death.”

She paled. “You can’t kill me! If you do, the godling will never recover!”

Bilé stopped in mid-stride and gave her a rough shake. “What did you do, Lenora?”

Licking her lips, he watched as she tried for what he assumed was a haughty stare but wasn’t surprised when she failed spectacularly. “I used the Origin’s spell on him. As long as I live, he shall too. If I die, he dies!” A sneer crossed her face. “How are you going to explain that to his father, Almighty One?”

If he’d thought he was angry before, he was wrong. Now he was enraged! “The Origin’s spell is dangerous! Do you know why it’s so rarely used, Lenora?”

She trembled under his fierce gaze. He was sure the brimstone and flames of the Underworld were showing in his eyes.

“When you attempted to bind Kennet’s life source to yours, you didn’t bother to find out if he was a half-breed!” It was taking all of Bilé’s considerable self-control to keep from striking her down. Wrapping his hand around her throat, he lifted her off the ground.

“But, he’s Camulos’s son….” Tears began to form in her eyes.

“And his mother is a faerie!” His fingers tightened around her neck. “Not only is it illegal to use such a spell on a God, by using it on Kennet you just split Kennet’s origins in half. His father’s bloodseed will tear apart his mother’s faerie side.” He ignored the pain her clawing fingers inflicted as she tried to free herself.

“You fool! You idiot!” Giving her a shake, he tossed her to the ground. “Go home to your father. If I ever catch even a glimpse of you, you’ll wish I’d killed you because I’ll give you to Camulos. Hell will have no fury like the God of War’s when he finds out what you did to his son.”

Cowering before him, she whimpered, her eyes wide with fear.

“Now, GO!” His order echoed through the halls. She nodded and scrambled away. Raking his hand through his hair, he turned to see Flannery standing in the open doorway, his expression torn. “He’s gone.”

Bilé forced a smile. “He’s not gone until I say he’s gone.” He pressed by Flannery and entered the room. Dropping to his knees next to the lad, he placed his hands over the wound. He froze as something inside him stirred to life, making him realize how important it was to save the boy. Damnation, he’s Jasmyn’s. I can’t let my daughter’s mate die. Drawing deep within himself, Bilé invoked a powerful but seldom used incantation.

“What was once torn asunder, mend again, take two halves which are independent and make whole.” Heat burned his palms as he forced the mending power into Kennet’s still body. As the heat slowly faded, he slumped over the boy. The things I do in the name of love. Keep my power safe, young Kennet, until my daughter is old enough to replace it with her own. He lifted his eyes to meet Flannery’s. “It’s done. He’ll survive by my power until he mates.”

“He’s gonna be okay? Are you sure? He’s still not breathing.” Anguish racked Flannery as he dropped to his knees next to Kennet.

“I did the best I could.” Bilé slowly rose as Kennet opened his eyes.

“Oh dear God, the voices…someone stop the voices!” Kennet shook as his hands flew to his head.

Flannery gave him a beseeching expression. “What’s wrong with him?”

Bilé sighed. “I couldn’t undo the Origins spell, but I was able to mutate it enough that each part – both godly bloodseed and faerie spirit could survive.”

Flannery was horrified. “What the hell does that mean?”

“He now has two separate voices in his head, trying to tell him what to do.”

“Son of bitch!” He grabbed at Bilé’s shirt and tried to shake him.

Pulling the distraught man closer, he tried to comfort him. “It was either that or death. Kennet is strong, he’ll adjust. I have greater plans for him.” He rubbed his hand over Flannery’s back.