James goes to Montreal to spend some time with his seventeen year old younger sister, who lives with the father he hardly knew. His father offers him a summer job on construction and he decides to stay, getting to know his dad, and discovering his sister's passion for rock music and older guys who play in a band.

When Surrender comes to town, one of the hottest rock groups around, Rose is adamant on attending. James, too, likes the group, and they decide to go to the concert, along with some of Rose's friends.

A hitch in the construction of a building his father's company is working on compels the crew to work overtime the night of the concert, and as a result, James misses the concert, arriving only as the fans are exiting the forum.

James returns home, knowing that when Rose comes hone, he's going to have to find some way of making it up to her. Only thing is, Rose doesn't come home.

Rose's disappearance leads James on a quest to find his younger sister, who, enamoured with rock and roll, has changed her name to Passion, and become one of Surrender's groupies. However, finding his sister isn't as easy as James thinks, even after finding the hotel where the band is staying. There are obstacles standing in his way, one of which is Steve Bliss, head of security for the band. 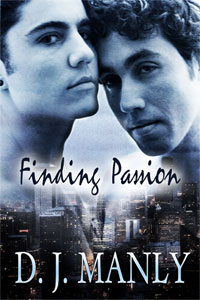 There was absolute silence as they walked down the carpeted hallways. There were mirrors everywhere and James kept his gaze on Steve. He was so handsome. He could hardly believe he'd have the entire night to worship and adore that body.

Steve stopped at the door at the end of the corridor and passed his scan card. A few seconds later, they were inside.

James's gaze zeroed in on the double bed. He took off his shoes and jumped into the middle of it. On his knees, he looked at Steve, and said, "Please take off your clothes."

"Since you asked so nicely."

James realized that his t-shirt was still somewhere in Seductions' suite, but he didn't care. He undid his jeans and pulled off his socks. A few minutes later, all his clothing lay in a pile on the floor.

Steve paused after he'd taken off his jeans and underwear. He was looking at James who was back on his knees, facing him, his erection standing up between his thighs. "You're so sexy."

James ran a hand over his own chest and fondled his cock a moment. "You think so?"

"Come here and show me," James invited, crooking his finger. Steve's body was sensational and his cock could make a grown man cry, gay or straight. "You're perfect," he whispered as Steve placed one knee on the side of the bed. 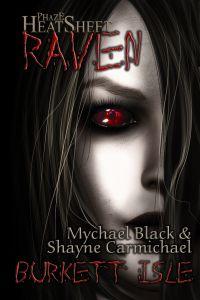