Young, beautiful, and college educated, Lena hides startling secrets. Secrets that set her apart from everyone else and make it almost impossible for her to find true love.

Slightly older than Lena, Trevor’s a handsome and dominant man. The kind with a successful career, a residence of his own, and a secure future. But he’s keeping startling secrets as well.

On their very first date, they’ll bare their souls to each other, indulge in sizzling hot sex, and make an unbreakable emotional connection. But great sex alone can’t lead two lovers to their very own happily ever after. Can it? 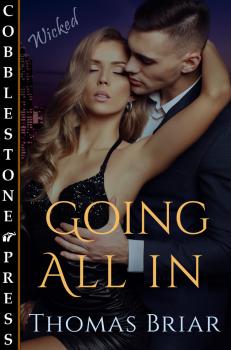 Following a romantic dinner, Lena, sitting in a corner booth in a dimly lit restaurant in Atlanta, stared into the most mesmerizing pale blue eyes she’d ever seen. The man’s close-cropped, wavy black hair, smooth-shaven angular features, and six feet of muscularly lean body weren’t bad to look at either. Not in the custom-fitted dark blue suit he wore.

As hard as she found it to believe, at only twenty-two and fresh out of college, the impossible had happened to her. She’d met an irresistibly dominate man. The kind with a successful career, a residence of his own, and a secure future. For certain, it impressed her immensely that he exemplified mature adulthood in every possible way.

His name was Trevor. He was twenty-four. They’d met in a coffee shop earlier in the week, and this was their first date. It was going great so far, the vibe between them the most intimate she’d ever experienced. There was only one thing that would make it the best date ever.

Something she needed to reveal to him to make her feel complete as a woman, as a lover, as a submissive.

Many could not understand. Nor did they even try. Those people were the worst of the worst because they couldn’t resist blabbing her secret to everyone for laughs and giggles.

In a perfect world, no one would ever accuse her of being a sexual deviant. Except she didn’t live in a perfect world. Not yet. Not until she found the one to accept her as she was without passing judgment.

Could Trevor be the one? She honestly didn’t know. Only time would tell.

In his defense, there was something about him that declared he wasn’t a blabbermouth that took pleasure in destroying others. No, he seemed to be something altogether different.

She thought it time to spill the despicable secret. Her lips parted, but no words came out as fear clutched her heart. She winced at her cowardice.

“What is it?” he asked, features turning sympathetic. “You can tell me, whatever it is.”

“I was thinking I like you. A lot.” She sighed, nervously fluffing her long blonde hair. “And I don’t want to scare you off.”

“How would you scare me off?” His stare became intense, gaze never wavering from her face.

She took a deep breath, bolstering courage. “I’m not normal. Not like everyone else.”

His grin was filled with indulgence, making him more handsome than before. “If I wanted normal, I would have asked normal out. Instead, I asked you.”

“But you don’t really know me. I’m different.”

“I’m different too, if you haven’t noticed?”

She had. All throughout dinner and dessert, he’d not looked at any other woman in the room, not even the waitress when ordering. His mesmerizing gaze had remained on her.

“I need certain things. Things normal women don’t want.” She looked down at her hands in her lap, not believing she was going all in this soon.

“I…I…I can’t help wanting to show off my body sometimes.” She squeezed her eyes shut, wrapping her arms around her breasts as a tidal wave of embarrassment cascaded over her.

“To complete strangers?” he asked softly.

She nodded. “But that isn’t all. I fantasize about showing off in the bedroom as well. People have made fun of me for it in the past.”

She forced her eyes open to find him regarding her with what appeared to be an open and honest expression.

“So long as you’re with me, I’ll never make fun of you for anything you need. Not ever.” His solemn look showed his sincerity. “Because people have looked at me in horror in the past when I revealed what all I’m into. Then they ran for the exit as fast as they could.”

For all the obvious reasons, she believed him. Wholeheartedly. Only a kindred spirit could know the depths of self-loathing that sort of embarrassment heralded.

“However,” he added, eyes glistening as if with a low-grade fever, “that never changed what I wanted and needed. I think I’ll always want and need it.”

“I won’t ever make fun of you either.” She liked how the emotional connection they shared seemed even stronger and more intimate now.

He stood, tossed some bills on the table, and extended a hand. “Let’s get out of here. I want to show you something.”

Her hand fit perfectly inside his, and she let him lead the way through the tables to the door. Once outside under the white glow of the streetlamps, the crisp October air nipped at the delicate skin of her shoulders and bare legs in the clinging, black mini-dress. Her high heels clicked as they walked toward a black sedan parked along the street.

Cars steadily passed and numerous people traversed the sidewalk, but Lena paid them no mind as she concentrated on the sexual tension building inside her.

What he wanted to show her, she couldn’t begin to imagine, but she could hardly wait to see it.

He stopped in front of the sedan. “Hike up your dress, pull your panties down, and place your palms on the hood. I want to examine your ass to get you all hot and bothered before I take you to a hotel to give you a proper fucking.”