Shy curator, Lily Swan buries herself in books and artifacts to hide away from the world, while brazen adventurer Mickey Slater travels up and down the world seeking obscure relics and treasures. One night, at a museum party celebrating a new exhibition, Mickey uncovers a secret gem in Lily. Though dissimilar, the two women strike up a conversation and agree to spend the night together. Spectacular sex follows, rocking both their worlds. The following day brings about revelations and resolutions. It’s time for these two strong, smart, and sexy women to show what they’re really made of—and what truths are in their hearts. 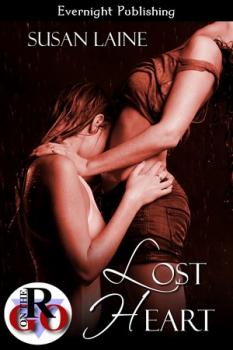 “Hush.” Mickey placed her fingers against Lily’s sweet, trembling lips, preventing her from finishing the provocative sentence. “Now’s not the time for doubts. Just yes or no.”

Lily’s tentative smile made Mickey’s pussy clench and cream. She needed their clothes gone this instant. Slowly she reached for the short sleeves of Lily’s summery dress and pulled them down, exposing her slender shoulders and a decent-sized sliver of her chest, dropping down to the gentle slopes of her breasts, still hidden by fabric.

It came out as a whisper, quivering with passion, not hesitation, and Mickey’s desire flamed upon hearing it. After all those straightforward girls ready and willing at the drop of a hat, this new form of woman who required and deserved seduction was stirring Mickey’s calm in all sorts of ways, making her shift from simmer to boil.

Mickey’s hands grasped Lily’s hips, feeling how thin the dress really was. Thankfully it was a warm summer night, and the open balcony doors let in fresh air. Clasping and knotting the dress into her fists, Mickey drew the hem upward, revealing Lily’s willowy legs and thighs, so pale that it was as if she were made of snow. Yet, with her knuckles Mickey felt her heat rise, so she definitely wasn’t made of ice.

Then her skin brushed against silk.

Dropping to her knees, Mickey sought the sensory awareness of Lily’s sweetness, the scent of her, the feel and taste of her.

“Take this off,” she ordered huskily, pushing the dress upward for Lily to grab it and disrobe. Shuddering helplessly, Lily did as she was told, and then she stood in front of Mickey in her underwear, little lace and silk things of pearly white.

Mickey was certain she was salivating by now.

The word that came to her mind was fairy-like. Lily’s slim stem seemed delicate and vulnerable, and Mickey got the sudden compulsion to simply hold her, and safeguard her from the bruising world. Forgetting for a moment what she was supposed to do, Mickey stared at Lily, eyes wide, silently worshipping what was offered to her tonight.

Then Lily spoke, snapping Mickey back to reality. “I won’t break, Mickey. I promise.” Mickey was certain then that she would bend like a reed in the wind, but not break.

That thought gave her the push she needed. Slipping her fingers beneath the waistband of the silky panties, Mickey then slid them down until Lily lifted her feet gracefully to take them off completely. Immediately apparent was Lily’s natural blondness as her pubes glimmered like silver in the dim light of the living room. The apartment was too high up for the streetlights to shine in, but the soft light of the overhead cascaded down on them.

Leaning forward, Mickey pressed her face into Lily’s pubes. Their scent was more fruity than her perfume, like fresh apples. Mickey glided her hands to Lily’s soft, bouncy buttocks, and yanked her forward. Lily let out a surprised gasp, and her hands came to rest on Mickey’s head.

Then Mickey could do what she had wanted since that first smile across the hall.

Wetting her lips, she licked Lily’s clit. Lily jolted, letting out a whimper. Mickey could not help but smile, and she repeated the act. Then she flicked on it with the tip of her tongue, toying with Lily, feeling her backside quake in her palms. Mickey proceeded to suckle on the tiny nub of flesh, the salty sweetness filling her mouth and awakening her taste buds.

“Oh my God,” Lily whispered as she kept releasing short sudden puffs of air through her parted lips. Her fingers ran through Mickey’s short-cropped hair, unsuccessfully trying to get a hold.

Mickey backed off, and the disapproving mewling sound Lily made was music to her ears. “Let’s take this to the bedroom, yeah?”

Mickey got up, and just like in the museum, she offered her hand. This time Lily didn’t dither, but smiled and took her hand, allowing herself to be led to Mickey’s bedroom.

Once there, Lily looked around, curious. Mickey didn’t say anything, just moved to her back, unhooking her bra until it dropped on the floor. There was always a titillation factor to having a naked girl in her bedroom, but this time Mickey was well aware that this rare, magical, and flighty animal was hard to capture. Naïve Lily believed in some romantic notions, like fidelity and honesty, and though Mickey was cynical herself, she didn’t want to rob her of those things, for they made her sensitive, and who she was.

Lily’s happy comment made Mickey look at her room with fresh eyes. She kept the color tone warm and inviting. The king-sized bed was made of dark wood, the sheets and rug were dark red, and the curtains and the lampshades chocolate brown, like the wallpaper. She clapped, and the nightstand lamps turned on their yellow, balmy light.

Lily giggled. “I didn’t think anyone had those anymore.”

“Previous occupant.” Mickey waited until Lily turned around before her, now all bare. “Where were we?”

“Did you forget already?” Lily teased, blushing. It was endearing as hell.

Chuckling, Mickey maneuvered Lily backward to the bed, tipping her over to the soft, plump sheets. Only once the coy nymph lay smiling on the bed did she spare a thought for herself. Slowly Mickey unbuckled her leather belt and unbuttoned the fly of her jeans. She had removed her jacket and shoes in the foyer, so her only garments were her tee and her jeans. Without ceremony or a strip show, she took off all her clothes. 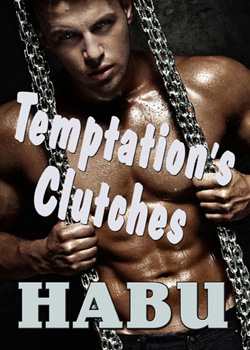