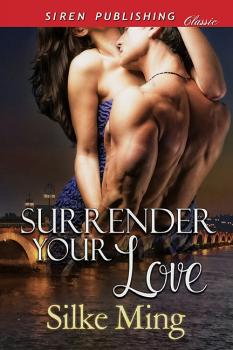 At two o’clock sharp, the first visitor rang the doorbell. Liz Halby, along with a younger woman whom she said was her niece, stood at the door.

“I tried calling to let you know that I was bringing my niece along, but no one answered the phone. Hello, Jason,” she called out over Martha’s head.

“You’re even more handsome than the last time I saw you. This is Sherrie. Say hello, Sherrie. You remember Sherrie, Martha?”

“Of course, I remember Sherrie,” Martha replied, rolling her eyes.

She knew Sherrie well, and considered her one of the most ill-bred young women she had ever met. Had she been at home, she would never have allowed Liz to bring her along. Sherrie was still a spoilt brat at the age of eighteen.

Five minutes later, Ines and the other two friends, Brenda and Pearl, tumbled out of a taxi and were standing at the entrance to Martha’s living room.

“Hello, everyone,” Martha called out. “This is Jason.”

Jason greeted each of them and excused himself to return to the kitchen. Ines watched him walk away, admiration in her eyes.

“He’s making the lunch, too? In addition to being a hottie in the sack, he can also cook? I was listening to the activity when you didn’t put the phone down properly.”

“He’s a chef, Ines. Did you pick up any pointers from listening to us?” Martha asked, guiding her out to the balcony, where the wine was cooling in an ice bucket, and bits and bites were laid out for the friends to help themselves.

“Where did you meet?” she asked Martha, and without waiting for an answer, she turned to Pearl. “Did you see those cheekbones, Pearl?”

“Does that mean I can’t admire him? Tell me, Martha, where did you meet him, and does he have a brother?”

“Control yourself, Ines,” Liz exclaimed. “He’s old enough to be your son.”

One could hear a pin drop. Liz had unwittingly insulted her host.

“I’m sorry, Martha. I didn’t mean it like that. It’s just that Ines keeps going on and on about Jason’s looks.”

“That’s all right,” Martha said, getting up and heading for the kitchen.

Before she reached the kitchen door, she could hear Sherrie’s laughter. She waited out of sight and listened as the young woman flirted with Jason. She was so busy trying to achieve her goal that she didn’t see Martha appear in the doorway. Occasionally, she intentionally bent over to exhibit her ample cleavage, while Jason did his best to ignore her.

“I know the best clubs in the area,” she said. “Maybe one night we could go out together and have a good time.”

“Come on,” she persisted. “Don’t be a wallflower.”

“He said no, Sherrie. Why don’t you go out and join the others?” Martha said.

“I only came out here to help Jason.”

“He doesn’t need any help.”

“All right then, but if you need me, Jason,” Sherrie insisted, “I’m just a whistle away.”

Martha watched her walk out the door in her over-revealing blouse, and she turned to Jason.

“Why did you encourage her?” she asked in an accusatory tone.

“Come on, Martha. You know I didn’t encourage her. I didn’t want to be rude to your friend’s niece.”

“You should’ve thrown her out of the kitchen.”

“Don’t let her get to you,” he said, pulling her into his arms.

“I’ll tell you later,” she said, gulping down a glass of red wine.

“Yes. That bad,” she said, turning around and leaving.

The ladies were having a good time. Liz seemed to have forgotten her faux pas and was having a confrontation with Ines.

“Martha, I think you did the right thing,” Ines said. “You found yourself a nice virile, young man to keep your cogs well-oiled and turning. Don’t listen to Liz and her shit. She wishes someone like Jason would show interest in her, but she’s not pretty like you.”

Sherrie, her phone in hand, did not join in the conversation, but she was listening to every word that was being said.

“She’s eighteen for heaven’s sake, Liz,” Martha said, gazing at the little upstart. “She probably knows more about life than all of us put together.”

“Why don’t we all wish Martha well?” Pearl said. “We’re friends. We should be happy for her. Stop your jealousy.”

“Who’s jealous? I can get anyone I want,” Liz said.

“You can? Like that young hotel busboy on our last Las Vegas trip?”

All eyes turned toward Liz.

“You floozy,” Brenda declared. “Was he worth it?”

Liz jumped up from the table, wine glass in hand, and headed for the kitchen, where she almost bumped into Jason, who was on his way to the dining room with a platter of fish.

“Lunch is ready,” he said. “Tell the others they can take their places.”

He had set the table for six, and now there were seven, so he happily gave up his seat to Sherrie and kept himself busy in the kitchen.

“He thinks we are going to talk girl-talk, and he wants to leave us alone to do that,” Martha replied.

Jason relented and took a seat next to Ines and across from Sherrie, who never took her eyes off his face.

“This looks too good to eat,” Ines declared. “You’ve got to give me the recipe.”

An hour later, the women were still sitting at the table, semi-inebriated and having the time of their lives.

“This is one of the best meals I’ve ever had at your house, Martha,” Pearl said. “I think I’ll find me a chef next time around.”

To him, her moans were those of encouragement, and he was about to lick her between her thighs when she quickly sat up and closed her legs.

“Don’t do that,” she said, trying to cover her large breasts.

“What’s wrong?” he asked, his fingers still imprisoned between her thighs. “I thought you were enjoying it.”

“Why not? There’s nothing quite as intoxicating as a woman having her pussy licked. Every French woman expects it,” he replied, still circling her clit. “It is secondary to breathing.”

“But I’m not French,” she snorted.

“Martha, what’s wrong?” he said, removing his hand. “Have you ever been kissed down here?”

“What does it matter?” she asked, tightly closing her eyes.

He stared at her in disbelief.

“I think I’m right. No one has ever licked your pussy.”

“And I’m not about to start now,” she said adamantly. “I don’t want you to do that to me.”

“Oh, Martha, you don’t know what you’re missing. You’ll love it,” he said, pulling her into his arms.

“I don’t know. My husband never did it to me. He said ladies don’t do things like that.”

“Oh, god,” he groaned. “Is that what he said? You don’t know what you’ve been missing. Let me show you what real pleasure is.”

Through glazed eyes, she looked down at him, as he parted her legs and caressed her clit with one finger.

“Does that feel good?” he asked.

“I’m going to replace my finger with my tongue. I know you’ll love it, Martha. Relax and let me show you the true meaning of pleasure.”

Not losing eye contact with him, she dropped her head to the back of the couch, and he lowered his head between her parted legs. His fingers moved between her precious folds, caressing and fondling them, while his lips clung to her clit.  Her breathing grew heavier, and she was succumbing to his masterful tongue, when the phone beside them started to ring.  He lifted his head and stared at her.

“Pick it up,” he whispered.

She stared down at him, not believing what he’d requested.

“Answer it,” he repeated.

She allowed it to ring a couple more times before finally picking it up, only to find her friend Ines on the line, and there was no getting rid of her.

Happy for the intervention, Jason smiled as he once again lowered his head and licked her from her sweet, needy hole all the way up to her throbbing clit. Her back arched and she spread her legs wider giving him better access. He lifted those legs over his shoulders, and flicked the edge of his tongue back and forth across her clit, bringing a stifled cry from the back of her throat.

She could hear Ines’s voice on the other end of the phone, but she was delirious with desire and in no condition to reply. Ines knew the rumor she’d heard was true. Martha, her friend and confidante for over ten years, had found a young lover, and by the look of things, they seemed to be getting it on.

“Keep talking,” Jason said, kneeling on the edge of the couch, pushing her legs beside her head until they rested on the back of the couch.

“Oh god, you’re beautiful, Martha,” he said, impaling her with two fingers and watching them slide in and out of her hot hole.

He moved them excruciatingly slow in and out, and then lowering his head, he parted her lips and licked up and down her pink folds, stopping by her clit for a slow suck. Martha’s mouth fell open as if in a scream, but no sound escaped her lips.

The receiver dropped from her hands and fell onto the couch. He could hear her friend’s voice calling out to her as her breathing accelerated, and grunts and groans filled the room. Martha felt as if there was no air left in her lungs.

“Yes. Oh god, yes,” she replied, grabbing a handful of his hair and bucking her hips toward his lips.

“No, don’t stop,” she whispered, peering through her own legs at the top of his head.

“You’re so tight, Martha,” he said, moving his fingers like a pair of scissors inside her. “I’m going to fuck you, and you’re going to like it.”

“It’s not considered swearing. It’s asking for what you want. Say it, Martha. It makes my cock hard, and you want it hard, don’t you?”

“Beg for it,” he said, still moving those fingers in and out of her pussy.

“That’s my girl. There’s nothing I would like better.”

He quickly got to his feet and was about to drop his jeans, when she jumped up.

“Not here,” she said through trembling lips.

“I’ll do it wherever you want, but why not here?”

He followed her eyes and noticed she was looking directly at the painting of her son. Realizing her fear of being fucked with the portrait of her son staring down at them, he held out his hand and was about to lead her from the living room when he saw the phone still lying on the sofa. He picked it up and listened. He could hear Ines’s heavy breathing on the other end, and he placed it back on the cradle.

Submitting to the Hellhound (FF)
Serenity Snow
In Shelf
$4.99