Inevitable Case: The Murder of a Lover (MM)

Having an intimate relationship with both the victim and the possible primary suspect in the latest serial killer murder of a young male prostitute, NYPD Vice Homicide unit chief Mike Kavanagh is tied up in knots with hidden grief and concern. Not being able to reveal his intimate relationship with the victim he knew as Spencer Prentice or his priest brother, Liam, who he suspects of being responsible for the murders, Kavanagh launches a parallel investigation of his own that draws him deeper and deeper into his darkest fears. 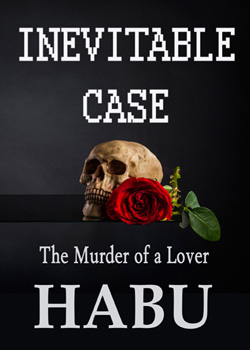 Inevitable Case: The Murder of a Lover (MM) 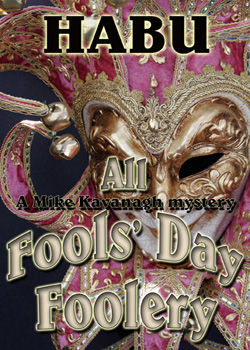 Inevitable Case: The Murder of a Lover (MM)
habu
In Shelf
$2.99
All Books In Cart
All Books In Bookshelf
Excerpt

I picked my way through piles of corrugated tin, broken toilets, and lawnmower parts and came to a halt when I saw the blue uniforms and the wheel-less old Lincoln Town Car, with the smashed-in engine compartment, sitting on concrete blocks. Mullins had said it was an Inevitable Case when he’d called me, but I’d never get used to seeing the various ways that could play out. What we referred to as an Inevitable Case was a street whore or hustler some john or pimp had taken for that final ride.

The back door of the Town Car was open and I could see the body—small, slim, and folded over in a near-fetal position, knees on the floor of the car in front of the backseat, chest pushed up against the partition wall to the driver’s compartment, the red sash around the neck, angrily contrasting with the supple, creamy skin. Golden curls drooping down over the side of the face. Even from here I could see that it was a young Caucasian, probably male. At least I’d been told on the phone that it was a male, connected with a series of cases we were pursuing.

When I got closer to the car, Mullins and Paxton looked up and gave me a slight grimace. I didn’t know who any of the young, uniformed cops were who were milling about the scene—more cops than were necessary, certainly. Sightseers just like the people gathered at the entrance to the junk yard. No doubt they were from the local Bronx precinct. Mullins and Paxton I knew because they were my men. We all were Central Headquarters Vice Homicide, the only such specialized unit in the city. The case had already been bucked up to us because of the red sash. It was becoming a city-wide signature, as was the victim also IDing as a young prostitute.

Flat chested. That was where the “probably male” had come from. No one had messed with the body to be positive about that. The side of his chest was hidden by the fold of his arm. If there’d been tits in evidence, protruding beyond the curve of the arm, it could have been a young, slim female, of which there were plenty walking the streets of the city. Now that I was closer, I could see his shorts and briefs down around his ankles and the T-shirt—a familiar one, but it probably was a popular design—puddled on the floor of the Town Car.

The perpetrator had been sitting on the seat, with the rent-boy riding him and facing the front seat. The red sash probably had started as just a breath-control kink and turned into something terminal. You’d think these young street whores would take notice of what little we put out on the street about this—be careful of red scarves and of johns interested in breath control.

“Left him his wallet, in his shorts, Mike. Name on the NYU student card is Sean Parks.”

I grunted. “Leaving ID follows the pattern. Thumbing his nose at us. Didn’t care that we knew who the vic was in short order. Probably meant he was picking them at random, not providing a pattern of mutual contact. Time of death?”

“The ME hasn’t arrived yet,” Mullins answered. “Apparently it was a busy night in the Bronx.”

I leaned into the backseat and reached over and brushed the curls of the hair away—and my hand immediately began to tremble. It couldn’t be. But of course it was. I took a moment to take deep breaths. Mullins and Paxton couldn’t see how this had undone me.

Either his name wasn’t really Sean Parks, or I had been duped. I knew him as Spencer Prentice.

A Lesson for the Intern (MM)
April Andrews
In Shelf
$2.99