Isabella's dying mother's last request sends her journeying across the country toward a gold fevered San Francisco. After a dead coachman and a snake bite, she finds herself confronted with the very thing she thought could never exist, handsome Jackson Williamson and a wealthy family willing to accept a girl born of a seamstress. Just as she begins to hope for the fairy tale her mother would have scoffed at, all her doubts are confirmed. Murder and betrayal send her back on her journey.

In the bustling city of San Francisco, Isabella tries to forget the things Jackson made her feel. She seeks out Bruce Willford in the hopes of finding a husband. What she finds is the lowest forms of life in existence and with a stiff back and squared shoulders, she waits for her fate.

Jackson has come to San Francisco to find Isabella, but can he get to her before it is too late and she is lost to him forever? 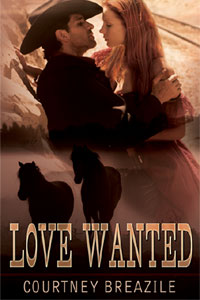 Isabella could hardly think with him so close to her. She felt as if every nerve in her body was reaching out to him and she had to think, consciously, not to lean forward and touch him with the length of her body. His lean muscled physique called out to her, beckoning her to touch it. His words hadn't even registered in her mind and so she could not possibly think of a response that was appropriate. "I am sorry, what was it that you asked me?"

"I asked if you had thought to bring a bonnet. Your face has been kissed by the sun." Jackson emphasized his point by touching her face with his solid hand, caressing her cheek and down her neck to the conservative opening of her blouse. He fingered the small buttons at her neck.

"A bonnet?" Isabella closed her eyes and tried to concentrate on controlling the blood that was rushing through her veins, making it nearly impossible for her to function. His warm breath was tickling the hair at her temple and driving her to distraction.

"Yes, a bonnet. It would have kept the sun off your pretty face." Jackson smiled a knowing smile.

She wondered if he could tell what this closeness was doing to her. "A bonnet. No, I did not think to pack a bonnet." Isabella clenched her hands in front of her to keep them from reaching out to him and caressing the exposed skin of his chest where he had left a couple buttons open. All the skin she could see was golden and Isabella couldn't help but wonder how far down his tanned skin reached. Was it that dark everywhere? Isabella's gaze traveled down the length of him and rested on the noticeable bulge in his pants. Her face heated at her own boldness and she quickly brought her gaze back to his face. His expression held a knowing that further embarrassed Isabella. He couldn't have possibly known what she was thinking, could he?

"That is all right. I quite like the color the sun has added to your face. I think too pale a woman is not quite as attractive as one with a healthy natural glow." Jackson stroked her heated skin one last time then walked away to attend to the horses.