Raised by an over-bearing and demanding father, Scott Owen leaves London and returns to Cardiff to take over the family business after his father is taken ill. He encounters a thief in his office, who is in fact his father's executive assistant, Connor Murphy, who claims he is trying to retrieve what is rightfully his. Intrigued by his father's hold over Connor, Scott sets out to discover the mysterious secret. He learns there is more to the young man than meets the eye. Connor accompanies Scott on a business trip to Cornwall, near his family home. Desperate to preserve his ancestral home and right a childhood mistake, Connor offers himself in exchange for the land and accepts Scott's terms. Together, they must work to overcome the evil figure from Connor's past who threatens to destroy their lives. 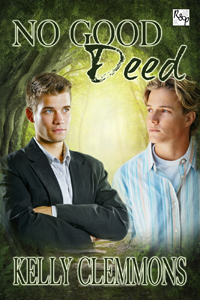 A Dom of His Own (MM)
Cooper McKenzie
In Shelf
$3.99
Tweets by
sirenbookstrand