William Montclair, the only child and heir of the Earl of Ashford, has always done his duty. When he returns home after the war with Napoleon, he is determined to find a wife who will bear the children he needs and accept what he has to offer—marriage without love.

Georgiana Janson, an impoverished soldier’s widow with a young daughter, worked as a nurse in the field hospital where she met and fell in love with William Montclair. On their return to London, Will sets her up nicely, but she realizes that she can’t accept what Will offers—love without marriage.

When her circumstances change, Georgi must decide what she wants in her life. Too late, Will discovers what he needs most in his. Despite interfering relatives and answering a call to war, Will mounts his own campaign to court and win the love of his life.

“It is time to fill my nursery.”

William, Baron Montclair, winced when his father’s pool cue missed the ball entirely and skidded along the rich-green felt of the mahogany pool table.

Father cleared his throat, glanced over his shoulder toward the bar, then turned his attention on him. “Did I hear you correctly, Will?”

“You did, sir.” He had always felt uneasy when his father’s piercing blue eyes pinned him like an insect in a display case.

“Do you have a mother in mind for these children?”

“Not at this time.” He had hoped the conversation would be less difficult. He had always had a close relationship with his father, ever since he and his mother had moved to England from his childhood home in the Bahamas. “I plan to begin my search this season and to have the deed done within a month or so.”

“Let me understand this.” His father stood to his full height and faced him, eye to eye. “You plan to marry an as-yet-to-be-identified young woman because you want children?”

“Yes, sir. It is past time.” He would not dwell on the horrors he had seen as an officer during the late war with Napoleon. He had come to appreciate life when his own had been at risk daily. His command of the French language and knowledge of the culture had made him a natural choice for missions when General Wellesley, now the duke of Wellington, required a presence behind the French lines.

“I, too, had concerns about the succession when you were on the Peninsula. God forbid that your drunken cousin inherit. He would have bankrupted the earldom in a few years.”

His father draped an arm around his shoulders, a rare display of affection since he had grown into adulthood. “Knowing for three years that our only child and heir was in constant danger was a great burden on your mother and me. But we were proud of you, son.”

“A man could do no less, sir, after Ciudad Rodrigo.” It had not been an easy decision when he was but twenty-two to leave all he held dear for a war on foreign soil, but Napoleon had been a threat to his country and his family. Now it was time to fulfill the rest of his responsibilities, however distasteful.

His father laid his pool cue on the table, settled in one of a pair of comfortable leather chairs in front of the fireplace, and indicated that he take the other one. He removed cigars from the humidor, clipped the ends, and handed one to him. They lit up and smoked in silence for a few moments.

His father finally broke the silence. “What are you not telling me, son?”

How honest could he be? His mother had been only seventeen, a student at an elite Parisian finishing school, when his nineteen-year-old father had swept her off her feet and married her. They had been cruelly separated by his grandfather, the old earl, before he was born. When they had reunited, he was already seven years old. His father was as much a friend as a parent. But to this day, his parents remained so deeply in love that his father would probably not understand his dilemma.

“I am very aware of my responsibilities to the title, sir. Many would suffer needlessly if I failed to produce an heir. I am determined to do my duty.”

His father shook his head. “I cannot believe that you plan to enter into a ton marriage, Will. When I thought your mother had died, I mourned her loss those seven years. I did not even consider remarrying. We are too much alike for you to enter into a loveless marriage. It is not in our nature.”

That was true. Except for the golden eyes he had inherited from his mother, he and his father were uncannily similar in looks, build, and temperament. When he looked at his father, still youthful and agile well-past forty, he could see himself in twenty years or so. And, yes, he understood profound passion and love but they would have no place in his destiny as heir to the Earl of Ashford.

He rose and walked, cigar in hand, to the liquor cabinet, then poured two snifters of his father’s favorite French brandy. It was legal now, one of the benefits of the peace that his sacrifice and that of his comrades had helped secure. He handed one to his father who waited until he was settled before continuing.

“You cannot be serious about your intentions unless there is something you are hiding, something so horrific you will not tell me.”

His father, who usually sipped his brandy, savoring its rich flavor, drank deeply and exhaled.

The brandy burned as it spewed out his nose and sprayed his spotless cravat. He gasped for air, then choked, laboring to catch his breath.

It was several moments before he could speak. “No, Father, I can assure you that I am not. You yourself have chastised me for my exploits as a young man.” Some of the Ashford Hall staff and the village women had been very open to his attentions, indeed, had even seduced him. But his father had held him responsible and punished him accordingly.

“No offense intended, but your mother and I had noticed your lack of attention to the young ladies since your return. Before you left for the Peninsula, you were a favorite of the ton. The matrons practically threw their daughters at you. Since your return, you are seldom at home and never at the ton parties.”

Thank God his father was not the meddling sort. He could not say the same for his mother who gloried in gossip and intrigue with her friends from her school days in Paris. For that very reason, he had decided to approach his father in the one place in the house his mother refused to enter. By tradition and mutual consent, his father smoked only in the pool room where he and his influential friends and acquaintances were free to gather, smoke, and determine the fate of the world.

“I am aware of that, sir. Rest assured that you will see me out at every opportunity. I do not plan to take an inordinate amount of time to make my selection. This is a case of if it is to be done then let it be done quickly.” 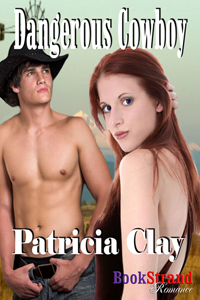 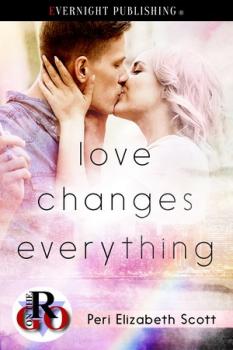