For Blake, it’s a test of wills and patience—who will accept him, and who will cast him out? Every connection he makes brings him further and further away from his own ever-growing dark thoughts. Maybe someone can even convince him he’s not just a freak.

Devon’s starting to realize how much it’s a growing up experience. He’s away from his best friend in a whole new world, and he’s got a lot to learn.

Riley, the unlikely friend and frat boy, finds himself pulling away from his typical clique—including Dominic, the bully and star quarterback, and gravitating elsewhere. Work, fascination, friendships—needless to say, they’ll never be the same. 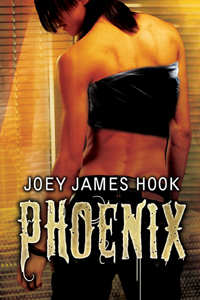 His body was still shaking once he came back down, and he tucked his face against Ethan’s, breathing hard against his neck. It felt like he was about to shake apart from the pleasure and bliss that still kept his body hot and shuddering. Nothing had felt that good—ever. He hadn’t had much experience, but he felt like that was the first orgasm he’d ever had. And he was perfectly content with that idea.

“You’re shaking like a leaf, babe,” Ethan murmured, fondness thick in his voice, threading his fingers through Blake’s hair again. The sensation calmed the shivering a little, but his entire body still felt like it was about to come apart at the seams. Despite that, it wasn’t a bad feeling at all. In fact, it was one he was enjoying very much.

Blake let out a breathless laugh and murmured sleepily, “Of course. That felt fucking amazing.” He went quiet for a moment before adding, “You really didn’t have to, Ethan.”

He felt Ethan’s smile against his hair as he spoke softly, “But I wanted to. You should feel the way you made me feel.”

Blake smiled and wrapped his arms around Ethan’s ribs, hugging him as tightly as he could. “I am so fucking lucky to be with you,” he murmured, overwhelmed with how fucking lucky he really was.

“Well, thank you, but I say I’m lucky to have you,” Ethan spoke, hugging him back just as tightly before letting out a giddy laugh as Blake squeezed him a little too tight. “I love you, Blake. Have for a long time. It was kinda crazy there at the end, and I was so afraid that you didn’t feel the same.”

Blake smiled and turned his head, sealing his lips with Ethan’s for a second before whispering, “I love you, too, so much and…I know. I was just afraid to get close to anyone because of…well, because of my trans status and all that. But you already knew and you like me anyway, so that made it easier to not be afraid.”

“Wait wait wait. You knew about how I felt about you?” Ethan asked, drawing back and looking at Blake with a confused look. His bright eyes were wide in his handsome face, the faint flush still lingering in his cheeks from the pleasure, and probably because of what Blake had just told him. “What gave me away?”

“Well, I didn’t really know. My mom told me that you probably had feelings for me,” Blake said with a nervous chuckle. He wasn’t sure quite why he was nervous, but the confused look had gotten him a little on-edge. Hadn’t Ethan wanted him to know? “I didn’t want to believe her at first, but after talking to her about it I knew. And it took me a bit to get my head out of my ass and figure out that I felt the same for you.”

Ethan’s face broke into a wide smile and he let out a laugh. The tension eased out of his system. “Seriously, that woman knows everything, doesn’t she?” he mused.

“Seems that way,” Blake laughed, kissing Ethan again, and again, and again. He pulled back after the fifth or sixth kiss and laughed. He felt like he was walking on clouds, and he felt like he could do back flips without even trying to keep his balance. “Damn, I can never stop kissing you.”

Ethan gave an indulgent smile and kissed him again. “Neither can I,” he murmured between another quick succession of pecks that turned into firmer kisses that left them both breathless and smiling, faces flushed.

This was happiness. Pure, unadulterated bliss that no one could break or change, no matter what the circumstances. Ethan was here, to stay, and there was nothing that would push them apart. Blake felt like nothing could touch him and for once, he felt comfortable in his skin. He felt on the outside what he felt on the inside, like suddenly there was a shift in his self-perception. He felt whole—right—and settled for the first time ever.

He knew why. Ethan saw him as nothing but male. 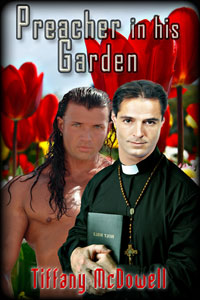 Preacher in His Garden
Tiffany McDowell
In Shelf
$4.99