When Ethan Stokes returns to his family’s farm for an obligatory visit, he discovers that the man he shared his first kiss with back in high school, Quinn Kincade, has not only moved in but also plans to turn the farm into a weekend destination for urbanites with too much cash.

But if he remembered correctly, wasn’t Quinn… straight? And married? So what was he doing living in his house? 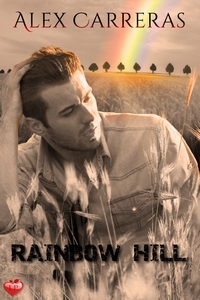 Anxiety pulled at his chest. What in the hell was he thinking exactly when he agreed to not only stay on at the farm but transforming it into a viable and successful retail business? What did he know about what people wanted to buy when spending the weekend in the country? He hated the country, always had. Even as a child, he hated the constant rotation of allergies he suffered: hay fever, animal hair, leaf mold, ragweed; the list had been endless. But once he moved into the city, the constant pollution and smog seemed to be the solution to ridding him of all his childhood ailments, allowing him to actually breathe. Life was full of little ironies, and Ethan figured that this was one of them.
Gazing around the room, memories flooded him. Several of his mother’s watercolor paintings hung from the walls, brightening the musty room that needed a good airing out. He remembered when she had signed up for the class. Her excitement seemed to fill the entire house for a while, but like any mother with an overabundant workload, she had left her brushes behind when other things took precedence over painting. Only now did Ethan realize how much she had sacrificed for him, when it was too late to say thank you.

He sat on the edge of the bed, the sound of the running shower coming from the bathroom on the landing. He thought of Quinn, wet and soapy under the steady stream of warm water sluicing down his muscular body. He had grown from a cute teenager into an attractive and strong man. Ethan touched his fingertips to his lips, remembering the kiss they’d shared so long ago. It was warm, moist, and tender. It had also been his first kiss.

He shook his head—hard, attempting to clear his mind of the memory of that kiss. He was with Randall … kind of. Ethan was sure that his partner was going through a phase, and he intended to be there for him when Randall recovered from it. They had too much invested, emotionally and monetarily, to throw it all away. Randall would soon figure that out for himself and come back with a big bouquet of flowers and an even bigger apology—that, Ethan was sure of. They belonged together. It made sense. But until then, he planned to keep busy, and this was the place to do it.

While standing to open the window, he heard the shower shut off. Maybe a long hot shower was exactly what he needed, anything to wash away the anxiety of the last few months. Bending to feel the summer breeze against his face, Ethan closed his eyes and inhaled the sweet smell of honeysuckle.

Quinn’s baritone voice caused Ethan to knock his head against the windowsill. He spun, rubbing at the sore spot.

Ethan blinked, focusing on Quinn’s tanned, sculpted chest with the perfect amount of chest hair, rivulets of water snaking down into his low-slung, terry towel. He felt dizzy, either from the half-naked body standing at his door or from the bang on his head, Ethan wasn’t sure which.