The war is over. The majority of humanity has fled the dying planet to live in space, leaving behind a chemical called Overgrowth that will speed up the restoration of the war torn world.

Some were left behind, and not all by choice. As one chapter of humanity comes to a close, a soldier who thought he had nothing left and a historian who sees potential even in destruction will make a life out of what remains. 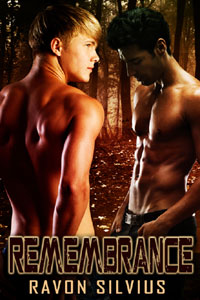 Daniel led Aldric down streets so muddy that they nearly sucked the boots off of his feet. In places tufts of grass grew through the mud, and Aldric noted them with a resigned dread. Dirty fog roiled here too, casting everything in a sickly wan light.

“This place has amazing breakfasts. Not cheap, but I wanted to treat you for helping me last night. I hope you like it.”

Daniel stopped in an alley with two doors on either side, one of them with a splintered hole in the bottom corner. No one else walked there but the two men, though footprints in the mud gave sign of others having passed.

“Here.” Daniel knocked on the splintered door, and a dog the size of a rat leapt out through the hole in the corner. It sniffed Daniel’s shoes, yipped, and ran back inside.

The door opened an inch, closed, then opened again. “Daniel!” The reedy voice of an old woman emanated. “Come in.”

“I have a guest today, Maria. This is Aldric. He chased away some of the forest boys for me last night.” Daniel beckoned and disappeared through the door and Aldric followed, listening to Daniel’s chatter with the old woman.

The room was small, with three sets of chairs and tables. A man sat at one of them, reading a tattered book, and the tiny dog, Teacup, skittered around the floor making his rounds.

“Take a seat. Omelets for both?” the old woman asked. “I know how Kayla says you like them.”

“Sure thing. You don’t mind?” Daniel’s eyes twinkled as he stared at Aldric.

Aldric shook his head, eyes wide. Eggs? Here? The pork he had eaten last night had been an imitation, more salt and cellulose than meat. There was no real livestock left, only the stores of food left outside each city. They were meant to last a century. They would last longer, with the way people kept dying. Faster even than most had predicted.

“They have a coop of chickens. Not many, supplies run out, so they keep it secret.” Daniel sat down, patting the table in front of him. “Chickens are easy to keep, apparently.”

Aldric took a seat, resting his gloved hands on the table. Daniel raised an eyebrow at that, but didn’t comment. “They sell them?” Aldric asked.

Aldric frowned. “How do they keep them alive?”

Daniel leaned in, intrigued. “Do animals where you’ve traveled through not survive?”

“Not near the epicenters.” Aldric closed his eyes slowly, thinking of what he had seen. “More so in places like this, I guess.”

Daniel tilted his head. “We’re the farthest we can get on this continent. It’s safe here.” He laughed as Aldric frowned. “Okay, not perfectly safe, but you know that. Why don’t you tell me about your travels?”

Aldric didn’t know exactly what to say. “I left a city like this one when…when it ended. I stayed on my own for a time. When I started traveling, others who—” his throat caught, pain blooming, and he started to cough.

“Maria, water, please!” Daniel called. Within moments Maria plunked a ceramic cup on the table, the water sloshing over the side, and Daniel nodded in thanks.

Aldric sipped as he coughed, struggling to get it under control. He sighed, the cup empty on the table by the time he was done.

“Sorry. Does it hurt you to speak? Your voice certainly makes it sound that way, and the scar…” He trailed off. “Sorry, I didn’t think…”

“It’s alright.” The words were strained. “I…I haven’t spoken to anyone, not at a meal like this, in a long time.”

“So nerves?” Daniel smiled softly. “I can understand that. We don’t get a lot of travelers here. People tend to stay in one place, buckle down until the end, or just…”

“Give up,” Aldric finished. He had considered that at one point. Still did.

“We’ll all go together when we go,” Daniel quipped, but Aldric didn’t smile. Daniel quieted until the food came.

The omelet tasted just like the ones Aldric’s parents had used to make before the war. He savored it, licking up every last crumb, more for the memories they elicited than the actual taste.

“I guess a big guy like you needs all the protein he can get,” Daniel said. Aldric met his eyes.

“How would you like to eat like this everyday?” Daniel asked, and Aldric paused. “I need someone to help protect me, and my machine.” So that was it. He had something they wanted. “Someone tough, who can scare away the forest boys who come after my things. I have resources around the city, and I can pay you, however you wish to be paid. You seem like a…well, you don’t look like someone I’d want to mess with.” He cracked a smile.

Aldric looked away, into the corner, where Teacup was snarling at a roach that had flattened itself against a wall. The dog’s paws, tiny as they were, wouldn’t fit in the crack.

“What is this machine?” he finally asked.

“If I show you, will you consider it?”

Aldric watched the dog snarl in frustration as the roach disappeared. “Yes.”