Special Agent Kate Weiss is hiding from a kidnapping she doesn’t remember.

Jack Tucker’s life as a morning radio host is uncomplicated, attachment free, and without regret.

Brought together by a mutual friend, the pair are at odds from the moment they meet. She finds his confident swagger arrogant and beyond reproach, while he in turn sees her as a self-righteous controlling dictator.

As Kate struggles with her confidence, Jack begins to realize his life without strings is missing something, or someone. Adversity quickly becomes attraction. Jack and Kate find themselves flirting with the flames of unexpected desire.

As emotions rise, scars are revealed and secrets are uncovered. Will the reality of their very different worlds bring them together or rip them apart? 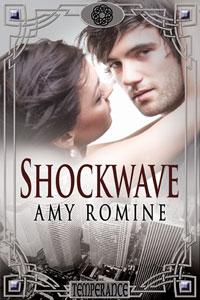 Heated bodies were pushed together like fish caught in a very expensive net. Jack maneuvered his way to the bar and requested a whiskey sour. He stood waiting patiently, his eyes staring unfocused at the design etched into the marble top of the bar. He felt a heat on his back. He turned in curiosity when his shoulder smacked into something.

He saw Kate, her drink dripping from her hand. “Sorry.” He found himself staring at her, a lump in his throat, his neck heated. “I didn’t see you.”

“It’s okay.” She moved to the spot next to him at the bar. She placed her drink on the bar and began to clean the alcohol from her hands and dress.

“You should know better than to try and navigate through a crowd with a full drink.”

“I’ll make a note for next time, thanks.” She tossed the used napkins on the bar and then looked back to him. “This is quite a place.”

“It stands out.” His focus went back to the crowd.

“Are you having a good time?”

“I haven’t seen Chris. Is he having a good time?”

“Wouldn’t know, he disappeared about an hour ago.” The bartender arrived with his drink. Jack laid some money on the bar before grabbing the glass.

“I’d better get back to Mike.” She excused herself, stepping away from the bar.

What are you doing?

They made it halfway across the floor, before becoming engulfed in a deadlock of people. Jack instinctively grabbed Kate’s hand, pushing a path through to the other side. Not realizing the warmth of her hand was within his until they reached Mike, he quickly released it, and shoved his own in his pocket.

“Hey, Jack, I see you found her,” Mike said with a grin, scotch in his hand. “I thought you got lost.”

Mike’s blackberry lit up. He grabbed it and began to read. “Crap, there’s a problem at the station. I have to go. Jack, will you do me a favor and take Kate home?”

“You’re not taking a cab, Kate.” Mike looked to Jack for support.

“We have plenty of room.”

Mike smiled. “Great, you guys have fun, and I’ll see you later.” He stepped forward, squeezing Kate’s hand. Mike moved away from them.

“We should probably get back to the VIP room.” She said, the area around them filling with an overflow of people.

“Okay.” Jack led the way to where their party was congregating. Once again, they ran into traffic between point A and point B. Jack consciously kept his hand to himself, letting her push her way through behind him. The crowd swayed, taking them with it, and he found himself trapped against the far wall. He looked to his left and saw Kate in the same situation. She made her way along the wall toward him.

A tornado of thrashing dancers erupted around them, and Jack instinctively used his body to protect her. The crowd once again crashed like a wave against the wall. He felt the pressure lessen and he looked down, meeting her emerald eyes. His body tingled, reacting to the softness against him.

“They really need to do something about crowd control.”

“I’ll be sure to mention it in my review,” he said, her scent filling him.

“Should we try and move?” She pushed her hair off her shoulder, revealing a gently curved neck, begging to be nibbled.

“I don’t know.” He caught her eyes, his body steadily becoming a raging inferno. “Usually this where I get thanked for my selfless act of chivalry.”

“You’ve already gotten one blow-job this evening, Tucker.” She hit back with a glare. “I would have thought the Viagra would’ve worn off by now.” Her eyes breathed fire. She shoved him away and dove into the crowd.

Jack followed, annoyed by her spur of his advances, and eventually arrived on the steps of the VIP area. He saw Melissa meet her with a wide smile.

“Kate!” Melissa cooed, embracing the woman. “I was looking for you, when did you get here? Where’s Mike?”

“He had to take off. Kate is going to hang out with us for the remainder of the evening. I offered to give her a lift home,” Jack said with a little too much enthusiasm. Like a dog that caught a rabbit and was proudly displaying it to his master.

“Awesome, this gives me a chance to introduce you to some of our friends!”

Melissa whisked Kate away to fashion and celebrity heaven.

Wrath of the Stars
Viola Grace
In Shelf
$3.99