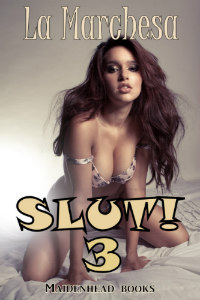 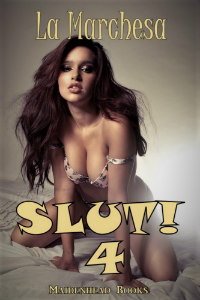 About a month after Ed and friends had their way with me, I fixated on an*l sex. After all, four out of the five gangbangers had violated my colon and I couldn't get how much I liked it out of my mind. So I asked Robert to f**k me there. He was shocked.

For years he'd been after me to try it, but I always resisted. I think he was suspicious about my change of heart, but he was so anxious to f**k my @**hole that he did it without question. We both liked it so much we fucked that way almost exclusively for a week, before we moved into new territory.

I’d never orgasmed as much before and my husband noticed. Nothing was said directly. In fact, he was quite happy with the situation, although he’d mention occasionally, about how quickly and how many times I’d come.

Yes, he did make me come. It was his c**k that allowed me to reach orgasm. It was his semen that I let trickle out of my p**sy, or he splashed onto my t**s, or I swallowed. Yes I swallowed. Could I do any less for my husband than I did for five strangers?

Nevertheless, almost every night, I cheated on my husband mentally and consequently my guilt had become overwhelming. I considered confessing which I was sure would lead to separation and divorce. Why not skip the confession and just take Bobby and leave?

Because Robert hadn't done anything, that's why.

It had been three months since that memorable day when five virile, young men had me every way you can think of and made me feel so alive, I felt like a goddess. Yes, Robert and my flagging sex life had been rejuvenated and I thought the Beast within me had been vanquished. After all, we had sex at least once a night, and with my help, Robert evolved into a fairly, good lover. Of course, he was aided greatly by the vivid memories of my gangbangers banging me as he f**ked me and when those memories began to fade, my hunger, my overwhelming need to be bad, gradually returned. The Beast was back. 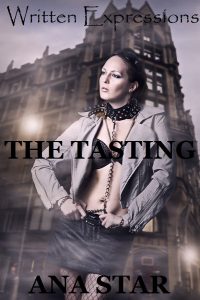