Angel Harvey has lived all of her married life under the rule of her cruel husband Mike Harvey. She has endured his abuse in order to protect both herself and her family. For years he has sent her to sleep with a male escort in order to fulfill his own fantasies.

Now that role has been taken up by D.I. Sam Markson, determined to use Harvey's wife in order to bring down his illegal empire. Will he be able to force Angel to help the police? As their relationship becomes more complicated, he is no longer sure that he should. 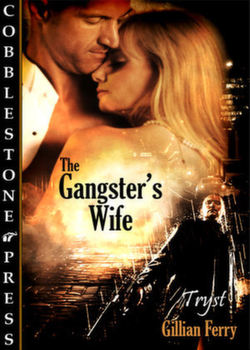 Angel stood in the middle of her opulent bedroom, naked but for a pair of high black spiked heels. Her body was rigid, her slender frame locked into the familiar ritual. Her husband Mike Harvey slowly circled her, sniffing across her shoulders, down her back and across her stomach.

“Good, lavender body butter.” Excitement was already starting to creep into his voice. “Sit down.” He pointed to the gold-and-cream-embroidered chair positioned in front of a marble dressing table. “Let's see. How shall we have your hair tonight?”

Angel knew he was not actually asking her, so she just kept staring ahead into the gilt-edged mirror. All she saw was a vessel, an empty body; the real Angel was still in there somewhere, but buried deep down for her own sanity. Mike started brushing her golden hair, long strokes almost to the middle of her back. She could still remember a time when she had loved having him do that, a time before misery and cruelty became her life. The hair drier started, and still she stared ahead; large, empty brown eyes looked back at her. Her face, like her body, was small and round, her features all in proportion, a tiny button nose and bow-shaped lips.

“Definitely a night for your hair to be tied up, I think,” Mike continued, reaching for the little diamond-headed pins that would make her hair sparkle as the light hit them.

Then he began to put on her makeup.

“Smoky eyes tonight, lots of eyeliner. A little rouge. You are looking a little pale—I hope you're not feeling ill.”

“And bright red lips. Oh yes! Okay, stand up,” he ordered. Angel stood, again taking her place in the middle of a silk oriental rug.

“Oh, tonight I think you're going to like it rough. You're going to be such a naughty girl.” Mike's tongue flicked quickly around the edges of his lips.

He went over to a large walk-in wardrobe, his special one, at least five meters deep and full of sex toys, creams, play costumes, lingerie, and more. He walked out holding a coat hanger that had barely anything on it.

“Put this on.” Angel could see his excitement becoming more acute: a bulge showed in his trousers where his erect penis struggled against the material.

“Put the thong on first,” he encouraged.

Angel wriggled into the black silk thong, then pulled on the suspender belt, with red roses at the top of each catch. She slipped on the stockings, stretching her legs up onto the four-poster bed to smooth them out, just how he liked. Next came the basque; he pulled in the fastenings so tight Angel could hardly breathe, yet she didn't say a word. It came just above her breasts but had holes in it so that her nipples were on display.

“Yes, yes,” he muttered, “very nice.” He walked around her, tongue circling his lips faster and faster. He walked to the dressing table, chose a perfume and gave it to Angel.

“Dab it between your breasts, and around the top of your thighs. Excellent!” He went back into the wardrobe and emerged with a black knee-length mac. “Put that on.” Angel could tell he was finding it difficult to contain himself now.

“George, Ryan!” he yelled. Instantly the bedroom door opened and two large, burly men filled the frame. “Take her to the Mylton. Her bag’s in the hallway”

Thus Mike Harvey sent his wife off for a night with a male prostitute as he pleasured himself at the thought of it. 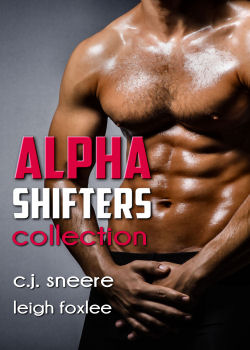 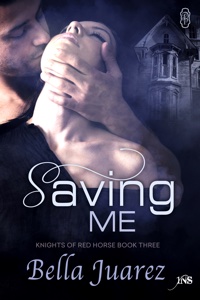 Saving Me
Bella Juarez
In Shelf
$2.99