All he ever wanted was a family and some land for farming. Instead, his dreams were ripped at the seams by a ruthless king. Choosing to become a mercenary, Gregorii has roamed the land clinging to a past he thought long gone—until Emmeline stumbled onto his path. Now, his dreams resurface and hope reemerges. The only problem is Emmeline’s defiance.

Emmeline has a secret. An important secret. A dangerous secret. Few know her mission. Fewer know her past. When Gregorii turns up in her life, past, present and future unite and her whole world threatens to crumble.

More From The Mercenary Tales

Sharply taking hold of her hands, he tied her wrists together. Pulling her to her feet, he bound her to the lowest branch, forcing her to almost stand on her tiptoes. Her face was flushed, her eyes bright and her hair disheveled, the taut braid she wore earlier practically gone. Gregorii swept his gaze over her body and he felt his cock ooze in appreciation. She was truly gorgeous. Curvy, with toned legs and breasts with large hard nipples begging to be touched and tasted.

“Grearióus, release me or I will kill you,” she threatened in a low murmur.

He lifted his eyes to her face and licked his lips. He was anxious to kiss her again, yet he knew it would not be an easy task at the moment. “I believe your position is not exactly one of ease for killing, though I do not doubt your capabilities. You have a nasty right hook,” he said, rubbing his shoulder. “And incredibly strong legs, not to mention a delicious tasting pussy. No wonder you became mistress of the brothel.”

Emmeline spat at his feet and he grinned.

“Tell me what I want to know and I will release you and no one will know the better. We can even have a peaceful fuck afterwards. I know you want it as much as I do.” He glanced into her eyes, but she spat again, this time the dribble landing on his face. Chuckling, he brushed it off like a bothersome fly.

“I’ve been submitted to worst torture than this. You don’t have it in you to hurt me. You were never good at hurting others.”

“It’s been ten years, Avalina, I have changed.”

“No, you haven’t. You are still the gentleman, the kind hearted soul who will help maidens in distress. You might be a mercenary, but that is only on the outside. Inside, you are still that playful boy with a heart of gold. I have seen you fight before and it was not what we just did here. You didn’t want to hurt me,” she accused.

“You didn’t want to hurt me too badly, either. You killed that man in the woods without contemplation. Right now, you doubted your moves or we would both be very badly injured. In truth, you’re still that vulnerable child challenging everyone because she’s scared of the world.”

“No, Grearióus. I lost my vulnerability the moment Ragnahall burned down. I admit I am scared of the world. You have no idea what is out there, Gregorii,” she whispered anxiously. “But now, I challenge for survival.”

He watched Emmeline carefully as she lowered her lashes and chewed on her bottom lip, mulling on his words. In two strides, he stood inches away from her, his fists clenched at his sides so he wouldn’t touch her. She glanced up at him with large brown eyes full of fear, causing his heart to flutter nervously. “Why won’t you tell me why you’re really going to Karpathian?” he asked softly.

Emmeline squared her jaw, her lips thinning and her eyes growing hard. “There is nothing to tell, Gregorii.”

She shook her head, lose strands of her long hair falling over her face, framing the pink lips he itched to kiss.

“Like I said,”—she lifted her cool gaze to his eyes—“there is nothing to tell.”

“I will torture you for information.”

“I am no stranger to pain.”

Gregorii grinned and laughed. Reaching out, he roughly cupped her jaw. She inhaled sharply. “The torture I have in mind for you, Emmeline, my sweet Avalina, is quite different.” Dropping his head, he captured her lips in a searing kiss. She hesitated for a fraction of a second before opening her mouth to him and allowing his tongue to brush hungrily against hers. Gregorii pressed the length of his body against hers, wanting her to feel the need between his legs. He dropped his hands to her ass, caressing and squeezing the firm, round globes. Emmeline whimpered, the sound fueling his desire to new heights. His fingers brushed against the apex between her thighs, the heat there blazing. Panting slightly, he pulled away.

“I am no stranger to sex,” she said huskily.

Gregorii grinned. “I know, but I believe that like most whores, you are a stranger to soul weakening desire. The kind of attraction we feel for each other is as strange to you as it is to me.” 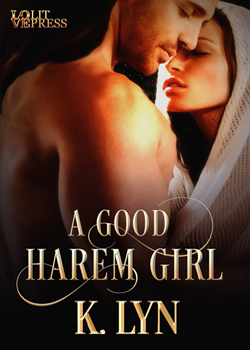