Madison James is a plus-sized office manager at her father’s company. After an incident with another partner in the company, she finds out that she has to work with the sexiest, manliest, most annoying man she’s ever met. She’s been in love with him for years, but knows she’d never have a chance with a man like Yuma Wolfe. Yuma is a partner in her father’s company and has spent the last few years waiting for her to grow up to become what he needs her to be. His alpha male streak is on high alert after a night of pleasure at a local BDSM club with Madison. He’s ready to make her a permanent fixture in his life, but can Madison work through her own insecurities and issues that come up at work to get the only man she has ever really loved?

As Madi walked into Yuma Wolfe’s outer office area, she cringed at the mess in front of her. Cheri hadn’t done much…of anything, apparently. Folders and papers covered her desk, were stacked up on the floor, and on the chairs in front of the desk.

Someone screeched—she wasn’t sure who until Cheri, tall, blonde, and slender, came storming out of Yuma’s office. “You bitch!” She stepped in front of Madison. “I can’t believe you did this to me.”

“Cheri? I didn’t want this change!”

“Everyone wants to work for Mr. Yuma ‘Sex-God’ Wolfe. You just have the daddy power behind you to get us the hell out of your way. Well, don’t you worry. I will have him at my knees, begging for a chance to fuck me.”

“That’s nice to know, dear. Dad is waiting on you. He has a nine-fifteen appointment. I have the files he needs for it on my, I mean, your desk.” Madison looked for a place to toss her purse but came up empty. The organizational aspects of this job were going to take forever.

She waited patiently for Cheri to storm out of the office area. She began the long but necessary task of straightening out the filing system, or in this case, creating one while managing the phones. By the time lunch came around, she had managed to sort things into orderly stacks, placed folders in their proper places in the filing cabinet, and was trying to file things correctly so she felt comfortable enough to go to lunch.

Lunch for her was an apple, a cold bottle of diet Mountain Dew, and a steamy erotica book. This one, she was pleased to read, involved BDSM—her favorite. If only she could find a man like that! She was enjoying a delicious spanking scene when Yuma’s office door opened. Unfortunately, she was so engrossed in the novel that she didn’t notice him until he was standing in front of her, reading the title.

“Spanked.” He sounded a bit incredulous as he read the title. “You like to read books about spankings?”

“Um, well.” She quickly folded the corner of the page down and reached down to tuck it into her purse. “I guess.” She couldn’t bring herself to look up into his pale-gray eyes, knowing that he would be mocking her. None of the guys she had dated had been interested in her sexually submissive nature.

“Have you ever tried it?”

“Wolfe! You can’t ask me questions like that! It could be considered sexual harassment.” She crossed her arms over her chest, trying to keep those stiff points in check. She could feel her cunt getting wet at the thought of Yuma bending her over the desk, raising her skirt up, and bringing his hand down sharply on her ass. Again and again, until her pale butt turned pink and her pussy dripped down her legs.

“Fuck.” She watched his nostrils flare as he took in her expression. Her emerald-green eyes had darkened, and her lips had parted. “Have you ever had your ass beat till it was pink? Felt your lover possess you in every way possible?” He snarled at her.

“I think that you should mind your own business,” she whispered but couldn’t look up at him. Those pale-gray eyes could look into her soul, and she didn’t want him to see anything there!

“Look. At. Me.” His voice, hoarse all of a sudden, rumbled out of his huge chest. “We will discuss this later. Do you understand me?” He was breathing roughly, his cock so hard it hurt against the waistband of his slacks.

“We’ll see.” She dared to glance at him. “Was there something you needed, sir?” Her voice was husky as she responded to him.

“I need the file on the Crosby-Titan merger.” She nodded, stood, and began to rifle through the files she’d just been organizing in the cabinet. “Here you go.” As she handed him the file, she moved around the desk.

“Where are you going?” His high cheekbones were ruddy as she brushed against him. She couldn’t believe it when he adjusted his cock in front of her.

“To the bathroom, Master Yuma. Is that okay with you?” she replied flippantly as she left the office.

As he watched her flaunt her way out of his office, he stroked the length of his cock through his impeccably tailored slacks. “Master Yuma?” Oh, she’d be calling him that again. He walked into his office, planning already. She was going to be his.

It was over she thought, a bit disappointed. After years of wanting him, just to suck his dick seemed a bit of a letdown. Not that she didn’t enjoy it. She had just wanted more of him. She gasped as she felt his fingers slide down her pussy. They encircled her clit before sliding back to her opening, teasing but never really thrusting inside of her.

“Did you think we were done, Madi?”

“Yes, sir,” she moaned as her fingers clenched. He moved back toward her clit but wouldn’t quite touch it. “Please, sir.”

“Please what? What do you need, Madi?” Again, his fingers caressed her, sliding back and forth across her cunt.

“I need to come, sir.” Pleading with him, she let her control slip bit by bit.

“You just came. You can wait a while.” She moaned as he thrust his finger into her pussy to the first knuckle and wiggled it around.

“A couple,” she gasped, trying to rock back against his hand.

“Did you enjoy it?” He slid his finger out and brought it to his mouth. She could hear him sucking her juices off of his finger. “Fuck, you taste good. I could eat you up.”

“Did you enjoy it, slave?” Her body jerked at the moniker he gave her. He watched as her pussy gushed, more liquid sliding down her thighs. “Did you enjoy it when those pansy boys fucked my pussy?” His hand reached down and smacked her pussy. She screamed “no” as she almost came on the spot.

“Why didn’t you enjoy it, baby? What couldn’t they give you that I can?” He leaned down and bit at the left check, right above his brand.

“They were pansy boys, sir,” she gasped out before another, harder smack landed on her vulva. She shuddered as she panted, trying not to come without his permission.

“I don’t think that was the right answer, baby.” Wet fingers slid up to encircle her anus. He tapped it a couple of times before sliding back down to her pussy. “Try again.”

She heard him moving before she felt the rough hair of his beard and goatee against her thighs, felt his warm breath blow against her wet pussy. His tongue traced her wet flesh, flicking over the hard nub of her clit before dipping into the overflowing well of her pussy.

“They weren’t you,” she whimpered, her voice barely audible in the silence of the room. A thick finger speared into her sensitive flesh.

“I couldn’t hear you, Madi. Tell me again!” he demanded before sucking her clit into his mouth. She shattered as she screamed it again and again, her body shaking as her orgasm slammed through her body, making her legs shake and her body tremble.

He was shaking, too, as he pulled away from her pussy. His face wet with her juices as he stroked his cock. “Mine!” he snarled as he pushed his thick cock into her pussy. One hand reached up to get a handful of her beautiful red hair. “Mine,” he repeated again and again as he tried to push more and more of his cock into her swollen tissues.

She grunted. She’d never felt this full before. Pleasure-pain filled her pussy, enhancing her pleasure as she mewed at him, begging for more without saying a word. She needed more of him, more of his hard cock, and she needed him to pound into her.

“Relax, baby.” One hand managed to reach under her and tease her clit. His finger swirled over it, and then suddenly pinched it between his two fingers while he shoved himself deeply into her cunt.

She screamed, or at least she tried to, but nothing came out of her mouth as an intense orgasm crashed over her body. She shook, her whole body felt like jelly, but he didn’t let up. Slowly, he pushed in and out of her body as her vaginal muscles tightened around him. As her orgasm ended, he pulled out of her depths.

He walked around her, releasing her bonds and pulling her off of the bench. He took her to the corner of the room where he almost tossed her on the bed in his haste to be with her. She watched, wide-eyed, as he tugged off his cowboy boots then slid his black jeans off of his muscular legs. His chest, broad and muscular, was covered in a fine pelt of black hair that tapered down to his groin.

As she watched him stalk toward her, her fingers slid down to her waxed pussy. Her fingers trailed over the smooth flesh as he got closer to her. “Take your hand off of my pussy.” The command, while low, was menacing just the same.

“It’s not your pussy, Yuma.” She stretched under his watchful gaze. “I am my own person.” Just the same, her hand moved closer to her stomach.

He leaned his body over hers. His cock rested against her pussy as he pulled her arms over her head. “While we are here, this is my pussy,” he ordered. With one hand, he held both of her wrists over her head, and he used the other to position his cock against her clit, rubbing against it before sliding down.

She arched up to help him, but he refused to enter her. He teased her slowly, again and again. “What do you want, Madison?” He moved his dick up and down, slowly teasing her.

“You,” she whimpered as she wrapped her legs around his hips and thrust up.

“Who do you belong to?” The head of his cock rested against her opening with just a little of him stretching her open.

“You,” she screamed as he pushed halfway inside her. 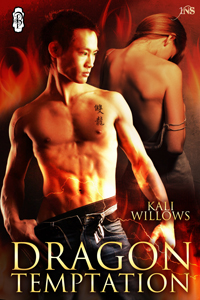