Hidden behind the Fables Hotel's respectable facade, five specially adapted rooms wait; ready to cater for the kinky requirements of its guests.

When Mrs Peters, the mistress of the hotel's exclusive entertainment facility, meets the new booking clerk, Jess Sanders, she instantly recognises the young woman's potential as a deliciously meek addition to her specialist staff. All it will take is a little education.

Temporarily distracted from her intimidating rule over Fable's top floor by an enigmatic artist, Mrs Peters begins to plan how she can secure his obedient assistance, in grooming Jess into the perfect submissive... 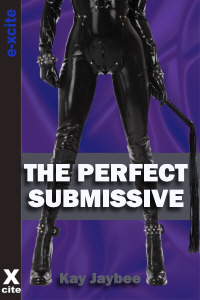 “If you like to read ultra-kinky, smart erotica, then this book’s for you.” Oysters & Chocolate

“If you like to read ultra-kinky, smart erotica, then this book’s for you.” Oysters & Chocolate

Snapping her mind back to reality, the manageress glanced at the wooden-cased grandfather clock that stood behind the hotel bar. It was a couple of minutes to 11.00 p.m. and the poised man at the corner table, who'd sparked her imagination so powerfully, had been watching her for a least half an hour.

Sitting alone on a padded stool, her back resting against the bar, Laura could clearly picture the thoughts running through his mind. Is she an escort or a prostitute? A business woman travelling alone to a conference? Does she have a partner about to join her? She knew it wouldn't occur to him that she was the co-runner of the Fables Country Hotel in which he was staying.

Shaking out the long russet hair that hung down her neck, Laura felt it smother her shoulders. Fixing her bright green eyes on one of the ghastly paintings that adorned the hotel lounge's walls, she hid her smile as the guest continued to observe her. She wondered when he would make a move. He was, or appeared to be, exactly what she was looking for.

Without giving the stranger the satisfaction of seeing her glance at him in return, Laura mentally weighed up his appearance. At approximately 5' 9', he was only an inch taller than her, and she guessed his age to be in the region of 35. His short-sleeved shirt revealed his arms to be muscular without being overworked, and as he sipped at his pint of beer she noticed the signs of a small tattoo peek from beneath his casually smart polo-shirt sleeve, although she was unable to see precisely what it depicted. Reining in her thoughts from too much speculation as to the nature and extent of his body art, Laura continued her silent summary of his physical attributes.

The short brown hair that framed a roughly shaved face was speckled with the first flecks of grey. Almost square in shape, his rugged confident face held deep brown eyes. Those eyes seemed to hold so much promise, and Laura felt a frisson of lust trip down her spine as she wondered what it was going to feel like when he locked them on to her own and begged her to make him come, pleaded with her to... Laura took a deep breath. She was convinced that it would happen, and was already quietly looking forward to seeing how he would cope with what she had in mind.

The Diary of Anna's Submission (MF)
Jenika Snow
In Shelf
$3.99
Tweets by
sirenbookstrand