The Thing about Elves

It’s been two years since Angie’s friend, Tessa, got married to Jedrick and introduced her to his brother, Ardan. From the moment, she saw him she knew he was the man for her. There’s only one problem…he’s elf…an elf who swears human and elves don’t mix. But Angie has other plans in mind.

When Ardan asks her to his house after the delivery of Tessa’s and Jedrick’s twins, she jumps at the chance. Even though he keeps telling her nothing will happen, they have been doing this dance for a very long time. And when she teases him by caressing his body, Ardan knows he’s lost. But love and commitment are more than just hot sex.

Ardan still doesn’t trust human women and Angie is determined to prove that she is the woman…the only woman…for him. She loves medicine, the North Pole and him more than anything else in the world. When Ardan is summoned to help a hurt elf, he is unavailable and Angie goes in his stead to prove to him that she loves the community of elves as much as he does.

But something goes terribly wrong and Ardan is left to care for a comatose and possibly dying Angie. Ardan realizing just how precious this woman is, vows to prove to her his love is fathomless. No matter what the future holds.

The Thing about Elves 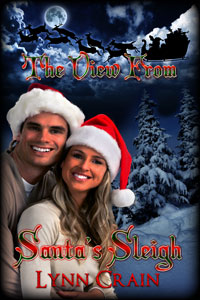 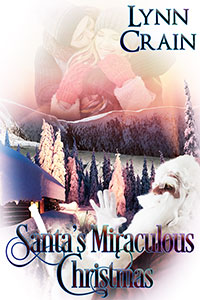 Chuckling, she felt him in her cunt, the tiny vibrations heightening her already susceptible senses even more. “Of course, it probably wasn’t. Human men are jerks when it comes to that part of the anatomy. It can and will be very pleasurable when we do it, I assure you.”

“If you say so,” she murmured.

“I can’t promise I won’t take you there tonight, but I will take you to new territory all the same.” Making her wetter, he began working her ass tenderly, rubbing his finger to and fro, up and down, until she was a wiggling mass.

She had never felt anything like this before. No one had ever touched her in this way, with this much respect and feeling. Soon, Angie moaned for something she didn’t understand or ever think she would want.

Slowly, his finger penetrated her ass and she almost exploded. Not moving, he allowed her to adjust to the new sensations. And what sensations they were. This was nothing like what had happened before, this left her craving for more and she found herself pushing hard against his hand.

“That’s right. Push down,” he encouraged.

Soon she had engulfed his whole finger. Now she had one in her cunt and one in her ass, and each brought such pleasure she thought she would die before she ever got off. But he still had more surprises in store. Leisurely, he began to move both fingers, in and out, fast and slow. Pushing. Pulling. Tugging. Giving. To the point where she was one massive, quivering piece of flesh. Leaning down, he blew on her clit and she knew that within a matter of moments she would be lost.

Alternating between thumb and tongue, he laved her body with wetness then hardness. Sensations came and went. He brought her up to a peak and let her down gently, never allowing her to go over the edge. Her pussy throbbed in ways she had only imagined were possible. Moaning out loud, she began to pump her hips up and down, grateful that he followed her every move. He continued to finger and tongue-fuck her until she felt she couldn’t stand another minute.

Hot pleasure began to rain down on her in molten globs. Her breath came in shorter and shorter pants. And then, he gently bit on her clit and she went tumbling over the edge.

Mine for Eternity (MF)
Keyonna Davis
In Shelf
$4.99
Tweets by
sirenbookstrand