Eve could not help but notice him. He was all man. The perfect man. And now she was going to meet him on the top floor. Her fantasy of being noticed by him soon became reality. He not only noticed her but wanted her, right there, right now. Unable to control her own body’s desire she allowed her self to be taken over by this man in the most memorable boardroom meeting. 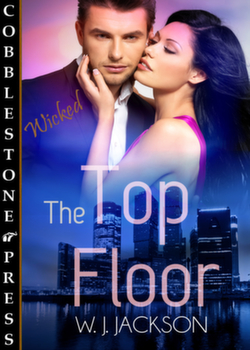 “Eve, you’ll need to sit in on the meeting for me. Take notes then fill me in after. That ok?”

Eve listened to her boss who was stuck at JFK airport.

“Great. You’re the best. Meeting is at four. I’ll call once I know what flight I’ll be on.”

Eve looked at her watch. It was a little after one, so she had a few hours to prepare. Kirk Williams, the president of the company, had called the meeting, and all the department heads had been told that attendance was mandatory. Eve had been working for Stuart Cutter, head of acquisitions, for six months as his personal assistant, and she loved the job.

Kirk Williams’ office was on the top floor, together with the boardroom where the meeting would be held. Eve had never been up there before. There were no other offices on that floor, so only by invitation did lower employees go up there. She had seen Kirk in the foyer downstairs and in the elevator. Any woman with a pulse couldn’t miss him. His presence filled a room, distracting from all else.

When Eve found herself in an elevator with him, she could barely breathe, trying not to stare but wanting to at the same time. He always smiled and said hello. He was polite, charming and so very sexy. His body filled his designer suits perfectly, and that messy dark hair made her want to run her hands through it.

Eve glanced at her plain grey suit and felt very dull. Boring. She was finally going to meet Kirk Williams formally, and she didn’t want to be dull. Taking her lunch break, she headed home to her small apartment to change.

Eve stripped down to her white bra and cotton panties in front of her closet and wondered what she could wear to impress. She wanted to stay working at this company, wanted to move up the ladder, be noticed. At twenty-eight, she had a good figure, and she worked hard to keep it that way. Her legs were one of her best assets, she had been told.

Her pulse quickened, and she forced herself out of the fantasy. She pulled out a white skirt, a black dress, red pants. No, none of those worked. She wanted to look sophisticated, yet feminine and definitely sexy. Everyone else would be in suits, as expected for departmental heads. But she was an assistant, and she could be a little different.

She reached for a wrap dress in deep royal blue. Slipping into it, she tied the straps around her waist and fastened them at the back. The dress was short, but not too short. The wrap at the front gave a deep V-neck that accented her breasts perfectly.

Turning to look at herself from all angles in the full-length mirror, she frowned when she saw the outline of her panties. She took them off and swapped them for a G-string. Damn, there was still an outline. She took them off and looked again. No lines. The dress smoothed over her ass and hung without a line. No panties then. Then she noticed the white bra through the blue fabric. She glanced at her watch. Her time was running short. She undid her bra and took it off, tying the dress back in place. Her breasts were pert enough that she didn’t need the support of a bra anyway.

She touched up her light makeup and combed her long dark hair with its natural soft curls. Adding some perfume, she stepped into blue high heels and took a final look in the mirror. Yes, she liked this look, and she enjoyed the sensation of the silky fabric against her naked body.

Not long after she returned to the office, it was time for the meeting. Her earlier excitement and confidence was diminishing in favor of nerves. She gathered her notepad, pen and phone and headed up to the top floor. She wasn’t quite sure why she was so nervous, she was merely going to take notes on what Mr. Williams had to say.

At the thought of him, her mouth went dry and her nipples hardened, making them poke out against the soft material of her dress. With a little gasp of horror and cheeks heating with a bit of embarrassment, she folded her arms, pressing her notepad against her chest to cover herself.

The elevator stopped at the top floor and she got out, heading toward the reception desk, where a young, pretty, blonde woman greeted her with a smile.

“Yes, I am Eve Silva, Stuart Cutter’s assistant. His plane got cancelled so he asked me to sit in on the meeting on his behalf.”

Eve ignored the derogatory tone the woman used and glanced around as Blondie made a call. A large room with frosted glass doors was to her right, which looked like the boardroom. To her left was a glass office. The door was closed, but she could see a man looking out the window, standing with his back to her. Her breath caught, and her stomach clenched. It was him. As she stared, he turned and met her eyes, still talking on the phone. He smiled that sexy smile. She smiled quickly and turned back to Blondie, who was just hanging up the phone.

“Mr. Williams says you may stay for the meeting. If you would like to go through the doors to your right…”

“Thank you.” Eve walked into the room, trying not to show how nervous she was. The other department heads were already there, and she smiled and nodded hello. She had met most of them over the past six months, but never really had any conversations with any of them. She took a seat at the back of the room, as she was merely there to take notes. A few minutes later, right at four o’clock, Kirk Williams sauntered into the room.

“Good afternoon, everyone. Thank you for being here.” His gaze moved around the table and settled on her. Eve’s face heated with a stinging blush as his gaze seemed to penetrate right into her.

She nodded, not trusting herself to speak. He smiled then spoke to the others.

“Miss Silva is here on behalf of Stuart Cutter, who I understand is stuck at JFK. Is that right?”

His eyes were back, boring into hers.

Their eyes stayed locked for a few seconds before he sat down at the head of the table. She took up her pen, ready to take notes. Her body was very hot, despite the air conditioning. She tried to relax and watch Kirk, enjoying the fact that she could stare at him this openly.

The meeting kicked off with Kirk announcing that he planned to buy out three smaller companies over the next twelve-month period. Eve couldn’t concentrate on his words because his body, the definition of his muscles visible through the white shirt, distracted her. He didn’t wear a tie and had the top two buttons of his shirt undone. His tanned skin was a gorgeous contrast against the white, and she couldn’t keep from imagining what it would be like to undo the rest of those buttons.

When she realized how long she’d been staring at his chest, she snapped her gaze to his face, only to find that he’d been watching her. He was still talking, but a small smile tipped the corners of his mouth.

She needed to focus, to take notes. She was missing everything he was saying. Grabbing her cell phone, she had an idea. She found the microphone and switched it on. She would record the meeting and put it in note form later. She looked back toward the front of the room, only to find him watching her again. Or was she just imagining it? She tried to concentrate on what he was saying, but her attention wandered to his full lips and that strong, square jaw. 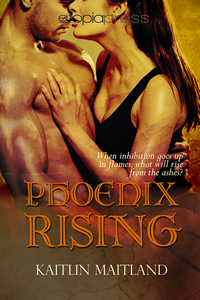 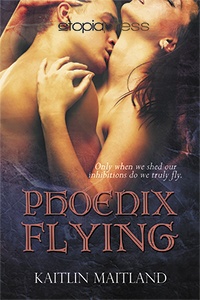