For Elain Pardie, every night is a three dog night. With Ain, Brodey, and Cail Lyall as her mates, Elain's biggest worry is getting through her wedding. She doesn't want to let the cat out of the bag to her mom that she's living with three Alpha wolf shape-shifters.

Between learning about her new way of life, a creepy, mysterious stranger in town, and a hot-to-trot feline shifter with her sights set on Brodey, Elain's got her hands full. Not to mention her strange need for a hunt is back with a vengeance. Can life get any crazier?

Ain, Brodey, and Cail suspect it can: someone's killing shifter mates. As a cousin and his new mate move in, Ain's worries mount. And while trying to untangle secrets of Elain's distant past, Ain discovers a connection to an old family that could threaten not just their happiness...but their very lives.

5 ANGELS: "This third book is the best book yet. It is always a pleasure to get to come back to characters with whom you have fallen in love and see them moving on in their lives. There is an element of suspense in this book that suggests Elain could be in mortal danger. The answers to her unknown background are hinted at throughout the book, keeping me on the edge of my seat and guessing at the truth...I do recommend that the books in this series be read in order and together, as reading them out of order or as standalone titles would take away from the overall plot." -- Melissa C., Fallen Angel Reviews 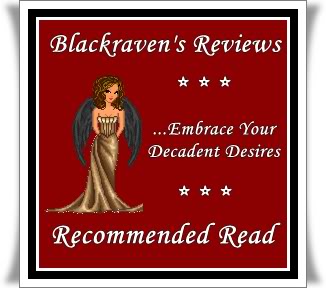 5 RAVENS, RECOMMENDED READ: "I have to confess, Three Dog Night is my favorite in this series, and the most frustrating for this reviewer. Tymber Dalton, gives her readers the history this series needed. The prologue, was one of the most intense lead in that I have ever read. The Abernathy sound purely evil. The death of the Lyall boy’s parents all those years ago left some suspicions as to their deaths. Elain is getting more anxious and feisty with the guys this time around. I could not help but laugh a little. It is going to be interesting to see how far they let her carry it, Alpha female or not. Elain is learning as well that her, “Men” had past lives as well as past loves. The scene with her and Kimmie was touching, even though I thought Elain’s inner dog was going to have her first feline dinner. *snort* Ain, Cain and Brodey, find themselves at battle within themselves. Especially, considering that the secrets they hold could change everything in regards to the relationship that they have built Elain. Should they trust in what they have and lay it all out for her? When and if they do, will the fur fly? The second level characters stood out as well. Oh I so do love Mom. Once again, the plotline was freaking awesome! There were times that I just wanted to scream. I mean come on Ms. Dalton, you are killing me here. *grin* The Ending will have you sitting on the edge of your seat. Talk about a cliff hanger, I am so needing the next book. All I can say is MORE because if you read this series that is exactly what you will be wanting. I have it on good authority, from the author herself there is more to come in this series." -- Lace, Blackraven's Reviews

4 DRAGONS: "Three Dog Night is the third book in the Triple Trouble series. I was so enthralled with Ain, Brodey and Cail, not to mention the feisty Elain, I couldn't put this book down. I read this story so quickly, then I just had to get the first two books in the series. Though I started with book three, I think it would have been better to read the books in order. Ain, Brodey and Cail loved Elain in bed and every other room of the house and outside for that matter, and these three are Alpha males who expect their mate to obey them. Of course Elain is a strong woman who is not about to let anyone steamroll her, even if they were wolf shifters and Alpha males. I have to say three hunky men who know what they want and have the determination to make it happen just melted me on the spot. If only they really existed. Elain is one lucky woman, loved at every chance and never left her wanting. What woman would turn down three sexy men who could make the world turn? That's what this story felt like as I read it. I hope Tymber Dalton will continue to write more about the Triple Trouble series. It seems like there is still a lot left to be told about what is going on in their lives. Don't miss any of this terrific series. It will keep you craving the next installment of these three men and Elain. If you like wolf stories this one definitely delivers." -- Judy King, Veiled Secrets Reviews

“When are we leaving?” Brodey continued nuzzling the back of her neck. She hadn’t gotten dressed yet, still wore her bath robe, and needed a shower.

Cail sipped his coffee. “Probably after Brodey gets done jumping you,” he said with a smirk. Ain and Cail had already showered and dressed. Brodey had left their shared bed first to eat breakfast.

Now Elain realized that was probably his plan the entire time.

Brodey rumbled against the back of her neck again, but this time she recognized the sound as his, “Please fuck me,” growl. Brodey was her playful—albeit perpetually horny—puppy.

She felt his stiff cock poke against her butt through his shorts as he ground his hips into her. “Please?” he whispered.

Ain laughed. “It’s your call, babe. I can order him out to work.”

Brodey softly whined against her neck, making her laugh again. “No, don’t do that,” she said. She turned and draped her arms around Brodey’s neck. “All right, you big baby. I’ll take a shower with—” She let out a scream as he threw her over his shoulder and ran for the master bedroom.

Cal and Ain laughed. “Bring her up to the main barn when you finish with her,” Cail called out. “And don’t take all day, dammit.”

Brodey slammed the bedroom door behind them and dropped her onto the bed.

“A little warning next time,” she scolded.

He pounced, kissing her and silencing her protests. Who was she kidding? She loved having them lusting after her like this. She’d never felt as sexy as she had since getting together with the brothers.

Brodey worked his way south, down her neck, his lips and tongue teasing and tasting, stirring pleasant pulsations deep in her core. He pulled her robe open and kissed his way between her breasts. “You know I can’t help myself with you. You always smell so damn good. I can’t keep my hands off you.”

She tangled her fingers in his hair. He kept his a little longer than his brothers, just this side of shaggy. “How do I smell to you?”

“So what you’re saying is that I smell like fabric softener?”

He froze, then laughed and lifted his head. “Um, I’ve never wanted to fuck a bottle of fabric softener, babe.”

“I should hope not.”

He nuzzled her left breast, his hot, moist mouth teasing her nipple into a hard peak and setting her insides on fire. He gently nipped, just enough to send shockwaves straight to her sex and make her gasp and wiggle her hips against him. One of his knees was perfectly positioned between her legs, and she ground against him.

“Mmm!” He lifted his head. “That’s my girl.” He pressed his leg a little more firmly against her as he switched to her other breast and repeated the sweet torment.

Elain closed her eyes and wiggled her hips. She’d be lying if she said she didn’t enjoy this, having three hunky guys at her beck and call for the rest of her now extremely long life, thanks to being mated to them.

“I thought you wanted to take a shower?” she asked, still wiggling her hips.

“We will. Eventually.” He worked his way lower. She moaned in protest when he moved his leg so he could kiss her belly.

He chuckled and lifted his head. “What’s the matter?”

Elain glared at him. “You know damn well what.”

She knew he would, too. He worked his way south, grabbing the waistband of her panties in his teeth and tugging them down. She giggled. “Don’t rip them like you did the last pair. I’m running out.”

He waggled his eyebrows at her as he released her panties, then slipped his fingers under the elastic to slide them down her hips. “Maybe that’s my plan. Did you think of that?”

“I’m gonna need a chastity belt around you.”

He tossed her panties onto the floor. “I’d shift and chew through the fucking thing. Nothing can keep me away from you.” He dropped his head to her mound and slowly laved her clit with his tongue.

Elain closed her eyes and twined her fingers in his hair again, then tightly gripped it with her fist. He was always sweet and tender, if not energetic, with her. By contrast, he loved for her to manhandle him. The rougher, the better.

He growled, low, expressing his pleasure. In return, he slowly fucked her with his talented tongue, going deep, then withdrawing to circle her clit. He repeated that pattern for a few minutes, tasting and teasing her, until she gasped with need.

Brodey lifted his head. “Tell me what you want,” he whispered.

He kissed her clit, flicked it with his tongue, blew warm air over her flesh. “Have I ever teased you, babe?”

One eye popped open and glared at him. He laughed. “Okay.” He lowered his mouth to her again, and this time he worked at her clit with his tongue, flicking it. When he knew she was on the edge, he grabbed the sensitive nub of flesh with his lips and gently sucked.

She screamed as she came, yanking on his hair and clamping his head between her thighs, refusing to let him stop until she’d finished coming. After Elain finally went limp on the bed and her grip on him relaxed, he rested his chin on her tummy and looked at her.

He sat up and shimmied out of his shorts, exposing his rigid member. Trite and clichéd, but she loved the sight of her men’s cocks. All three were well-endowed. Not monstrous, but possessing the exact length and girth to fill her to sexy perfection.

He knelt between her legs and lifted her feet to his shoulders. He kissed one ankle, then the other. “In the mood for a wild ride?”

She grinned. “Saddle up, cowboy.”

“Yee haw!” He plunged his cock into her, leaning forward enough to press her thighs against her body. “Gonna fuck you deep and hard, baby.”