Haden is trouble walking, and the last thing Taggart ‘Tag’ Wells needs in his life. But the big biker has promised to protect him. The Nighthawks are out for Haden’s blood, and the bear shifter would just as soon give this wannabe tough guy over to them, but loyalty to his MC comes first. Something about the hazel eyed prospect brings out the beast in Tag. Can Haden’s charms soften his heart, or will they lead him into dangerous territory?

Kit Harrison hates his boss Liam Briggs. Heir to the wealthy Briggs werewolf clan, this music mogul is insufferably arrogant. But after a major project catastrophically fails on Liam, Kit sees another side of the record producer, and they begin a tempestuous relationship.

Enter Peter Briggs, Liam’s older brother who is a homicide detective with the supernatural police department. His arrival uncovers shocking secrets that challenge Kit’s loyalties. When Kit ends up in Peter’s bed, he finds himself torn between two powerful shifters.

Dominant males collide, and the passion grows hot and heavy.

“Whoever did this didn’t plan on leaving any clues.” With gloved fingers, Peter examined the severed hand he and Xavier found in a import container at Port Metro.

“If it wasn’t for that anonymous tip, we wouldn’t have found it.” Xavier bent down beside him and sniffed the air, pungent with the scent of the Pacific Ocean. “They got sloppy, leaving this hand behind. Maybe they were in a rush. Afraid they were going to get caught.”

Peter nodded to his long time partner, in life and on the force. “Night shift dock worker could’ve stumbled onto the killer before they finished up.”

“Would explain our anonymous tip.”

“That’s what I’m thinking.” Peter called over the crime scene technician and asked her to store the hand in a brown paper evidence bag. He and Xavier combed the scene for more evidence.

“Our killer isn’t human.” Xavier scented the air again. “We know that much.”

Their perp was definitely supernatural. Peter and Xavier knew that much from the pattern of gnaw marks on the hand and the smell that lingered at the crime scene. The bite looked like it belonged to a ghoul, but that theory didn’t sit right with Peter. Though ghouls made short work of dead flesh, leaving little behind after they finished their meal, ghouls didn’t like to dine on freshly dead flesh. They never killed their prey either. Ghouls were scavengers who preferred long dead tissue. The riper the better. That was why they made their homes in abandoned mausoleums and underneath cemeteries. Easy access to their rotten meat treats.

Supernaturals had a distinct smell, just like humans. But unlike humans, supernatural homicide detectives like Peter and Xavier didn’t need dogs to sniff out their perp. Being werewolves meant both of them had a heightened sense of smell, taste, and sight. Enough of the perp’s pheromones lingered for Peter to tell they were supernatural, but not enough to get an accurate lock on what kind of supernatural they were looking for. Alarm pheromones, he and Xavier noted. That meant they were right about their killer nearly getting caught in the act. 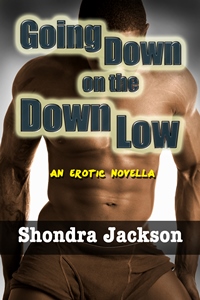 Going Down on the Down Low: A Married Black Man, His Wife, & His White Male Lover
Shondra Jackson
In Shelf
$2.99 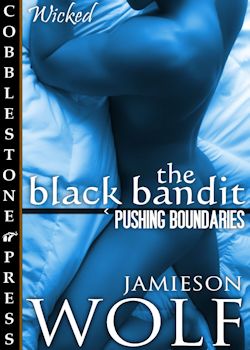