Ceezee has lived her life as a thief for her clan. Rented out to the Asku she is prepared to find an object that the warriors themselves cannot retrieve. She faces her commander with grace, style and a collection of weapons under her robes. Ceezee prides herself on being ready for anything but she underestimated her reaction to the War Leader General.

Deven has been forced to find an outside source to do what his men cannot, retrieve a power source from one species to return light to another. Treaties bind his hands, but bringing a thief on board is the perfect solution. Attraction flares but he holds back until he is sure that she meets his requirements. Once confirmed that she is suitable he sets plans in motion to keep her from escaping.

Ceezee looked around the quarters she had been shoved into. The guards had removed the cuffs and left her alone and unencumbered.

She could pick the lock in seconds, but she waited. There was no sense in rushing when she was trapped on an Asku warship.

The room was comfortable. There was a bed, a lav and a small desk with an entertainment unit. It had more than the comforts of her home.

A quick run through of the entertainment unit showed her a map of the ship that she committed to memory. It was a peculiar skill, but it was hers and what made her the thief she was today. Maps, documents, vids, pictures, any immutable object, once seen, it was in her memory.

Ceezee whistled and flipped back her veil. With her hands, she traced the edges of her cell and used them to measure the air vent.

Once she was done, she took a seat at the desk and queued up a light comedy to pass the time.

“Yes, War Leader,” Crewman Niro inclined his head. “And apparently, the veil is not a mandatory garment for her.”

Deven couldn’t help but stare at the image on the display. Creamy skin, huge dark eyes and full lips that sent a throbbing surge through his groin. Just the sight of her features sent pulses through parts of him that had never been activated by another woman.

Every Asku waited to wed a virgin, but there was no guarantee that this woman from the Hewara clan would be able to meet his requirement.

Deven watched the image of her face until the crewman cleared his throat. “If you were wanting to speak to her, her program is almost over.”

The crewman gave him a nod, and Deven left, picking up the tray of refreshments that he had ordered earlier. He made his way to the guest quarters that he had put aside for her and knocked on the door. 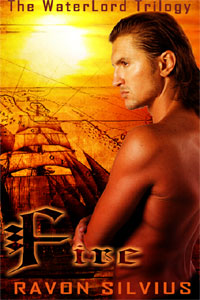