Jamie has a secret and she's not sure how to tell the guys.

Two days before Christmas the annual SRP charity event was upon them. Vance has concocted a way for them to have time away and take a spin on the dance floor. With their room set up for the night, he has one more secret up his sleeve.

This Christmas is turning out the best ever, but will Jamie's secret dampen the mood? Will Vance's surprise be all that it's cracked up to be? What does Trevor look like in a Santa suit? Christmas is hot in Southern California! 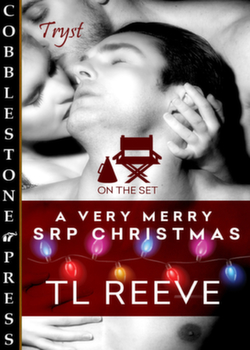 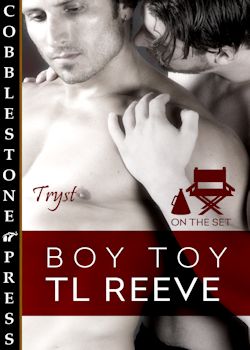 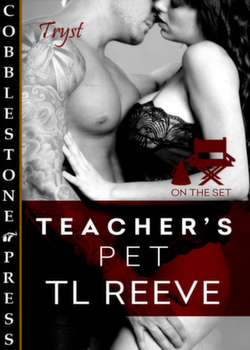 She sat on the edge of the tub, covering her lower belly where the baby rested. She couldn’t believe it. Sure, the last couple of weeks she hadn’t felt good, but she blamed it on the antibiotics she was taking for a horrible chest cold. Jamie stilled then groaned. She’d heard horror stories about birth control failing but never believed them. So it’s not perfect timing. It’ll be okay. They were in the final stages of making a movie, one of the last ones before their contracts were up.

Trevor wasn’t signing another one. He had the bar exam in a couple of weeks and, when he passed it, would be working in Heather’s legal department. Vance wasn’t signing again either since he had graduated from the fire academy and was getting his station assignment the week after New Year’s. Which left Jamie.

She came into the business because of an ad and two men. With both men now stepping out of the business, and a baby on the way, it was time to hang up her adult film career. A part of her wondered if she should be worried about being able to take care of herself, but that wasn’t even a possibility. There was no way either man would let her go. They loved her and showed how much so every chance they got.

Slipping the test back into the box, she stood up and started the shower. Tonight was the Toys for Tots gala at the Beverly Hills Hotel. It was an annual event Heather and Sky Rocket Productions put on. Each year she chose a charity the production company could donate to. This year was for children in need…how fitting.

Stepping into the spray, she felt the warm water caress her flesh. Jamie’s eyes closed, and she tried counting back to figure out how far along she was, but her mind wouldn’t cooperate. All she could think about was how to tell the guys. She wasn’t worried they wouldn’t want the baby. In fact, they would be over-the-moon excited. Both Vance and Trevor had expressed wanting children. Sighing wistfully, she grabbed her shampoo and quickly washed her long, curly, chocolate locks.

With her hair washed, she finished up quickly and got out. As she dried off, her gaze locked on the blue and white box on the bathroom counter. Jamie felt a well of excitement build inside her. Christmas was only a few days away, and even though she’d bought both men presents, she knew what she’d give them as a together gift. Picking up the box, she walked into their room and tucked it away in her drawer. Wrapping it up would have to wait. As it was, it was getting late. The sun hung low in the cloudless sky and glittered off the balcony window. How many times had she stared out that particular window in disbelief of how far she had come?

In the beginning? Every day. Sometimes she’d stand there and watch the children from the block play below and ask herself, why me? She wasn’t anyone special. She had been homeless, living in a motel not fit for roaches. Her parents were dead, and her uncle was now in jail for embezzlement. Friends had come and gone. Yet, there she stood. She had two wonderful men, a baby on the way, and a life that was one in a million. It was a true fairytale come to pass.

Turning away from the window, Jamie made her way over to the closet and pulled out the garment bag holding her royal purple velvet gown. It was one of the most extravagant items she’d ever bought—next to the Mini Cooper she got a few months after her first film. Pulling the zipper down on the plain black bag, she grinned at the eye-popping purple gown that would mesmerize everyone.

Carefully, she pulled the dress out of the bag and laid it on the bed then hung the hanger back up. Crossing back to her dresser, she pulled out the sexy lingerie she’d bought to go under it. Since the gown was an empire waist with a deep V-neck halter, she found a corset that would keep her girls in place, but wouldn’t show with the dress. Her barely-there panties matched the deep purple corset and stockings.

Placing everything on the bed, she unhooked her towel from around her body and started to dress. Lost in thought, she hadn’t heard the garage door open, or the subsequent footsteps getting closer to the door. Bent over, she pulled her skimpy panties up and heard the first of two masculine groans.

“Have you ever seen anything more beautiful?” Vance’s deep rumbled purr skittered across her skin, leaving goose flesh in its wake.

Jamie continued to pull them up, a wry grin on her face. “Too bad we’re running late and we have less than an hour to get ready, huh, boys?”

“We could call in sick,” Trevor quickly answered.

“Besides we’re supposed to show up fashionably late to these things,” Vance said, wrapping his arms around her midsection. His lips pressed against the crook of her neck while his hands inched up her sides to cup her unbound breasts, squeezing them. Jamie gasped and shifted in his hold. Oh, how easy it would be to say fuck it and stay home.

“We could, but this isn’t about us, guys. This is for the children, remember?” She hissed, closing her eyes as Trevor crawled across the bed and took her nipple into his mouth. Liquid heat rushed through her body and pooled between her thighs. “Oh God,” she squealed, feeling her clit throb. “We need to get ready,” she rasped out.

“We can be late,” Trevor teased. Pulling aside her panties, he slid his finger across her wet pussy before slipping inside. Jamie groaned. Her body’s response to them was strong, and for a moment she wondered if her need for them would ever slack off. 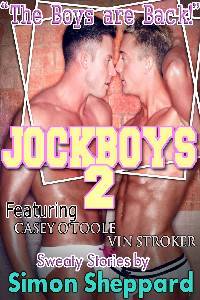