Born with the ability to read emotions, Emma Coolidge leads a life of self-imposed seclusion. Until she is saved by Gideon Keel and Jesse Madding, who befriend her and introduce her to people who can help her create a normal life. Everything is great but for one small problem. Emma longs to be more than friends with Gideon and Jesse, and wants to be part of their darker games involving bondage and sadism, but believes her desire can be nothing but a private fantasy.

Gideon adores Jesse and wants nothing more than to give him everything he wants. When Gideon realizes Jesse wants Emma, as well, he decides to invite Emma into their games. But first Jesse and Gideon are forced to investigate a string of grave desecrations. They must unravel the mystery of who is stealing Black John's power, why, and how to reverse it before they can devote their time and energy to their mutual desire for a third in their bed. 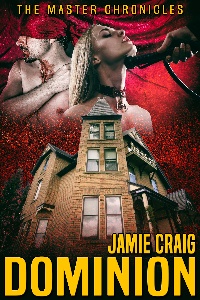 "Where's Ethan?" he asked, pretending to look casually about.

"I ... I don't know. We broke up earlier tonight." She sniffed. "Broke up. It sounds like we're in high school or something."

Broke up was good. Broke up meant Gideon was right about how she felt about Jesse. But, then again, broke up was bad, because it left Emma a shell of the vibrant woman she'd been just hours earlier. This would have been a hell of a lot easier if Emma wasn't nearly as good a woman as she was and had left Ethan dangling in the wind at White.

"Did you break up because of what happened at the club?" he asked carefully.

Emma sat on the couch, her legs curled beneath her, her arms crossed. "I think the club brought some issues to the surface. Ethan wanted to know if ... I would ever choose him first."

He took the seat at the opposite end of the couch in order not to be looming above her. She was skittish and hurting, and the last thing Gideon wanted was to make this harder for her.

"Over Jesse. And I'll guess since you broke up, you said Jess."

She looked away from him. "We just wanted different things out of the relationship right now."

"Because you want Jess." When she stiffened, he added, more gently, "It's pointless trying to pretend to me about it, Emma. You can bottle up the feelings, but you can't stop how your body reacts to him. Just like he can't stop how he reacts to you."

"Is that what you wanted to talk about? I would never act on it," Emma said quickly. "I respect what you two have together."

His gaze didn't waver. "And what if I wanted you to act?"

She looked like a deer caught in headlights, stunned by the simple query he'd made. "You heard me," Gideon said. He slid closer, still maintaining enough distance to keep her from bolting. "Do you know Jesse fantasizes about you? About the three of us together? It's actually my fault, probably. I started it all when you were staying with us, more as a game than anything else. And I stopped when I realized you were more than a beautiful girl. But then Jesse went and did something none of us expected, and now we're here, and all I'm trying to do is get everybody who's important to me as happy as they can be."

Emma's mouth fell open, and her cheeks blushed a soft pink. Her pulse picked up at the mention of Jesse's fantasies. "Jesse thinks about the three of us? You, and him, and me?"

"Often enough that he felt guilty about it until I told him I didn't mind."

Her blush deepened. "Is that why he asked me to stay with him tonight? Because you told him you didn't mind?"

"Yes. Well, no, it was more than that." Gideon edged a few inches closer, until their knees were barely touching. "It's not just about sex, Emma. If it was, he wouldn't have been in denial about it for so long. He would've jumped you before you ever moved out of our place."

She looked down to where their knees were touching. "What is it, then?"

Carefully, unwilling to break the tenuous connection he was building, Gideon reached and caught her chin with his finger, tilting her head back up to meet his eyes. "He loves you," he said. "Enough to ask my permission to rearrange the rules of our relationship if he ever got the chance. Which he tried to take tonight, but, well, we know how that turned out."

He shook his head. "I never said he didn't love me. He loves both of us." Pausing, he regarded her for a long moment, debating how best to approach this. "Maybe you should feel it for yourself," Gideon suggested. "Come home with me."

Emma caught her breath. "I don't know if that's such a good idea. Not after everything that's happened tonight. Would he even want to see me right now?"

"Seeing you come to him this time? He needs that. He needs to know you ..." Gideon stopped. Emma had yet to avow anything other than reciprocating Jesse's desire. "What do you feel for Jess? Is he just a friend you want to fuck, or is he something more?"

Emma smiled with a touch of sadness. "Gideon, Ethan was my first real relationship. He genuinely loves me. And I hurt him tonight because I couldn't tell him I'd choose him over Jesse. So yeah, I guess he's something more."

Gideon leaned forward. "Even more reason for you to come with me," he urged. He took her hand, ignoring the slight pull when she tried to jerk it away. "Ignore everything Ethan taught you for a few minutes, Em. I want you to read me. Maybe then you'll understand why you need to do this."

"Okay," she murmured, her hand relaxing in his. 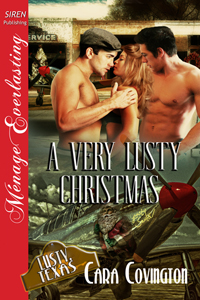