Ali is an artist with a small, struggling studio in Phoenix. When one of her art students, the wealthy matron Edy Harding, offers her a large amount of money to go on a date with her son, Lance Harding, she's wary at first. Being paid to date a rich and handsome bisexual man who is already in a relationship with another gorgeous guy? That's just crazy. But she has to make rent on her studio, and the temptation to accept the silly offer is too much to deny. Besides, it's only a date, nothing more. Only she doesn't meet Lance. She meets his cocky, alpha lover, Tray Goode, and suddenly things are far more complicated. Two sexy, hot-blooded men who want her? Yes, please. But she soon learns there’s more to this than passion and undeniable desire. Being paid to play means risking her vulnerable heart.

Tray knows he's arrogant. He has reason to be. He's handsome as sin, he's worked his way from rags to riches, and he's the driving force behind the successful company owned by the man he loves, Lance Harding. But recently, Lance has been distant. The two of them have been lovers for years, but now Lance is reluctant to commit to him, and Tray can no longer stand it. Tray intends to shake things up, which leads to a wild night of the hottest sex he's ever had. A scorching threesome between Tray, Lance, and Ali that he'll never forget. But when he discovers Lance's surprise engagement to some empty-headed socialite, everything he thought he had is thrown in jeopardy.

Lance is in a tight spot. He loves Tray, but he's torn by the pressures of running his father's company and the demands of the wealthy social circles he moves in. He's being pushed toward a loveless, sham marriage to the spoiled daughter of another wealthy family for appearances only. Not only that, but his mother is engaged in some mad scheme to make things even more complicated by dragging Ali into their lives. He can't resist Ali. She's kind and confident and beautiful, and she fits perfectly between the two of them. But the point of no return is rapidly approaching. His father just announced Lance's engagement in a very public way, leaving Lance alone with the fallout. Ali has turned his world on its head, but when he learns she has been paid off, his anger at the betrayal might cost him a chance at true love forever. 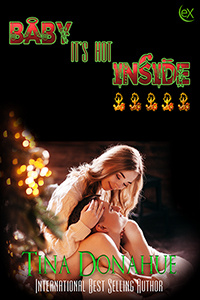 Tantalize Me (MFM)
Tina Donahue
In Shelf
$3.99
Tweets by
sirenbookstrand