Much Ado About Charlotte (MF)

Heat Rating: Sensual
Word Count: 90,122
0 Ratings (0.0)
Historical Regency
[Bookstrand Historical Regency Romance, M/F, HEA]
Charlotte Jordan’s life is in chaos. First, she ran away with a Shakespearean acting troupe. Then, she was forced to marry her cousin, only to be jilted at the altar. Now, to clear his debts, she’s being sold to a procurer. She escapes with the aid of Lord Ethan Lovell, a dashing charmer who steals her heart, though she fears her many entanglements have left her unmarriageable.
The younger brother of a duke, Ethan plays at being useful by spying for the Crown at London balls and country house parties. It’s dull and unrewarding until he’s ordered to rescue fiery, forthright Charlotte, who creates more havoc than any traitor he never unmasked. But he’s determined to protect her, even if it means marrying her.
When the secrets of her scandalous past threaten the lasting love they both seek, Ethan must find the key to open Charlotte’s heart—and if he succeeds, he’ll have accomplished his greatest and most dangerous mission.
A BookStrand Mainstream Romance

Much Ado About Charlotte (MF)

She set the cup and saucer back on the tray. “But we’re all going to London. Do you mean you won’t be coming with us?”

“I woke up this morning thinking that under the circumstances, it might be best if I made my own way. I would inform Ashdown of my plans, if I could find him.”

She fixed her gaze on the book in her lap. “I wouldn’t disturb him right now, if I were you.”

“Oh? You know for a fact he’s still asleep?”

“I know for a fact he’s not. Why do you think I’m breaking my fast in the parlor, instead of upstairs in the chamber I shared with my sister last night?” She lifted her cup and saucer again, though she did not venture another sip. She studied the plain white teacup as if she discerned an interesting pattern enameled around it. “Gracie bade me to dress quickly and hasten downstairs to wait so her husband could have a word or two with her. Either he’s telling her the two longest words in the English language, or a great many more than two. What do you think?”

“I’d rather not say.” Ethan smiled as he recalled Hugh’s complaints last night about not being able to spend the night with his bride. “But I suppose you’ll have to be the one to tell him that I’m going ahead to London on my own. I have no wish to trespass any further on the connubial bliss of Lord and Lady Ashdown.”

Charlotte set down the cup and saucer again. She gingerly closed the tattered book that looked as if it might disintegrate if she ever tried to open it again, and set it next to the tea tray. “Do you think I wish to? There’s a reason I didn’t go with them initially right after they married, even if doing so would have spared you a great deal of trouble of my account.”

“I thoroughly sympathize, but you can’t come with me, even if you donned the boy’s clothing again and took more care to look like a boy instead of a young woman wearing the boy’s clothing.” As her mouth snapped open in obvious protest, he hastily added, “Of course, that’s my fault, but I did the best I could with the limited time and opportunity I had.” He bowed. “So I bid you farewell, Miss Jordan.”

She rose from the chair. “I never thanked you properly for what you did yesterday.”

Ethan distinctly recalled she’d thanked him in the Ashdown carriage yesterday. Still, he knew from experience that now she was offering something else entirely, and he responded accordingly. “Do you want to kiss me?”

She stood before him, her brown eyes wide and flashing, her full pink lips parted in apparent astonishment. “Is that the sort of thanks you expect?”

“I don’t expect anything.” He felt his mouth twitching, but wasn’t certain if it was from amusement, or because he desired a kiss from this fiery hellion.

She appeared to ponder his words, her eyes flicking from one side to another, her lips still parted, this time in apparent bewilderment. “Well! Don’t you think if I wanted to kiss you, I would have said so?”

“Not at all. If you really wanted to kiss me, you’d make your wishes known by saying that you never thanked me properly for being of service to you.”

She eyed him askance. “Then you think I’m really asking for permission to kiss you?”

Ethan knew he shouldn’t smile, but he did, and he knew why, even if it was more dangerous than any of his errands on behalf of the Crown. “You don’t have to ask my permission, Miss Jordan.”

For a long moment the two of them just stood there, staring at each other. Ethan pressed his own lips together—not to discourage any attempt on her part to kiss him, but to keep from bursting into laughter at her more immediate attempt to decipher the conundrum he’d just set before her.

She wanted to kiss him, but feared if she made the first move, he’d think she was a lightskirt who deserved nothing less but to be sold to Lord Kingsley’s son.

Still, this couldn’t go on indefinitely. This parlor wasn’t exactly private, and sooner or later someone else was bound to make an entrance—someone who might take exception to Charlotte “thanking him properly.”

“Do you want to kiss me?” he asked again.

“According to you, wasn’t that what I was asking when I said I didn’t thank you properly?”

“Yes, though it isn’t according to me. It’s a well-known fact.”

“If you want to kiss me, then I strongly suggest you do so now.”

She took a single step back. “I don’t think you want to be kissed.”

“I already told you. Because you said you never thanked me properly.”

“So how am I supposed to know if you want to be kissed?” Her voice rose, and he glanced back at the open doorway, but no one was there. With a sigh she added, “That answers my question.”

He turned back to her. “What answers it?”

“Of course you don’t want a kiss. We might be caught.”

She nodded and lowered her voice. “I know. I should whisper.”

“No,” he said, twining his arms around her and pulling her against him. “Instead you should thank me properly while you still have the chance.” 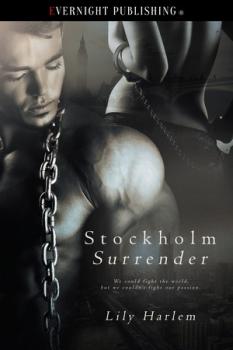