For his twenty-fifth birthday, Alec Savage gets the gift of a lifetime -- the chance to meet his father for the very first time. What he finds upon his arrival in Washington, DC, however, is not what he expects. A smashed window. An empty house. A scrawled note with his name and a phone number on it. Panicked, he dials the number and talks to an uncle he never knew he had, one who insists Alec is in danger if he stays in the house. That’s when everything starts to get weird.

Within minutes, he’s teleported all the way to nowhere Montana, in the company of the most gorgeous guy he’s ever seen, hearing about how he’s the latest mage in the Savage line. Alec doesn’t want to believe Rowan Bouchard, but it’s hard to argue with the reality of his new snowbound location or the confirmation from the uncle who greets him. He even thinks staying on the estate while they hunt for his dad won’t be so bad if he’s got Rowan as eye candy.

Except Rowan is more than that. He’s a shifter, the most beautiful black panther Alec could imagine. And according to his Uncle Martin, he’s now Alec’s familiar too ...

“I don’t like him,” Rowan said, which was as much of a lie as it was the truth. “He’s going to be nothing but trouble.”

“Martin thinks he’s trouble too. He wouldn’t have sent me otherwise.”

“Martin sent you to expedite the process. This is all new to the boy. You’d act out too if you were thrust into a world you knew nothing about.”

Rowan seriously doubted Alec’s stubbornness would’ve been any different if he’d had answers beforehand. He lacked awareness of bigger pictures, too wrapped up in his own world to care about any other. He couldn’t bad-mouth him to Martin, though, and he’d probably already said too much to Dad, but he still couldn’t help but whine. “Why does he have to be in the room next to mine? There’s plenty of other empty rooms.”

A smile twisted Dad’s mouth as he tossed the tea bags into the pot. “Sounds like he got to you.”

He refused to admit Dad might be right, the memory of the waves of desire rolling off Alec’s body notwithstanding. The knowledge that another man might want him sexually had thrown him. That had never happened before. His interaction with the outside world was limited, contained to the small, neighboring community of Ridgewood. Women had expressed their attraction to him more than once, but while the Internet and television had provided much of his education on what the world was like beyond the Savage Estate, direct experience with men was another matter entirely.

Alec had blatantly checked him out.

And Rowan had liked it enough to test it by digging around in the man’s pockets for his keys when he knew damn well he could get them without such intimate contact.

Even now, heat rose beneath his skin when he remembered the hard angle of Alec’s hip against his knuckles, the way Alec’s breath had caught and then skittered to freedom when he let him go. Rowan had wanted to lean down and lick along Alec’s jaw to find out if he tasted as good as he smelled, which was the only reason he’d found the strength to back away at all.

Dad didn’t need to know any of this, though he’d figure it out on his own if Rowan didn’t stop thinking about it. Focus on something unsexy. Like the bitter tang of Martin’s fear when Alec had told him Will was nowhere to be found.

“Well, you better find a way to get along with him.” Dad leaned against the edge of the counter, waiting for the kettle to boil. “Martin wants you to be Alec’s familiar.”

Rowan bolted upward, all pretense at distraction now reality. “He what?”

Dad was unfazed by his sudden alarm. “Don’t be so surprised. You always knew that was a possibility.”

“But he doesn’t know anything about this life.”

His jaw dropped. “He doesn’t listen to me. I don’t think he listens to anybody.”

“He listened to you enough to come here.”

“No, I had to physically drag him from the house.” He could admit that even if he didn’t dare confess to the rest of it. “You have to talk Martin out of it. It’ll never work.”

His father’s slight amusement at his discomfort fled. “You have to make it work. If something has happened to Will, that boy won’t have anyone but us to protect him. I won’t have you bring dishonor to our family name by being the first familiar to run away from his responsibility.”

Before meeting Alec, he never would’ve dreamed of it. This was his life. This was all he knew. Somehow, some way, he had to neutralize the intense feelings Alec evoked to do what he’d been born for.

He bowed his head in apology. “You’re right. I’m sorry. I’m just tired from the teleporting.” 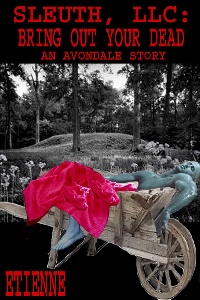 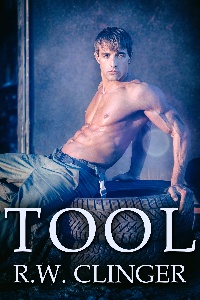