With women throwing themselves at him, Caleb Hard never intended to settle down. But he secretly wants to find a woman and have a marriage exactly like what his parents have. The moment Lilly enters his world, he can’t get the woman out of his mind.

Her mother’s reputation follows her everywhere, and Lilly is used to being whispered about. When Caleb offers her friendship, she’s more than happy to take it. What she doesn’t expect is for him to admit he wants a virgin like her. A perfect gentleman, Caleb doesn’t rush.

He’s fallen in love, and this isn’t about sex. He wants forever, but he doesn’t want to scare her off. Is there any chance of them ever truly working?

The food was delicious, as was the company. Caleb could cook. Lilly sat back down as he finished reading one of his favorite parts in the story.

He really had read the book and enjoyed it.

“So, to conclude, we both loved the book,” Lilly said.

“I did, and it was nice talking to someone about it.”

“Yeah, I’ve never done this before.” She tilted her head toward him as he sat down on the sofa beside him.

She couldn’t help but notice how plump his lips were. The book he’d chosen had been a little steamier than she thought he’d go for. It made her regret giving him her book as there was a lot more sex, and it was kinkier as well.

Her fantasies were not soft or gentle, but hard.

“What are you thinking about right now?”

Rather than have another coffee, she’d opted for a single glass of wine, and as he looked at Caleb now, she wished she hadn’t. She became more honest and open. “I shouldn’t have given you my book.”

“It’s dirty. It’s what I write.” She leaned back and sighed. “I think about sex a lot.” In the back of her mind, she was screaming for herself to shut up.

“Never had sex.” She pressed a hand to her mouth. I shouldn’t tell you that either.” She let out a giggle. “And I shouldn’t have had that glass of wine. Also, while I’m being so honest, I think I’ve developed a little bit of a crush on you.” She held her fingers close together.

Before she could talk herself out of it, she cupped his cheek. “And I know there is nothing we can do about it.”

She pressed her lips against his, and Caleb groaned. “Fuck me, Lilly, you’re making this hard for me.”

“You shouldn’t taste so good, and I should have stuck with the coffee.”

Caleb sank his fingers into her hair and kissed her back.

He pushed her back against the sofa and she arched up, wanting to touch his body. The wine went to her head, and just as quickly as Caleb had her on her back, he pulled away. “I think it’s time for you to go home. I’m going to take you home.”

“I do. I always do.” He cupped her face. “But not like this. When I kiss you, you’re going to be alert for it. It’s not going to be something you forget the next day.” He pressed his head against hers.

“You make it really hard to fight this. I’m going to be a good man for you.” 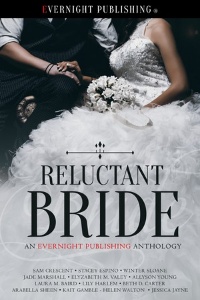 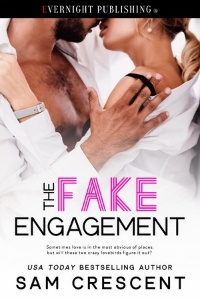