A tragic car accident stole Blake Caldwell’s beloved wife from him and his son. Six years pass. Blake, appointed alpha of a small pack, moves to Montana. He isn’t looking for love, and he certainly doesn’t expect his wolf to go berserk when he comes face to face with Robert.

Robert Sanna has made mistake after mistake, like sleeping with the wife of the man he’s been in love with since he was ten. Robert has learned his lesson messing with fated mates. He’s also learned he’ll never carry on the family name like his parents expect.

They might be fated mates, but Blake’s close-minded pack council resists the mated male pair. Complications arise from a she-wolf who’s set her sights on being the Alpha mate—and on Blake. And Robert’s fears might ruin everything. Can love win? Or will life tear them apart?

“Robert, what can I do for you? he replied.

“I wanted to tell you I invited Blake. I mean Alpha Caldwell over to my home for dinner. I know I'm in Belle Fort lands. I wasn't thinking. I don't—"

"Robert, take a breath," Alpha Ellis said, cutting off my rambling. "It's okay. Thank you for letting me know. I'm not worried. In fact, I'm glad."

"Thank you, Alpha. I just don't want any problems for Blake," I said.

"There won't be any problems. We'll talk more later. Have a great evening with your mate. I hope you have an incredible mating," he replied with a laugh.

"Alpha, this just dinner. It doesn't mean we're mating," I said even though my heart was telling me something different.

"Whatever you say, Robert. Have fun,” he said with a snicker before disconnecting the call.

I looked at the clock on my phone. Thirty minutes. How could thirty minutes have passed? Then I looked down at my clothes and rushed to my room. I was dressed in a T-shirt and sweatpants, definitely not how I wanted my mate to see me.

I threw off my clothes and pulled out pair of black jeans and a red button-down shirt. I looked to my bathroom. Did I have time for a shower? I looked back to the clock.

I rushed to the bathroom and turned on the shower. I didn't even wait for the water to heat.

The water was like an ice bath, but I pressed on, grabbing my body wash and giving myself a quick scrub. I hurriedly cleaned and exited, turning off the shower just as the water was beginning to warm.

That had to be the fastest shower I've ever taken, I thought. I shook my head as I swiftly dried. I threw my towel over the door before shucking on my jeans.

I was buttoning my shirt when the sound of gravel crunching caught my attention. He was here. My wolf started dancing in my mind again. My heart felt like it was going to beat out of my chest. I inhaled deeply and looked in the mirror.

I started toward the door just as I heard a knock. I inhaled again and steadied myself before opening the door. All thoughts fled my mind. Blake was even more gorgeous than I remembered. He was wearing nice jeans and a tight green V-neck that accentuated his muscled arms.

My cock hardened as I thought of how I wanted to strip him and have my way with him. He shuffled a little awkwardly, snapping me out of my sexy thoughts.

I loved the sound of his voice. There was a slight twang to it, and I remembered he said he was from Texas. I stood silently as my mind pictured him in a cowboy hat and chaps until I noticed his smile begin to drop.

"Sorry, I… Come in. Please," I stammered, moving aside.

He walked past me, and my wolf growled in pleasure at the scent of caramel. I gave my head a quick shake and closed the door.

Blake moved fast and kissed me, cutting me off. I moaned, loving the taste of my mate. I kissed him back and swung him around, pressing him against the door. He growled, and I pushed on, ravaging his mouth like a man thirsty for water.

I leaned back at the sound of my oven and stared at my mate. My vision had gone monochrome, and my wolf was showing. The sounds of our breathing filled the room.

"I wanted the same thing." I paused. "But I think it's best if we talk some more before anything else."

He nodded. "You're right. We should talk.”

I leaned forward, gave him a quick peck, then turned toward the kitchen. I pressed the timer on the oven and pulled out our meal. It smelled amazing.

"That really is the loudest buzzer I've heard," Blake said from behind me.

I finished placing the chicken on the stove then turned around. "Yeah, but it did its job, though. Otherwise, dinner would have burned. What did you want to drink? I have a beer, soda, or a nice red if you like wine," I said as I began to pull out plates for the table.

"I can help with those," he said, grabbing the plates from my hands. "And I like any of those options. What would you prefer?"

"Wine it is then," I said with a chuckle.

I pulled out the wine and started to pour a couple of glasses. "You said you moved up from Texas. What made you decide on Tyler?" I asked, deciding to continue our phone conversation from earlier.

Blake gazed up from setting the dishes on the table. "My father was the one to convince me it was time for a change. These past six years since Beth died, I've spent all my time and energy focusing on Jamie."

I lifted my brow in question. "Jamie?"

Blake got quiet and brought the chicken to the table. I stared at him, wondering who on earth Jamie could be. Was it someone I had to worry about? Blake looked up to me after setting our dinner on the table, and his shoulders slumped.

"Jamie is my son," he said softly.

"Your son?" I asked in surprise. Blake having a son brought a whole new element to our mating.

I pulled back. "Please, what?"

I pressed my face back in his lap, tonguing his stiff shaft through his jeans. He placed his hands on my head, attempting to push me down. I jerked back and peered up.

"Hands to the side. You touch, I stop," I said firmly.

Robert’s hooded eyes widened at my tone, and he quickly moved his hand to his sides. I grinned and once again leaned forward, rubbing my face on his clothed dick.

"Good boy," I mumbled as he groaned at my actions.

I was in heaven, drinking in my mate's scent, running my hands over his body. I wanted more. I reached up and loosened his buckle, undoing the button of his jeans as well. I peered up, and his gaze was fixed on my actions as I slowly lowered his zipper. He arched as I pulled his pants down, allowing his hard cock to spring free.

"Commando. I like it," I said, admiring the size and girth of my mate.

He hissed as I slid my tongue up his veiny shaft. His flavor was unlike any I've experienced, and I moaned in pleasure. I licked his dick up and down, and he cried out in satisfaction when I wrapped my lips over his sensitive head and sucked.

His precum tasted like vanilla, my favorite, and I wanted more. I proceeded to bob on his shaft and his cries of pleasure intensified. I felt his cock begin to swell, and I didn't want it to end. His hands once again found their way to my head. I growled and pulled my lips off his cock with pop and stopped all action.

I rose to my feet. "I warned you. All would stop if you touched."

"Please, I won't do it again. Please," Robert pleaded.

I scanned the room and smirked. "Up against your pantry and raise your hands," I commanded.

Robert’s eyebrows shot up but moved to comply. He lifted his hands over his head and settled in the ordered position. His hard cock leaked the delicious ambrosia, and I longed to lick again, but he needed to learn I was in charge.

His eyes widened as he watched me remove my belt. I walked over and tied his hands with my belt. I raised his bound hands and opened the door slightly, and closed the end of the belt in the pantry door.

"There. Now I know you won't touch again," I said, smacking his firm shaft with my hand lightly. He hissed in pleasure and writhed against the door. I grinned and pinched his nipples. Robert cried out, and precum gushed from his slit.

"You like that a little pain with pleasure. Don't you?" I asked, leaning forward and kissing his neck.

"Yes," he whispered. "Never realized before."

"Hmm… we'll have to explore it more. Would you like that?" I didn't want him doing anything he didn't want to do.

Robert nodded rapidly as I ran my hands up and down his body. I loved the feel of his powerful muscles under my fingers. I loved the sense of control I had over this built, strong man. My cock pressed hard against my jeans, and I longed to claim him, but first, I wanted to see him in ecstasy.

He tensed as I drifted my fingers over his toned ass. "Tell me, Robert, have you ever bottomed before?"

"Not even Zach?" I asked, cutting him off.

"Not even Zach. Our wolves were too dominant for each other," he said.

I smiled. "Good. I'll be the only one to fill this tight hole."

He moaned and looked at me. I leaned forward and whispered in his ear. "And you’ll be the only one to fill mine, but not right now."

His nose flared at my statement, and he gave a curt jerk of his head. His cock leaked more, and I flicked it again as I looked on the counter. I grinned, finding what I was looking for. I walked over and grabbed the bottle of oil that was next to the vinegar. I moved in front of Robert and turned him around. I groaned at the sight of his ass. I poured the oil on my fingers and slid them between his tight cheeks.

I rubbed my finger around his tiny rosette and massaged the muscles there. I breached his snug ring, and he cried out. I wrapped my other hand around his aching shaft and stroked him in tandem with finger-fucking his ass. I added another finger and his ass clenched around them, but I pushed on, sliding them in and out of his warm hole.

Robert's cock hardened further, and I knew he was close. I crocked my finger and ran it over his small bundle of nerves.

I withdrew my fingers and turned him around. In one swoop, I took his throbbing cock deep into my throat while at the same time pressing my fingers back into his tight crease. He cried out again, and I gazed up. His eyes were hooded in pleasure, and he yelled again as I ran my finger over his prostate once more. I felt his shaft begin to pulse, and I sucked harder, wanting to taste every drop of my gorgeous mate. 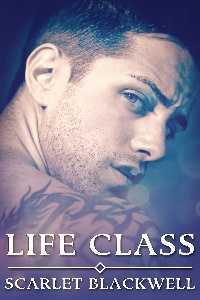