Tangling with a Colossal Squid

Arthur Nesky values control and order in his life. Imagine his frustration when he finds himself the focus of a stalker. After a close call, he visits a friend up north, hoping to get away from his pursuer and gain some perspective. Meeting a sexy man who lights up every nerve ending in Arthur’s body is the epitome of bad timing. Then he finds out who Kaiser is…and the secrets he holds…making him wonder if he’s jumped out of the frying pan and into the fire.

Kaiser Roush is nearly three hundred years old, the alpha of his pod, and a successful businessman. Over the years, he’s learned the value of hard work, how to make harder choices, and what it takes to overcome the odds. When Kaiser meets Arthur Nesky, his mate, it comes as no surprise that there will be obstacles to overcome.

Even if Kaiser can get Arthur to accept his nature, can he discover and remove the stalker threat as well?

Tangling with a Colossal Squid

Arthur Nesky gritted his teeth, barely holding his temper in check. Yelling at the damn cop wouldn’t do him any good.

“That’s correct, Officer Branson,” Arthur stated, repeating himself for the third time. “I did not recognize the man who attempted to yank me into the alley.”

Only his training in martial arts had saved Arthur. Most people wouldn’t tangle with a fit, six-foot-one man, such as himself, but Arthur had been getting gifts from a stranger for months. He was damn certain his stalker had just tried to make his move.

Now, if I can get this dumb fucker to understand that.

“And you told him to release you, and he didn’t?” the cop pressed, his pen poised over his pad of paper.

“Yes.” Arthur crossed his arms over his chest, feeling the tug of his suit jacket.

“And then what happened, Mister Nesky?” Officer Branson asked.

Arthur noticed he hadn’t bothered to write down anything he’d said.

Narrowing his eyes, Arthur barely managed to bite back his growl. “How many times must I repeat myself before you write down my statement, Officer Branson?” He cast a pointed look toward the nearly blank pad. So far, he was certain the officer had only written down his name.

Officer Branson’s cheeks took on a pinkish hue as he lifted the hand which held the pen, palm out, as if in placation. “I’m just trying to get a clear view of what happened, Mister Nesky,” the man said, his tone taking on a conciliatory note. “Accusing someone of kidnapping is serious, and if we’re wrong, it can have long-lasting repercussions…for everyone.”

Deciding he’d had enough of Officer Branson’s disbelief, he pulled out his phone. He held the other man’s gaze as he dialed a number. When he saw the officer open his mouth while narrowing his eyes, he held up a single finger in a one moment gesture.

“Hello, Detective Mirrins. I’m sorry to call you so late, but something happened this evening that I believe is connected to your case.”

“It’s no problem at all, Mister Nesky,” Detective Giardino Mirrins assured. “Did you receive another gift or message? How can I help?”

“Not another gift or note,” Arthur replied as he steadily held Officer Branson’s gaze, watching the man’s face turn a darker shade. “A man tried to put a cloth over my face and drag me into an alley.”

“Fuck!” the detective cried, and Arthur heard something thud through the line. “Where are you? At the hospital? I’ll be right there.”

Arthur heard the sound of footsteps thumping on stairs, and he smiled. This is the reaction an officer should have to an attempted kidnapping. “Not the hospital, fortunately,” he told the detective. “I’m in front of Barney’s Bar and Grill on Center Street.” Arthur lifted one eyebrow imperiously as he gave Officer Branson a haughty look. “I’m being interviewed by a gentleman by the name of Officer Branson, but I felt certain you’d be interested in knowing a change has happened in your case.”

“Damn right I am,” Detective Mirrins grumbled. “I’ll be right there.”

“Thank you.” After hearing another grunt through the line, Arthur hung up. He slid the device into his pocket while continuing to hold the officer’s gaze. To his pleasure, he could practically feel the indignation rolling off the man. “Detective Mirrins will be here shortly. I believe I’ll wait to finish giving my statement until then.”

A muscle ticked in Officer Branson’s jaw. “That’s your right.”

Arthur nodded once, then turned his focus to the paramedic that had been hovering nearby the entire time. While they’d been talking, the man had checked his blood-pressure and had taken pictures of the bruises on Arthur’s upper arm. He’d even used a swab to clean away the fluid traces around Arthur’s nose, which had been left behind by the rag the man had attempted to keep pressed against his face.

“My head is ringing,” Arthur admitted. “Is that normal?”

The paramedic smiled, his expression one of reassurance. “After getting attacked and almost abducted, yeah.” He nodded. “But it was actually caused by the residual traces of the chloroform clinging to your skin.” Holding up a damp cloth, he advised, “Wipe your face, Mister Nesky. Then I’ll give you something for the pain.”

Even as Arthur took the cloth and obeyed, he stated, “I don’t need pain meds. I’m fine.” Arthur refused to take anything that might dull his senses while he had to deal with the police, no matter how much his head ached. “I’ll take some aspirin when I get home.”

“Are you certain, sir?” The paramedic didn’t seem convinced. “I can offer you—”

The paramedic nodded, then turned to make notes on his clipboard.

“Am I free to go, then?” Arthur asked, redrawing the man’s attention.

After a second of hesitation, the paramedic stated, “To confirm, you are declining further medical attention?”

Realizing the man needed an out, Arthur nodded. “Yes, thank you.” He offered the uneasy-looking fellow a tight smile. “As you’ve confirmed that my condition is not life-threatening, I do indeed decline further medical attention.”

Smiling in obvious relief, the paramedic jotted something on the chart, then hopped from the back. “Then, yes.” He held up his hand, offering assistance to leave the vehicle. “You are free to go.”

Arthur wasn’t too proud to take the man’s hand. Gripping it, he eased down the steps of the vehicle. “Thank you.”

Then Arthur headed toward his own sedan. He pulled open the driver’s door and eased behind the wheel. Just as he laid his head against the headrest and allowed his eyelids to slide to half-mast, Officer Branson appeared in the doorway.

Arthur bit back a growl.

God, box of rocks for a brain. 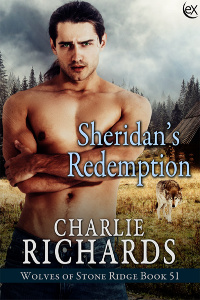