Leprechauns don't exist, wolf shifters don't get drunk easily and there's no old Irish Saint Patrick to come and save the day for the Tate pack. There's only the Tate cowboys who are anxiously trying to find the mates who were kidnapped shortly after Valentine's Day. Between Richard and Tommy trying to get Howell and Katharina drunk, Calvin rushing off to save his captured mate and the unexpected people who keep showing up, all with connections to the Tate pack, this St. Patrick's Day is sure to be one that Tate Ranch will never forget.

Calvin huffed a blast of air from his nostrils before pressing his muzzle down to the cold, wet earth. He’d been running for hours on pure adrenaline alone and now he was tired. His body wanted to stop and rest, demanded it actually, but he couldn’t stop. He had to keep going. His mate was out there, alone, kidnapped, scared, and he had to find him. He’d promised Maurice he’d never let him get taken again. He’d promised him that he would always protect him. He’d failed him. He’d failed his mate. The thought that he wouldn’t be able to hold the tiny man, who looked almost like an ethereal, porcelain doll, in his arms again made his chest tighten. The muscles in his heart clenching, he raised his head from the ground, tilted it up towards the sky and opened his mouth on a long, powerful ululation of heartbreak and despair. The rage he felt at his mate’s kidnapping made the sound ring out more harshly. His eyes slid closed as he shuddered in pain, his entire body jerking each time he howled. The noise penetrated the Earth and rose into the atmosphere, vibrating the ground beneath him and stirring the winds into a frenzy. The disturbance caused the animals in the surrounding forest to cover their heads in shame at the sound of his anguish.
How had he so failed his mate? They had not been mated long, but already he loved Maurice more than life itself. Realizing his misery had caused him to shift back, Calvin sank his fingers into the dirt beneath him, ripping up the rocks and roots buried there. He couldn’t feel Maurice. The tattoo on his shoulder, always a steady hum of connection to his mate had begun throbbing sporadically in painful, breath-stealing bursts around the time of Maurice’s disappearance and continued to throb at different moments, but it had suddenly just stopped. Did that mean Maurice was gone? Had Calvin just lost his beautiful mate?
Hot tears streamed down his face, soaking the already damp dirt beneath him with the evidence of his pain. His stomach roiled as he dry-heaved, his knees pressing deeper into the ground each time. He let out another yell, this one bordering on a scream, of utter misery as he felt a suddenly renewed throbbing of his tattoo that intensified as if it were being burned off his shoulder with a laser.
What did that mean? Was Maurice still alive? Was he even now being beaten and tortured? How he wished that he’d asked Maurice more about his secret, more about his true identity, but he’d been so happy that he’d found his mate, that he’d rescued him, that he hadn’t thought to find out everything that he could. And now…now it might be too late.
“Stop crying and get up, so you can help me find my brother, jackass.” A low, growling voice said from above. The vibrations in the stranger’s voice echoed through Calvin’s body.
Calvin looked up in shock. He gasped in surprise at the look of the man above him. He was an almost spitting image of Maurice, though this man was slightly taller and just a smidge broader than his mate. Wait, had he said brother? 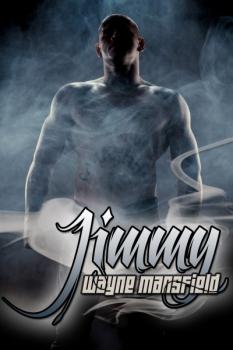