Making movies for Weslington Productions as a grip keeps Alex Lee busy these days. Although he lives in West Hollywood he’s seen a lot of the globe, traveling for the company. This summer he’s heading home to Pittsburgh to help make the thriller River Death.

As expected, it’s comforting to be home again. Alex gets to visit his sister and do some sibling catch-up. Plus he’s able to visit their younger brother’s grave. But it’s awkward for Alex when he sees his beefy, sexy, alluring high school crush again, Squire Land, a crush that still burns strong.

Alex learns Squire is a professional trainer and owns a gym called Fitland. Unfortunately, Squire -- the popular kid, the jock, the guy who was out of his league -- ignored Alex in high school, and probably will do the same today. So there’s no reason why Alex should make any advancements, embarrassing himself.

As moviemaking keeps Alex busy, he doesn’t have much time to do anything else. Until his sister tells him Squire Land wants to speak with him. And Alex wonders why. 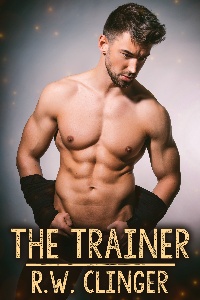 Jogging. Jogging. Jogging. Who knew I had it in me? Maybe it was because the hottest and handsomest guy was beside me. I thought so. We went straight on Joiner Street for six blocks, made a left on Daily Street, and ended up in Hays Park.

Squire didn’t shed a drop of sweat. Nor did he huff or puff. The trainer was over-the-top fit, chiseled to the car. Obviously it wasn’t his first jog. The guy was physically buff all the way around. His golden brown and nicely sculpted skin glowed in the morning sun, looking delicious. His hair didn’t bounce or become a sweaty mess. His cheeks didn’t turn a flummoxed red like mine.

I, on the other hand was soaked with perspiration from head to toes, bathing in the shit. My chest rose and fell in steady, deathly huffs, and my entire body shook in a state of hyperventilation.

I sat on the circular, stone fountain, which was turned off for the day for some reason. City pigeons bobbed up and down near a standing Squire. As I caught my breath, he asked, “I think I saw a naked guy in the garage across from your apartment this morning.”

I chuckled. “You did. His name is Malin. He’s obsessed with his dick and jerks off all the time. He takes care of his grandmother and her grass.”

“Makes sense why he was fiddling with a lawnmower.”

In detail, I told him about Ben Malin’s personal shows, and doubted the guy had a boyfriend because I had never seen him with one.

“Sounds like he stays busy,” Squire said, stretching in front of me: left leg, right leg, both arms, back.

“He does stay busy ... with his dick and the grass. Doesn’t do much of anything else. He’s a good-looking guy, though. I’m surprised he doesn’t have a boyfriend. Maybe one comes around when I’m not watching his shows.”

He chuckled. “I’m jealous, Alex. You get free live shows. That has to be superiorly hot.”

About a minute later we started running again. This time around the park on a narrow and nameless trail, and then back to Daily Street, then Joiner, and then we headed to Sis and Mick’s garage.

During the jog we continued to talk about our lives. Mine: Sis, Mick, and making River Death, my quiet life in a bungalow in West Hollywood. His: stories about his clients at Fitland, daily workouts, healthy meals and shakes, beginning free fitness programs for the community in his free time.

Once we reached the garage/apartment where I was staying, standing at the bottom of the stairs, he faced me and brushed sweat off my left cheek with the back of his right hand. I huffed and puffed, drained from the jog. My chest continued to swell and fall. “It will get easier for you. I promise.”

“I’ll get you fit before you realize it. You can use Fitland anytime you want. No charge. My treat. As long as I can watch you work out.”

I was shocked to hear him flirt with me and became confused and wide-eyed, nervous. “I’m a hopeless cause.”

“The worst prize ever.”

He winked at me and wiped sweat away from my right check with the back of his hand. The action totally left me befuddled, unclear of the moment until he bowed his head ever so slightly and asked, “I want to know if you’ll go out with me, Alex Lee?”

“What? Out? Who? Why? What?” I sounded like a bumbling idiot. Probably turned three shades of red, embarrassed.

“Tomorrow evening. Meet me at Rally’s for dinner. Seven. What do you say?”

He laughed. “Are you sure? Because you sound unsure.”

“I’m just surprised. You never talked to me in high school. You were a jock and popular. I wasn’t in your league. I was an unfit and queer geek. So this is completely catching me off guard.”

“Hell,” he waved a hand in my direction. “That was a long time ago. We were just boys then. We’re men now. Adults. And I find you attractive, like you, and want to have dinner with you. So tell me you’ll go out with me.”