Cornered and severely outnumbered by the Association’s navy, Syreen tries to reunite with her living ship. While her enemies blackmail her with an asteroid tossed down on an inhabited planet, the real danger hasn’t even shown up yet—the fabric of space itself is torn apart, and within the ruptures, not only does space travel fail, but stars will die…together with their planets.

On her own, she can’t win. But where can she find help?

Mo stared at the green-golden U-shape on his board.

“This is Assiduous, a living ship—my living ship.” Syreen’s last line was on replay in his mind.

He hadn’t heard of Forgotten People, or if he had, he didn’t remember. He’d accepted her claim to the title Navigator as a quirk—although she indeed was the best navigator ever—but he had heard of living ships…in fairytales.

“I brought Assiduous here. He needed time to recover—in a safe place, where the AP wouldn’t find him.”

“He taught me what I didn’t know already, but I’m a Navigator, remember?”

“You mentioned that often enough, but what does it really mean?”

“It means I’m born to fly living ships. Only females of the People can integrate with them and take control.”

“I don’t get it.” His mind stubbornly refused to draw conclusions from her statements. It can’t be.

“Mo, I’m not human. I’m a descendant of an ancient race few of your people remember, and those who do call us the Forgotten People. Sadly, Assiduous is one of the only two connections to my past I have. I was raised by Duchy Navy as an orphan—a foundling, dropped on a busy orbital station. I never met my parents. I have no one to ask about my legacy.”

“What is the other connection?”

“The head of the Associated Planets Navy. He’s of the People, too. He wants me—he needs me to control Assiduous, because he could never do it himself.”

Yusef listened. Everything she said sounded odd—but in an odd way, it made sense. It explained what she did—finding new routes, calculating seven-sigma jumps, dodging pulse shots, shooting more precisely than anyone else, or going dirtside with a spaceship—and left room for even more miracles.

He just couldn’t imagine what kind of miracle they’d need to fend off those three battle groups with a total of three battle cruisers, nine light cruisers, nineteen destroyers, and a yet unknown number of stingships and missiles, that had arrived shortly after Bumblebee.

He’d grown fond of the ship they’d arrived with. Bumblebee was a swift and tough little warship, everything a solo pilot could ask for, but in the upcoming battle she was outclassed and outnumbered. There was no way for a single frigate to survive.

Their enemy had surely come to the same assessment. While his flagship was trying to catch up and his smaller units were cutting off their potential escape routes, the enemy signaled again.

“APS Bumblebee, this is Admiral Cortez of APS Vindicator. You failed to follow my instructions. Unless you surrender instantly, I’m no longer in a position to give you quarter.”

This time, Syreen decided to answer. “Admiral Cortez, unfortunately I can’t give you what you want. However, should you at least be willing to formally declare war, I’ll be ready to accept your capitulation any time. Just don’t wait too long.”

Yusef raised his eyebrows. No way. They didn’t come in numbers to say hi and bye. Too bad for them—they didn’t see her fight. Or—wait.

“What if they got data from our convoy, and know you can dodge pulse shots?”

Syreen kept her attention on the board. Until we reach Assiduous, we’re vulnerable. They won’t be able to catch up, but I’d credit them for trying anything else. Like…

She quickly entered a few parameters, rechecked them, and hit the button.

“Nice try,” she said. “Okay, Admiral Cortez, you’re playing your game well. Let’s see how you deal with my next move.”

“What are you up to?” Yusef asked. “You think you can hit him across this distance?”

“I could, but it would only be a tickle—or I could ruin our guns and burn a hole through his armor. Surely his repair crews would appreciate the drill. No. I didn’t want to show him my tricks, but we need time for boarding Assiduous, and if he’s willing to spend some more of his missiles, he might get at us at the very worst moment. No, I’ll have to do something unconventional.” The parameters for which she was entering right this moment.

“In that case, check this out.” She pushed her new solution over to his board.

Yusef glanced at it. “Seriously? No, of course you are. Again, you make the impossible possible. I wouldn’t have thought of that.”

“Neither did Cortez.” She frowned and pulled her stick. Bumblebee changed course. “But he’s learning fast—too fast for my taste.”

“Pulse shots from his destroyers. They must have used a kind of triangulation algorithm, or whatever it’s called for nineteen instead of three angles, to shoot at us. Not precise enough to hit, and in any case, their shots couldn’t have killed us, but—crap!”

She pulled again and dodged another bouquet of nineteen well-aimed shots. “Yes, he knows—Crew, prepare for jump now.” 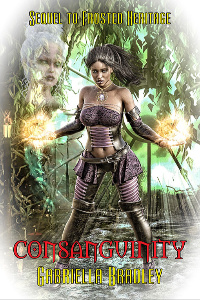 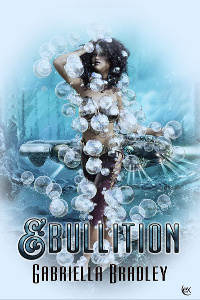