Cord and Benjie have been living together for a few months yet neither has made a declaration of his feelings. They’ve been happy together and the sex is hot, but something seems to be missing lately. Cord is satisfied with the status quo, but would like to add a little spark to the bedroom and is afraid to tell Benjie for fear of losing him. Meanwhile, an ex-lover from Benjie's past has resurfaced with intentions to harm more than just Cord and Benjie's relationship... Are they strong enough to overcome the baggage of their pasts and in doing so take their relationship to a new level? 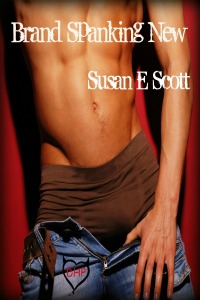 Story Excerpt
Benjie was handsome as hell, flirty and a little bit of a twink when the mood suited him, even though he was a little too old to be called one. His body was lean and athletic-looking. He had brown hair with blond highlights that Cord was almost sure were not natural and it always looked slightly messed up, as if he had just gotten out of bed. He oozed sex appeal, and Cord couldn’t take his eyes off of him as he sashayed around the tables that first night, playing it up for bigger tips. He wasn’t Cord’s type at all, not for any kind of long-term relationship, but then, Cord wasn’t looking for a long term relationship.

When he’d stopped by Cord’s table to take his order, something electric had passed between them. Benjie flirted with Cord outrageously and Cord frequented the bar almost every night, chatting with Benjie during his breaks. At the end of that first week, they had gone on a date, and then three more the next week. By the end of that second week, their mutual attraction had grown so strong that they could barely keep their hands off each other, though Cord was trying to take it slow. Something in him sensed that this was going to be something more than just a casual fling, and he was fighting it.

For their first official date, Cord picked Benjie up at work on Saturday night and they went to Cord's house. They had decided earlier that they would just stay in, maybe watch a movie and relax. Cord hoped for more and felt that the vibes he'd been getting from Benjie all week indicated that he wanted more, too. When they got to the house, Cord asked Benjie if he’d like to sit outside for a while on the deck. Adding the deck had been one of the first renovations that Cord had made when he bought the house. It was large and multi-level with steps going right down to the beach.

"Maybe later, Cord. Right now, there's something I'd much rather do."

Cord smiled down at Benjie as they walked into the house. "And what would that be?"

Benjie gave Cord a flirty look. "At the risk of sounding a little pushy, since this is my first time at your house, I'd really like to take a shower. I feel a little grungy after running around all night serving drinks, and I think that I might need some help washing my back."

"I believe that I can take care of that for you. Are you ready now or would you like something to eat or drink?"

Cord laughed and said, "Yeah, me, too. Follow me." He led Benjie into the bedroom, each of them removing clothes as he went. By the time they reached the large master bath, they were both naked and hard for each other.

After adjusting the shower, Cord turned and looked at Benjie’s body appreciatively in the bathroom mirror before reaching for him, stepping into the shower and pulling Benjie in with him. Cord lathered his hands with the soap and began caressing Benjie's body, starting at his chest and working his way down. When his slick, soapy hands reached Benjie's cock, Benjie groaned and turned to rub it against Cord's full erection. Cord wrapped his arms around Benjie and leaned down to kiss him thoroughly, sliding his tongue across Benjie's lips and slipping it in as they parted.

Benjie groaned again and tried to get closer to Cord, rubbing his whole body against him. Cord filled his palms with liquid soap and continued to kiss him as his hands slid up and down Benjie's back and cupped his ass. One finger slid down Benjie's crease and tickled his hole before sliding in to the first knuckle.

Benjie couldn't be still, continuing the movement of his cock against Cord's. The rhythm of Cord's finger in and out of his hole increased with the friction of their two cocks rubbing together until Benjie broke off the kiss and groaned, "Dammit, Cord, I'm gonna come.”

Cord held him close, wrapping one strong hand around his cock and squeezing while teasing his hole with his finger. "Do it. Come in my hand, baby." That was all it took. Benjie exploded and went limp in his arms for a few seconds. Cord held him there, rubbing his back and his firm little ass, while Benjie kissed Cord's shoulder and the side of his neck. When he was able to stand up without holding onto Cord, Benjie reached down and took Cord's still rigid dick in his hand.

"Let me see what I can do for you." Cord was standing with his back propped against the tile wall of the shower, and Benjie began kissing his way down Cord's chest, stopping to nibble and lick his nipples, eliciting a moan, before moving down. Dropping to his knees, he kissed Cord's cock and licked it from the base to the head. Wrapping his mouth around it, he stuck his tongue in the slit, while massaging Cord's balls. By this time, Cord’s hips were moving, and he’d taken Benjie’s head in his hands, starting to gently fuck Benjie's mouth. "I'm about to come, Benjie," he managed to whisper, trying to give Benjie a chance to pull away if he didn't want him to come in his mouth. But Benjie never moved, just nodded and stuck his tongue in Cord's slit again, causing him to climax with a shout.

Cord pulled Benjie up off his knees and hugged him. Holding him close, not wanting to let him go. "Sorry-- that was pretty quick."

"Yeah, I know. I guess I've been thinking about it ever since I met you, Cord.”

"Okay, but honestly, Cord, I don't think that I could have taken it any slower this time."

Cord laughed. "Me either."

They got out of the shower and went into the bedroom. Cord led Benjie over to the bed and threw back the comforter. He fell down, pulling Benjie with him. "I don't know about you, but I could sure use some sleep after that."

"Me, too. I'm exhausted. I probably shouldn't tell you this, but I've never been that turned on before." Benjie sounded like he was already half asleep.

"I know what you mean." He held back telling Benjie how he really felt--that there was a chemistry between them that he had never experienced with anyone else and it scared the hell out of him. 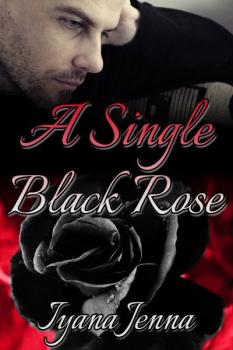 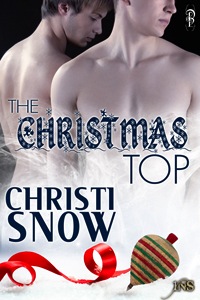 Love in the Land of Blood and Bones (MM)
James Cox
In Shelf
$3.99
Tweets by
sirenbookstrand