It feels so good to be bad...and Ryker Dennison is just that—a bad boy biker who is working his way up to the President position of the Roaming Devils Motorcycle Club. He plays by his own rules, and the club comes first, until she comes back into his life.

Ella Hawkins has loved Ryker since high school, even though the sexy doctor knows it's hopeless. She knows Ryker hasn't forgotten the part she played in his arrest or the fact that her father is a cop. But when Ella gets into more trouble than she can handle, there's only one man who can help her. Ryker will break every rule in the book to save her. Will it be enough?

Standing, she grabbed her keys and headed toward her car. The clubhouse wasn’t too far away. She drove there on autopilot and parked outside the gates. When she walked up to the door, one of the club members opened it for her and let her inside. The place was a different atmosphere during the day. No women gyrating on the stripper poles. No one fucking in the open. She didn’t want to think about whatever else they did that she didn’t know about. She walked down a narrow hall toward the back room and rapped her knuckles against the door of the room Razor had taken her into.

When it opened, she blinked a few times, not expecting Ryker to be on the other side, naked. He glanced around and grabbed her arm, dragging her inside before anyone saw.

“What the fuck are you doing here?”

Ryker shook his head. “You shouldn’t be here. It’s dangerous for you to be seen with me.”

Ella considered the danger he presented. In high school, he’d been the irresistible charmer. He’d kept his distance from her but she’d never thought too much about it. Her father preached heavily about crime in the city and how she needed to stay away from boys like Ryker. She was fairly sure he knew nothing about him back then but the association of the Roaming Devils tainted him in a way her father would never forgive. Ryker had been somewhat of a loner, though he had numerous friends. He was a troublemaker and gave the teachers a hard time about everything. Ella wondered if his life would have turned out differently if she’d made a stronger attempt to be his friend. There had been intense physical attraction between them at fifteen and if she had acted on it, would he be the criminal he was today? Would he have chosen the club life if there had been another option out there for him? Was it too late?

“I didn’t have any other way of talking to you.”

He grabbed a pen from the dresser and scribbled his number on her hand. “Call it, and I’ll answer. Don’t ever come here again.”

She stared at his body for a moment and she could see his reserve soften. “I wanted to say thank you. With everything, I know it wasn’t easy.”

He blew out a breath. “Ella, you really need to go.”

Even as he said it, he walked toward her without any intention of kicking her out. He cupped her face and held her while he leaned down to kiss her. She closed her eyes and kissed him back. The scrape of his stubble was enough to hurt but she didn’t mind. Ella felt his erection press against her as he backed her up to a nearby wall. He didn’t touch her. He simply kissed her, then pulled away.

His dark brown eyes pleaded with her. She knew she didn’t fit in with his life but she saw a different side of him that he didn’t reveal to anyone else. Maybe she was crazy for wanting to pursue a relationship with him, but he reminded her of that boy she’d liked in high school. The same one that she’d offered pencils to in homeroom. He was fiercely loyal to those he considered his family. Possessive and protective. They weren’t necessarily bad qualities for a boyfriend. She simply didn’t know how the other stuff factored in.

He opened the door and glanced out in the hallway. “Go.”

She left him, heading back the way she’d come. Fortunately there were no members lurking and nobody to explain herself to. She glanced down at her hand and saw Ryker’s number. After she got in her car, she backed out and left. Her phone was in her pocket and she reached for it, putting the number in her contacts while she drove. He said he’d answer her if she called. It was tempting to see if he spoke the truth.

She went back to the hospital and grabbed something to eat. She stared at her cell phone while she ate nachos and selected his number.

“I just wanted to see if the number was real or if you’d lied to me.”

He snorted. “Why would I lie to you?”

“I don’t know.” She dipped a chip in some nacho cheese. “Maybe you thought I was a groupie or something. Into hero-worship or some nonsense.”

“I don’t think that.” He was silent for a moment. “How’s your father?”

The very way that he asked her made her tear up. He hated the man yet he asked her about his well-being. A truly horrible person wouldn’t do something like that. She was sure of it. “He made it through surgery. He’s in the ICU.”

“You told me.” Ella felt her cheeks heat at the memory. “We were talking that one day. I don’t know. It was a long time ago. You were hungry and you said you could really go for a ham and cheese sandwich with two pickles. Diet coke too.”

She felt stupid for remembering it about him but it seemed authentic and went with her cover for the stolen drugs.

“I’m surprised you remembered that.”

She glanced down at her food. “There’s a lot of things I remember about you.”

Maybe she was a groupie, she thought, considering her opinion of him. They’d spent one entire night simply talking about everything and while he hadn’t been the most forthcoming, he’d given her a clue as to who he truly was. She dubbed him as a biker with a heart. He liked talking about his motorcycle. He liked tattoos and joked about Ella getting one. He’d even told her where to put it by brushing his finger along her arm. The tingle he’d elicited had been her first spark of attraction. She liked that he still created the same sensation by simply talking to her.

When he didn’t respond, she determined that her admission had dipped into territory that she probably shouldn’t be dabbling in. The line stayed silent for a while with just the sound of their breathing.

“Can you come over?” She swallowed. “Tonight, I mean. At my place. It’s right down from the clinic. Northern Apartments. I’m in building C, apartment three fifteen.”

“Please,” she found herself pleading. 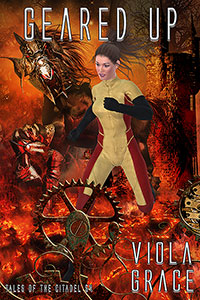