"Louisa Bacio has some scorching hot lessons to teach in Sex U! Erotica as funny, sharp, and intelligent as we wish all our college classes could've been."

-- Cecilia Tan, author of The Siren and the Sword, the Magic University series

Sometimes you need to experience what’s wrong in order to find out what’s right.

As scandal after scandal piles up and her husband’s caught cheating, Jody Druger hides at the last place the non-reality TV shows expect: Sex U.

While fighting through her bedroom inhibitions, Jody learns who she really is and forges plans for an independent future, discovering new pathways toward pleasure in the process, a truly religious experience!

Author Louisa Bacio adds a new chapter to her on-going Sex University series with this tale of life lessons at a school where nothing is what you’d expect. 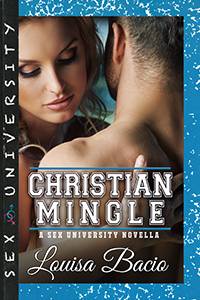 Mary Sue had offered her a lifeline here. A long weekend of babysitting. She’d contacted the school, and did all the paperwork. Sure, they had testing for STDs and everything, but with Jody’s background, they weren’t that worried. If he’d been cheating on you, though, maybe you weren’t all that safe. She pushed the thought aside. She shouldn’t question the veracity of what her husband said. When she met him and married into that crazy family, she had no idea what it would all entail.

Until death do they part? Well, this marriage was turning out to be the death of them. Or one of them.

“You know what?” Jody said, turning toward her friend, and picking up some clothes off the bed. “I’m going to do it. If it’s anything that I’m uncomfortable with, I can just say no, right? It’s probably one of those crazy publicity things. Just because it’s called Sex University, doesn’t mean that they’re actually having sex there, right?”

An odd look passed over Mary Sue’s face. Kind of like the time they were supposed to be studying for final exams in the library, and instead she’d brought a magazine filled with naked men. “Sure, that’s right. I don’t think you have anything to worry about.” 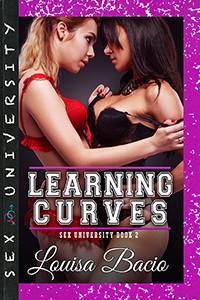 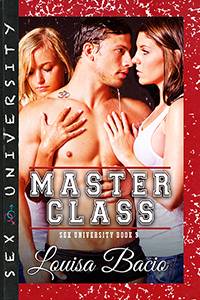