Ethan Doughtery's special gift for altering the past of those whom he touches lands him in hot water and before he can catch his breath he finds himself running from his home on the planet Rodeiro and leaping into a stopped carriage belonging to Wilgrin gentry. The carriage belongs to Alexander Bartolomby, the earl of Durchester and he's instantly smitten with the gorgeous green-eyed Rodeiron. But the time isn't right for these two men and Alexander loses trace of Ethan. But when they meet back up at a dinner party hosted by the Duke of Worthington and his husband, Mickey, Ethan's employer, Alexander is determined not to let the other man get away this time. But there are things in Ethan's past that are determined to drive a wedge between the two men, and when the appearance of an unexpected Medolcian is brought to their attention, Alexander and Ethan will have to decide whether or not to fight for their relationship, because their connection to each other goes a lot deeper than either of them could have ever expected.

Heat Rating: Scorching
Word Count: 30,954
4 Ratings (3.8)
Regency Science Fiction Alternative (M/M, Gay)
In Bookshelf
In Cart
In Wish List
Available formats
ePub
Mobi
PDF
Cover Art by Vicktor Alexander
Reviews
I love this series and I'd love to see the next book in the series. Vicktor is one of my favorite authors.
UsagiRyu
Read more...

More From The Wilgrin Chronicles

That night, as soon as dinner was over, Ethan walked the guests to the door. He kept his head down and absolutely refused to look in Alexander’s… the earl’s direction. He’d suspected that the other man was a part of the gentry, but having it confirmed was so different from just thinking it. As he gathered shawls, wraps, overcoats, gloves, and walking canes, Ethan studiously avoided meeting Alexander’s gaze.
It wasn’t until he went to hand Alexander his top coat that he looked up, up, up into his brown eyes. With Alexander being the last guest to depart, Ethan allowed himself to indulge in a moment of fantasy. What would it be like to have the other man look at him with desire? With passion? Why was it that his body trembled as he looked into the older man’s gaze? Ethan felt himself drowning in Alexander’s passionate gaze and took a step back. Alexander took a step closer, and before Ethan knew what had happened, he found himself pressed against a wall in the alcove near the front door with Alexander’s hands braced against the wall on either side of his head. Ethan’s thoughts raced to the location of his employers, wondering where they were and if they would fire him for dallying with the earl.
Ethan swallowed thickly and opened his mouth to ask Alexander what he was doing, only to shiver when Alexander placed his finger against Ethan’s lips.
“Ssshhh,” Alexander cautioned him before leaning down and brushing his lips against Ethan’s. They groaned simultaneously and Ethan felt his cock harden in his pants. Alexander hummed happily before drifting the fingers of his right hand down over Ethan’s cheeks to his jaw, down over his neck to his chest, over his stomach, and down to cup his aching and leaking erection through the fabric of his breeches. Ethan hissed as Alexander squeezed lightly and pressed his lips against Ethan’s neck.
“Mmmm,” Alexander sighed. “I’ve wanted to do this since you ran and leapt into my carriage over a year ago.”
Ethan opened his mouth once again, not in protest this time, but to ask Alexander if he’d really been desiring him for that long. He was once again prevented from responding by the press of Alexander’s lips to his. The taste of him exploded over Ethan’s taste buds and Ethan felt his balls draw up tight to his body in response to Alexander’s unique flavour. Ethan found his mind curiously wondering what Alexander’s cock tasted like. Before Ethan could draw a breath, Alexander’s hand had wormed its way inside of his pants and his drawers to grasp his cock in a firm grip. Ethan moaned loudly against Alexander’s mouth and trembled.
When was the last time someone had held him or touched him thusly? With no exchange of money, no Madame calling the shots, no guard standing outside of the door… Alexander was touching him and holding him because he wanted to, because he could, because Ethan let him. Ethan and no one else. Ethan felt liberated and free for the first time since coming to work for Mickey and Evander. This right here, being able to choose who could touch him and when and why, was what made him free. 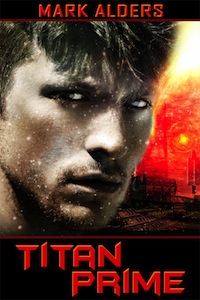