Every Single Second of the Day (MM)

Luke Marsh is a police detective, not a babysitter. Unfortunately, Skyler Middleton's daddy is rich, powerful, and influential. When Skyler is almost killed, Luke gets the unpleasant task of babysitting the spoiled heir. Skyler may be one of the most intelligent people in the world and definitely the most beautiful person Luke has ever laid eyes on, but he can't stand that spoiled brat. At first.

Skyler is irate. His father has requested for a police detective to protect him every single second of the day. He already has fifteen female bodyguards. He doesn't have enough privacy as it is. It's so much worse now because Luke, the admittedly hunky police detective, will be sharing his bed with him. Luke takes the meaning of "every single second of the day" way too literally. Skyler certainly doesn't expect for feelings of love and affection to grow between them.

Can they survive the assassination attempts? Or will their love end tragically?

Every Single Second of the Day (MM)

Heat Rating: Sextreme
Word Count: 56,636
4 Ratings (5.0)
Contemporary Alternative (M/M, Gay)
In Bookshelf
In Cart
In Wish List
Available formats
HTML
ePub
PDF
Mobi
Cover Art by Harris Channing
Reviews
💖💖💖💖 Wow this has a great start as Luke gets news he doesn't want regarding his next assignment. The fiery dislike between Luke and Skyler is just hot. I couldn't help laughing at them both as they get hot under their collars through out the story. Suspects are fast enlightened into the story as to who the possible kidnapper and killers are. I thought Luke and Skyler would love a pair of boxing gloves but Tim and Bran could definitely share them too. lol Danger again strikes. And a puzzle has to be figured out, ooh but with a twist I didn't even see at the ending. This hole book had me from start to finish as all the characters bring you in to there story. I'm definitely recommending this to readers. The funny scenes (well I thought they were) and danger and humour and everything else in between made this book. Beautifully written Sir Author, congrats.

Luke's every single second of the day is about to get interesting.
Detective Luke 28 yrs is given a case he's not happy about. Protecting a rich kid Skyler 21 yrs from threats, as someone was targeting him.

Skyler waited for Luke to continue, but when no other words came out of the man’s mouth, he decided to enter his bedroom to prepare for the party. He was astounded when Luke slipped into the bedroom right behind him. He glared at Luke.

“What do you think you’re doing in here?”

Skyler counted down from twenty to zero as he tried to regulate his breathing and regain control of his temper. “You can do that from the outside.”

“Nope,” Luke responded in a casual tone. “I’m expected to stick by your side every single—”

“Second of the day,” Skyler interrupted and finished the sentence instead. “I know, but this is my bedroom. The size of my estate is five thousand acres. This house itself is one hundred thousand square feet. There are fifty bedrooms, sixty-five bathrooms, eight living rooms, three dining rooms, three kitchens, two libraries, several storage rooms and pantries, and a whole slew of other unused rooms all over the house. There’s also a private gym inside this house. You can use any room you like. My other bodyguards all have their own bedrooms. All of my employees, including the chefs, the housekeepers, and the gardeners, reside in a separate house right behind this one. You can choose to stay there if you don’t like any of the bedrooms in this house, but this master bedroom is my sanctuary. Aside from the people cleaning my bedroom, the en-suite bathroom, and the walk-in closet, nobody is allowed in here at any other time, especially when I’m at home.”

Skyler stepped back in shock when Luke invaded his personal space. He almost yelped in surprise when Luke managed to crowd him right against one of the walls in the bedroom. He cowered a little when Luke scowled down at him. He didn’t think Luke would assault him physically, but he was still intimidated by Luke’s size. Luke was almost one foot taller than him. He didn’t need to know Luke’s body weight to know without the shadow of a doubt that the man was a lot heavier than him, especially since he was able to watch those bulging muscles straining mere inches away from him.

“My job is to keep you alive. I have to be by your side at all times, and that means we will be spending plenty of time together, including our sleeping hours. Am I clear?”

Skyler nodded meekly. “Fi…fine. I’ll…I’ll get someone to put another bed inside this room.”

“I can sleep next to you on the bed. Judging by the size of your bed, there’s more than enough space on it for five or even six men of my size.”

Skyler was going to have another word with his father later that evening at the party. In the meantime, he would just comply with whatever Luke wanted.

After that, Skyler headed toward his bathroom. He desperately needed a few minutes away from Luke. However, he couldn’t help but gape at Luke when the man followed him into the bathroom. Luke frowned at him befores peaking up.

Skyler pointed at the bathroom. “Just in case you’re such an unsophisticated and uncultured neanderthal, let me spell it out for you in a few simpler words. Bathroom. Shower. Me. Naked. Okay?”

Skyler didn’t know if he should laugh or cry at the moment. “Luke, I have no idea how you’re brought up, but in normal people’s society, everyone generally showers alone.”

“Have you never showered with your male teammates or classmates after gym classes or any sports activities back when you were still in school?”

“Not really. Besides, you and I are both men. You have a dick, and so have I. You have two balls, and so have I. If you’re worried about the size of your tiny dick and balls, don’t bother. I’m not interested in you like that. Don’t flatter yourself.”

Skyler was tempted to punch Luke in the face multiple times, but he wasn’t sure if he could win in a fight against the detective. Besides, he didn’t believe violence was the right response to anything.

“I’m about to strip my clothes off.”

“So?” Skyler huffed and folded his arms across his chest before narrowing his eyes at Luke, who simply sighed and did as per instructed. “Fine. You’re such a fucking prude. You’re twenty-one years old. I’m sure you’ve had your share of one-night stands.”

Skyler didn’t care to utter a single word in retaliation. He refused to be baited into yet another argument with Luke.

Luke scoffed. “As if I want to torture myself by looking at your naked body. That will be such a cruel and unusual punishment to inflict upon myself.”

He worked on Skyler’s shirt and shorts, tugging them off with clumsy fingers. He admired every inch of Skyler’s exposed skin. Skyler was smooth everywhere. Skyler was also beautiful everywhere. Luke couldn’t believe his incredible luck. Nobody had ever touched, kissed, and licked at any parts of Skyler’s body before. Luke was the first, and he would be the only one. He would make sure of that. He would use all of his skills to please Skyler. Skyler would never forget this evening or any other time they made love with each other. Luke was determined to be the only man, the only lover in Skyler’s life. Naturally, Skyler would be his only lover, too. He was so lost inside his head, he was rather startled when Skyler pushed him down onto his back on the bed before pushing his shirt up and sucking on his nipples one right after the other.

Skyler was obviously inexperienced. There was too much spit. Skyler’s teeth were biting a little too hard on Luke’s poor nipples. In spite of Skyler’s lack of skills, Luke thought his lover’s enthusiasm made up for everything. He lay down on the bed and permitted Skyler to explore his body. He almost bucked off the bed when Skyler licked at his belly button. It was ticklish, but it was also arousing to him. He did his best to remain calm as Skyler licked at every inch of the skin on his muscled stomach and chest. Then Skyler shifted upward, slowly pulling Luke’s shirt up and above his head before removing it completely. Luke expected Skyler to continue suckling on his nipples or something. However, he was astounded when Skyler dove down onto his neck and clamped down on it with his lips.

“Fuck, baby! That will leave a mark.”

If anyone else had given Luke a hickey, he would have been pissed off. However, Skyler’s action only served to inflame the burning passion within him. He gripped onto the back of Skyler’s head and urged his lover to add more hickeys all over his neck. The pain was maddening, but it was also turning him on. He wanted the whole world to know he belonged to Skyler. He needed everyone to know Skyler had marked him as his man. He didn’t struggle much as Skyler proceeded to do just that. Instead, he reached for Skyler’s remaining piece of clothing, which was his lover’s underwear, and shoved it all the way down with his hands and feet until his boyfriend was completely naked above him. He also assisted with his own shorts and trunks when Skyler demanded for him to strip himself bare. The two of them thrashed against each other as he divested himself of all his clothing. Then they heaved out a simultaneous sigh of relief when their bare skin came into contact with each other. However, Luke didn’t expect to hear the yelp of surprise from Skyler mere seconds later.

Skyler got up a little and stared at Luke’s dick before gasping loudly. “Motherfucking hell! What…what is that?”

Luke glanced downward at his dick in confusion. “Uh, my cock?”

“Are you asking me?”

Skyler pointed at it, obviously horrified. “How did you manage to grow something enormous like that?”

Luke was a little irritated now. “It’s a normal-sized dick.”

“That’s normal?” Skyler’s tone of voice went up by a pitch or two. “My seven-inch dick is normal. Your…your…your dick is anything but.”

Luke grabbed his dick with one hand. “Okay. Maybe it’s a little bigger than average, but—”

“A little, my ass,” Skyler cut Luke off midsentence. “The average size of all dicks is supposedly around six inches. Your dick is way above average. What is it? Twenty inches? Thirty?”

Luke scoffed. “Of course not. Don’t be ridiculous. Just slightly less than ten. Why are we arguing about the size of my dick right now anyway?”

Skyler gulped audibly. “Damn! Will it fit? It’s really long and thick. Your huge hand can’t even wrap around its girth.”

Luke grew even more annoyed now, but he also noticed the fear in Skyler’s eyes. He pulled Skyler’s down toward him and kissed his boyfriend for several moments before breaking away.

“Baby, it will fit. I promise. I’ll use plenty of lube. I’ll put it in really slowly. We can do it at the pace you’re most comfortable with.” 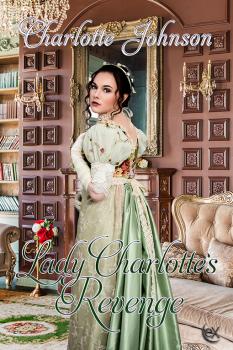