The heat of summer brings you the best in steamy erotica, a sultry collection to make you break into a wanton, feverish sweat. This one's a fiery scorcher, an exciting, wild ride, page after page. So come take a HOT vacation with your favorite eXcessica authors in this sexy, seasonal anthology, bringing you the best of all things summer!

EXCERPT FROM "The Scavenger Hunt" by Savannah Reardon:

Dena sat nervously on the couch, her body still vibrating from the thundering music and bass of the concert. Despite her anxious request to be taken home, Evan had brought her back to his apartment. Dena was secretly glad he had ignored her request, but the idea of what might happen while she was alone with him had her shivering with anxiety. A warm-blooded male differed greatly from vibrating silicone.

Evan strode into the room and handed Dena a beer. "I thought you could probably use this, it'll help relax you. You look like you are about to jump out of your skin." Dena thankfully took the offered beer and quickly drank it down in large gulps.

"Are you that scared of being with me?" Evan reached out and brushed a stray strand of hair away from Dena's face.

"I've just never" Dena trailed off, not wanting to admit she was still a virgin.
Evan laughed softly and took the empty beer can from Dena's hand and sat it on the table.

A myriad of thoughts swirled through Dena's mind as Evan leaned in and brushed his lips across hers. Why me? How could it be possible? Evan is a gorgeous hunk and I am just fat. How could he want me? The thoughts in her mind dimmed as Evan's tongue licked across her lips before pushing insistently against hers, seeking entrance to her sultry mouth. His tongue swept around hungrily inside her mouth, igniting her desire.

His hand cupped her heavy breast through her shirt. Despite being insulated by the material of her bra and shirt, her nipples still managed to make their presence known, poking through and begging for attention. She gasped as the palm of his hand rubbed seductively against one peak. Her body experienced a jumble of sensation. Nervousness still dwelled in the pit of her belly, but it was slowly being extinguished by quivers of arousal. Alien feelings of pleasure invaded her as his palm caressed her nipple. Her breathing came faster as his mouth took possession of hers, devouring her in his hunger 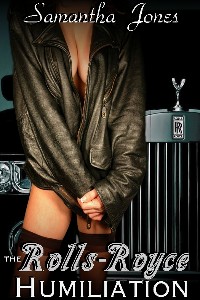