When Ben goes to visit his best friend Mark at UVA, he decides to stop by Edgar Allan Poe’s old dormitory. There, he meets a man named Raven, and the connection they feel is undeniable. He doesn’t want to miss out on time with his friend, but every moment with Raven makes him wonder if unseen forces brought them both to the historic site for a reason.

Mark couldn’t be more thrilled that his best friend has met an amazing guy. And when they go to a party Raven invited them to, Mark meets someone pretty special himself. He was already sure some higher power was working in his friend Ben’s favor, but one kiss from Loki makes a true believer out of him.

And when Mark and Loki actually encounter a supernatural presence, all four men embark on a journey they’ll never forget. 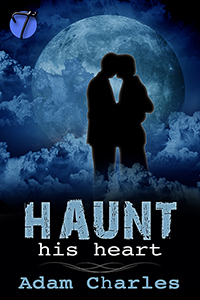 “Are you sure you don’t want to take the car? Take a spin around town? I don’t mind waiting for you after class.” Mark held the keys out to Ben one more time.

“No. I’d like to explore the campus. It’s really beautiful here,” Ben said, leaning back on the steps they were sitting on. “I think I’ll go to the rotunda, and then check out Edgar Allan Poe’s room.”

“That won’t kill much time.”

Ben smiled at his friend. “But I want to really absorb the experience. He’s my favorite poet. What would people say if I told them I’d actually been to the University of Virginia but hadn’t visited Poe’s room?”

Mark laughed. “You’re right. They’d think you were an idiot.”

“But I’ll meet you back here promptly in two hours.”

“Good deal.” Mark stood up and gathered his books. “We can go downtown and get some lunch.”

Ben nodded. “Sounds like a plan. Now get to that math class.”

Mark rolled his eyes and groaned, then waved and headed down the stairs.

As Mark walked away, Ben took a deep breath. He felt his excitement growing. He’d received both of his degrees from an urban university stuck in the middle of a smelly, dirty city. But this place was his idea of a real university. With its old buildings and beautiful landscaping, he felt he could spend the rest of his days reading a book under one of its mighty trees.

He stood up and swung his bag over his shoulder. He’d planned on going to the rotunda first, but he just couldn’t wait. From the library, he was only about three or four hundred feet from the old dorm rooms, so it made more sense to go see Poe’s room first. He set his sights on the black and gray historical marker as he cut across the grass.

He pulled his coat closer around his body as the wind picked up. Even though he would have loved the privilege of living in one of the original dorms, and it was indeed a privilege hard-won at UVA, he wasn’t sure about going through a Virginia winter without central heating.

He stopped and read the historical marker before looking over at the glassed-off room. The marker told him very little he didn’t already know, though he had to laugh because so many tourists came to see this room even though Poe was only a student there for one semester. He turned and headed for the door, wishing it might start snowing again or that one of the ravens he’d seen perched near the library would fly over and join him for his visit.

He peered into the room and was amazed at how small it really was. There was barely enough room for a rather unsafe looking single bed along with a desk and chair. There was a fireplace that looked pretty cozy, but the large window opposite the door wasn’t insulated at all. He could imagine himself sleeping on the floor as close to the fire as safely possible.

A carving of a raven perched on a branch sat on the desk.

He saw a faded plaque and a button to his right. A speaker was mounted on top of the doorframe, so he pressed the button.

“It’s broken,” said a deep, rich voice behind him.

Ben turned and saw a guy with amazing gray eyes standing there. He was fair-skinned, but not too pale, with long dark hair pulled back at his nape. He had a fabulous smile that made those big gray eyes sparkle all the more, and Ben couldn’t help smiling back.

“It’s never worked when I’ve popped by.” He shrugged. “It might have been broken for years.”

“Do you come by often?” Ben asked.

He nodded. “I moved here a few months ago, and it’s one of my favorite spots, even though nothing has happened here.”

Ben tilted his head, wondering if he was missing something. “Nothing has happened?”

The guy looked down and laughed. “Sorry. I ramble at times. I’m a paranormal investigator, actually, so I like to visit historic sites from time to time, just in case.”

“There must be a lot of places here in Charlottesville. Is that why you moved here?” The guy’s eyes danced when he laughed, and Ben couldn’t pull his gaze away for long, even though the rest of this guy was very nice to look at as well.

“I’m working on my master’s in psychology. It’s the practical side of becoming a paranormal investigator.”

“Well, it’s not a realistic career choice, so I imagine I’ll be doing something else as a day job while doing this on the side.”

Ben turned back to the room. “And nothing has happened here?” He couldn’t help feeling disappointed as he gazed into the room and tried to imagine what it would’ve been like when Poe lived there.

He shook his head. “Most people think these are the places most likely to be haunted, but there’s usually no activity in them. A place being old or having a rich history is no guarantee of anything.”

He laughed again and pointed to the little woodcarving. “I know The Raven because my mom loves it, but that’s about it.”

Ben wasn’t sure if the guy was laughing because he came here so often but didn’t really know Poe or because of the silly raven in the window. “My major was English, and I really like Poe, even though I’m more into British literature.” He held out his hand. “I’m Ben.”

“Raven,” he said, taking his hand and giving him a little smirk.

Ben laughed, but then he was distracted by how warm and soft Raven’s hand was. And how long Raven held on to his. “Ah. Sounds like your mom really loves that poem.”

“Yes, she does. Didn’t even give me a middle name to fall back on. But I don’t mind. It could be worse.” He finally let go of Ben’s hand.

Ben considered this, and then had to ask, “How?”

“I could be blond. Then it wouldn’t really fit me at all.”

Ben stuck his hands in his pockets to avoid fidgeting. Were they flirting? He couldn’t tell yet, but a fifteen-second handshake seemed a step in that direction. “That would be worse. At least it does suit you. Very well actually.”

The smile Raven gave Ben reassured him they were indeed flirting here. They both looked into the room for a few seconds, and then Raven asked, “Are you here visiting the campus itself or do you have friends here? Maybe I could persuade you to have dinner with me.”

Ben wanted to jump at the chance, but he couldn’t do that to Mark. “My friend Mark goes here. He’s in a math class right now. I’m just up for a visit, taking a few vacation days.”

Raven’s face fell noticeably. “That’s too bad.” Perking up a bit, he asked, “Would you like to get some coffee while he’s in class? Or I could take you around the campus. I don’t have any classes today. I just came over for a walk before heading in to work.”

Ben didn’t even have to think about it. Coffee and a free tour could definitely be a nice way to pass the time, especially with this guy. “I’d love to.”

Raven smiled. “Great. It’s only a short walk to my favorite place.”

As they walked, Ben admired the campus. The stately buildings and tall trees were so beautiful. He could really feel the history around him in the bricks and stones.

“There are actually lots of supposedly haunted sites on campus, but I think most of the stories are made up for the tourists and students,” Raven said as they passed the rotunda.

“Are there any you do think are real?”

He smiled. “There’s one from a few decades back that seemed completely fabricated to me at first, until I actually visited the place.” He pointed to a long two-story brick building with tall, slender windows.

“A real ghost?” Ben looked at all the windows, but he couldn’t see into the building at all because the blinds were all closed.

“At one time, I think so. The building’s still used for classrooms and offices.” He stopped on the lawn and pointed to the last window on the left, which was partially hidden by trees. “That room is storage now, but it was once a classroom. A girl died there under pretty scandalous circumstances.”

“What happened?” Even if he wasn’t ready to believe in ghosts, the story sounded intriguing.

He pointed across the street. “Let’s get our coffee, and then we’ll come back here.” He smiled again. Ben was definitely starting to like that smile. “Get the mood right and everything.”

Ben raised his eyebrows after he turned to check traffic, wondering just what they might be setting the mood for. He had ideas popping into his head already. 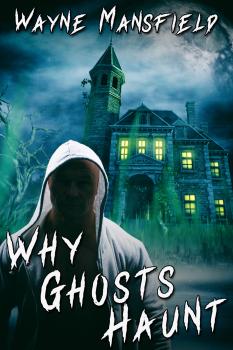