Tara is caught in a conundrum no Dareauxian wants to face. She's been called to the Community of Modernized Planet's headquarters to sign a renewal of the pledge her kind had made years ago. An agreement that states they would not take advantage of sexually immature races.

Michaelerus Fis Marran has lived in a haze of guilt and self-torment since his home world was destroyed. That didn't change when he met his next mate—a Dareauxian Princess. Still, his heart struggles to accept a secretive bride and let go of the unabashed misery that's kept him company for fifteen years. 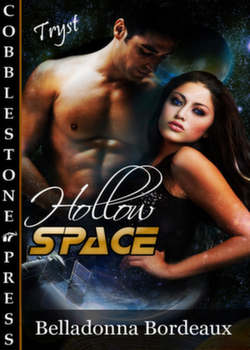 10.5 years after the Last Great War

Jada, crowned princess of Dareaux’s Northern Territory, stepped silently through the airlock connecting the League of Sentient Beings’ shuttlecraft to the massive Nebula Class Navorain War Galley. She nodded to the extremely tall warrior who met her and her party.

Her head clanged from her quick trip through Prometheus Station and had left a foul taste in her mouth.

Forcing her arms to remain at her sides, quelling the urge to rub the ache from her temples, she blew out a breath. Please don’t think.

The persistent buzzing of thoughts twittered in her head, raking long twinges of pain down her spine. A soft sigh passed her lips.

Her gaze moved over the rather bland-colored reception area until her gaze once more settled on the warrior standing at attention near the door. Please. Please. Let my mission be a success and do not allow the thoughts of others to interfere with the negotiations.

It is unlikely, she mused.

Her telepathy had picked up not just the garbled jumble of thoughts rolling from the different species but a myriad of emotions too. All the noise in her head combined with the bombarding effect of the feelings to make her a frazzled mess.

It didn’t help that she was already on edge because she’d been ordered to attend this Congressional Session. Though her education would say she was more than capable of negotiating everything from a charter to a trade agreement, and she had, on several occasions, proven her worth to the High Kings of Dareaux, she wasn’t as sure about her upcoming meeting.

Well, part of it is different. She blew out a harsh breath, wafting the veil shrouding her face. The ramification of failing in her mission was a whole other bucket of trouble.

She was to renew Dareaux’s pledge to not take advantage of any sexually immature race. Normally, her father handled this simple task via interstellar communication. Unfortunately, a new faction was flexing its muscle and calling for sweeping changes to the charter that had brought Dareaux beneath the mantle of the League’s protection and had made her homeworld a member of the Community of Modernized Planets.

The New Chastity Party. Some of the other members of the League believed this new party, based on a platform that had been conceived of two centuries before, was improved, giving kinds like hers more opportunity.

Truthfully—it was much more stringent than the original concept.

Bile rose in her throat, but she managed to swallow it.

Pasting a serene expression to her shrouded face, she tried to think of her “happy” place. A place where Dareauxsians lived in peace and harmony with the other sentient beings sprinkled across the modernized universe.

An involuntary shiver shook through her when she considered the group who were bent on destroying her people’s way of life. For all their sanctimonious rhetoric, the New Chastity Party might just be Dareaux’s undoing.

They’d not deny any other species food or a breathable environment, but they would deny us the way we produce our food source. They'd never say to another kind, you cannot heat your house at night or be allowed to produce power for your technology.

Granted, the New Chastity Party didn’t know why Dareaux’s people engaged in intimate contact daily. She doubted it mattered to the morally self-righteous faction, even if she did explain that her species needed intimate contact to survive. No. They were set on instilling their ideology that “sharing” should only occur after double occupancy or, in more infantile races, the ceremony of marriage made it official.

They talked ceremonies and single donors and such. Much of their high-browed arguments went directly over her head. She’d never heard of such things.

The weight of her duty bore down on her shoulders. How am I supposed to negotiate with a parsec high, twenty-meter thick stone wall?

Amanassa, her bodyguard and personal advisor, cleared his throat. It was his not-too-subtle signal for her to get her proverbial feet beneath her and prepare herself for their few days aboard the Nebula Class starcruiser.

“We need this alliance, Your Highness.”

His words clanged in her already tormented head. "I’m aware of the consequences we face if we do not rally our friends and make new ones as well, Amanassa." A soft spattering of sand fell from the overhead vents to drip on her veil.

Another drizzle of sand pattered down on her. “Thank you, Supreme Commander.” Grateful that he kept his mind blank, she narrowed her eyes at him. The nagging headache eased as she honed her empathy on the man she’d have to negotiate an alliance with.

Fine specimen, she decided, taking in the chiseled planes of his face. Her gaze flowed down to his broad shoulders. Her breath hitched in her chest. No farther. A sudden and unbidden desire to rest her head against his solid frame socked her.

Enough. This will not save your people from the Chastity Party. Concentrating the empathetic powers all Dareauxsian females possessed, she sucked in a shallow gasp.

She tilted her head to the side. A sadness flowed from the handsome Navorain. Mourning? She delved deeper. He’s in mourning. The next emotion she picked up on was a deep-seated longing. Digging a bit deeper, she sensed a hollowness in his being. It was the place where happiness used to exist.

Amanassa cleared his throat, bringing her back to the here and now.

“We’ll be underway in a few minutes.” Michaelerus Fis Marran scowled. “Leanderus will show you to your quarters.”

Quelling the urge to brush the frown marring his brow away, Jada placed her hands together, palm-to-palm. The wide cuffs of her sleeves gaped and sand slid over her skin.

She took a tiny step forward. A force pushed her to get closer to the man. A throb took hold in her crotch, and her nipples turned to hard buds. This man intrigues me.

“Because you have a soft heart.”

"True." Not when it came to her profession, but there was something about the warrior that touched her like no other man’s emotions had before. She wouldn’t profess it was love at first sight, but it was more a need to be with him. If she didn’t know better, which she didn’t, she’d say he was her life mate. Her desire was the first clue. The instinct to soothe him was the second indicator he might be her dedicated donor.

Holding up her hand to stop Amanassa’s continued telepathy, she shook her head. “My thanks, Supreme Commander,” she repeated when he continued to stare at her. She could get lost in his stunning silver gaze.

He held his hand out to her. “Will you join me for supper tonight in my quarters?”

Already informed of the Navorain custom of handholding, she placed her gloved fingers on his palm. “That would be lovely. I look forward to it.” Stunned when he laid a kiss to the back of it, she clamped her lips shut rather than let loose the breathy sigh growing in her throat.

“Until tonight then.” A seductive note edged his words. He turned and strode away.

She watched his retreat. Drinking in the fine figure he cut in his long tunic and legs stretching his skin-tight pants taut, she was pleased with the offer of a private conference and terrified at the prospect of being alone with him.

“I will accompany you on this dinner date,” Amanassa drawled dryly.

“That’s not necessary,” Jada responded as she followed a hate-filled young warrior down the corridor.

“You’ll have to feed before you meet with him. We cannot risk your hunger destroying our chances of an alliance, Majesty.”

Immediately offended, Jada nearly spun around to give him a piece of her mind. She didn’t. She was a royal and held to the highest standards of etiquette and decorum. Reprimanding her bodyguard in front of an alien species wouldn’t help her or her mission at all. Are you insulting my training?

“No, Princess, I’m pointing out the fact you already lust for the warrior. We should be cautious err you give him a reason to reject our appeal for peace between his kind and ours. Err, he inform the Chastity Party of things best left unsaid.”

Amanassa was right. She just hated to admit it. I will step carefully around him. Only problem with “stepping carefully” around the warrior who sent her passion into deep space was she had to have him and soon.

She was about to knowingly break the law and take advantage of a sexually immature race. 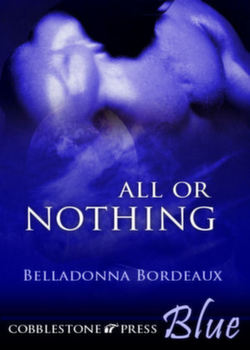 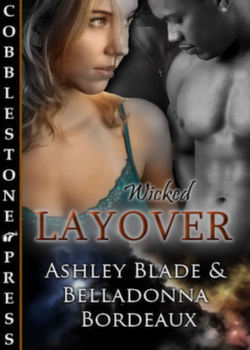