Shane Rawls has been a marine for sixty years. She's seen a lot in that time, but she's never seen real knights and dragons, though, especially the delicious Sir Landis and Sir Clemmons. As she finds herself attracted to the two men, Shane falls into the clutches of the evil king of the dragons.

Sir Clemmons and Sir Landis have a war to fight. The lizards are killing people, including Landis' wife, and now they have kidnapped the beautiful woman from the stars who has enchanted them both.

Shane, Landis, and Clemmons must deal with their attraction all while trying to stay alive and end a war that has cost the lives of countless men and dragons. Can the three survive the evils of this medieval world? Can they overcome the limits of their feelings and find love in the aftermath?

"Those who have read my other works know I like to push the envelope, and Knights of Desire is no different. I had fun with this story, but I like polyamorous tales. Working with three or more sets of emotions is a challenge I enjoy." ~ Melodee ~

5 CUPS: "Whew! Ms. Aaron has done it again; her books just keep getting better and better. This is another great book with a solid story line. I could not put it down until I had finished the last line and I read it in one sitting. The author has a real gift for creating characters and you never feel as though you are reading the same characters just with a different story line. What else can I say? The men are positively drool worthy, the heroine is my favorite kind of take-no-prisoners but with a soft side kind of gal, the sex is enough to singe eyebrows, and there is plenty of action. What more could a reader ask for?" -- Regina, Coffee Time Romance

5 ANGELS: "The HMSS Daedalus and its crew are back this time with the focus on a different set of characters and their adventures. I will be honest and admit that I wasn't sure that I was going to enjoy this installment as much as Burning Love, but I was so wrong. I think that I actually enjoyed it more. No one writes multiple partner relationships as well as Ms. Aaron, and I'm a tough sell on these types of partnerships. Shane as the female lead was a totally rocking character; tough yet feminine she embodied all that a woman should want to be, well, if you lived on a spaceship and dealt with various aliens all day long you would want to be her! The two Knights, Landis and Clemmons, are just scrumptious. I wanted to eat them up! When the three get together, it became almost too hot to handle. I love the Immortal Love universe that the Flights of Fancy books are built upon and am never disappointed when I visit." -- Hayley, Fallen Angel Reviews

4 STARS: "A futuristic romance. The setting is the future in a galaxy far, far away. Sir Clemmons and Sir Landis both serve King Sayid. The two brave Knights are lovers. During battle, they form a bond with Shane (female) and both find they love her. When she is taken prisoner of war, they risk their lives to save her. Knights of Desire has a little of something for everyone. From dragons, male/male, male/female, Knights and battles, Melodee Aaron's imaginative tale has it all." -- Review Your Book

More From Flights of Fancy

Clemmons watched carefully as the woman removed her helmet, but he wasn't sure whom to watch more carefully.

The woman-warrior was nothing less than staggeringly beautiful. Short, blonde hair made a perfect frame for the lovely face. Her chin was narrow and covered with tanned skin he knew would be soft and supple to the touch. Clemmons fought the urge to reach out and stroke his hand down her cheek.

He stared, but he couldn't pull his gaze from her eyes. Once, many years ago, Clemmons had seen a deep spring near a town, and the lizards had claimed the spring for their own, thus leaving the village without a water supply. He led a regiment to secure the spring for the men. The spring wasn't round but an elongated oval, shaped much like nuts imported from the western parts of the kingdom, and one end had a slight twist toward the north. He imagined that from the perspective of a dragon flying high overhead, the spring would have looked much like a man's eye. The locals didn't know how deep the water of the spring was, and some said it was bottomless. Clemmons knew such ideas were nonsense, but he had seen the water for himself. Still and a deep blue with swirling flashes of white, the depths could have gone on forever. The eyes of the woman now standing before him and Landis had that same look—deep and infinite, a blue that grabbed a man and held his every attention, mindless of all else around him.

Her body, details hidden by the black armor she wore, was delicious. Large, firm breasts sat high and pointed on her chest. Her legs seemed to go on to the same infinity reached by her blue eyes. Between tits and legs resided a playground of delectable curves, ridges, and valleys of feminine flesh.

She had a beauty to rival that of any of the women at court, and yet this woman was clearly a warrior. She gave orders to the men who accompanied her, and the attitude of the men was such that Clemmons fully understood she was more than capable of defending herself. Such women were exceedingly rare, and he couldn't recall any in his past.

But as fascinating as Clemmons found the woman, he also noticed how Landis stared at her. His lover's face held a strange, dreamlike expression as his gaze flowed from the woman's pretty face, down her chest, across the flat stomach, and played down the shapely legs to her feet before moving back up her form.

Sometimes, when Landis spoke of Anna, his face held that same, faraway look.

His fingers dipped into her wetness, and his thumb pressed against her clit, rubbing and flicking the hard button. He pinched her nipple with his other hand. Shane knew her passions were high, and his actions had pushed her far along the way, but she didn't expect that when Landis bit firmly on her other nipple her orgasm would hit her so fast.

She screamed out loud, just a string of incoherent noise, as her back arched high off the floor of the woods and her body jerked in the spasms of her climax. As she writhed, Landis fingered her pussy ever deeper, and he chewed gently on her nipple. As he pressed his hand hard on her clit, Shane's hips bucked against him, and her vision clouded with bright lights that seemed to swim in and out of both existence and focus.

When he pulled his hand from her flowing pussy and released his grip on her nipples with his hand and mouth, Shane flopped back to the ground, her breath racing from her throat in gasping pants. He reclined beside her, and his hard cock pressed firmly against her hip. Shane pushed him onto his back and leaned over him, her tongue tracing the length of his cock from his balls up to swirl around the bulging head. When she sucked the head into her mouth, he flinched and he wrapped his fingers in her hair.

Instead of forcing her head down onto his dick, Landis pulled her away, his cock making a wet popping sound when it slipped from between her lips.

He took a deep breath and smiled. "No, not like that."

Landis gripped her hips and lifted her from the ground, only to lower her onto him, straddling his hips. His hard dick rubbed delightfully between the lips of her pussy, and Shane leaned forward to kiss his lips. The wonderful explosion of his flavor again filled her mouth, and she flexed her hips slightly. The head of his cock slipped over her clit, making her jerk, and then he entered her, his girth spreading her wide and his length filling her fully.

She sat up, taking him deep inside her pussy, and Landis moaned softly. Rocking her hips, Shane rode his cock and her moans joined his.

His eyes fluttered closed, and he tensed under her. Landis grasped her hips tightly in his hands, and he thrust up, slamming his balls tight against her ass.

She leaned forward again and kissed him softly, his softening cock slipping from her pussy. Shane rested her head on his big shoulder and kissed tenderly at his neck.

His arms slipped around her shoulders, hugging her closely to his chest.

"I didn't want that to happen so soon." Landis sighed a little. "It's been more than seven years since I was with a woman."

"Hush." She put her fingers on his lips, and he kissed them. "You have nothing to explain or be sorry about."

Shane knew she was, like all Marines, a bundle of trained reflexes and nerves. She couldn't turn off the reflexes, not even in the afterglow of making love. A small noise, maybe the snapping of a stick under a foot, or perhaps the scraping of dry leaves against a boot, caught her attention, and she reacted instantly and without thought. She rolled from atop Landis, getting her bearings, only to realize too late her weapon lay under the pile of her jumpsuit eight meters away.

She glanced at Landis, and he sat calmly on the ground, staring past her. When she followed his gaze, Shane saw Clemmons standing at the edge of the small clearing, his eyes wide as he stared at her and her lover, who also happened to be his lover. 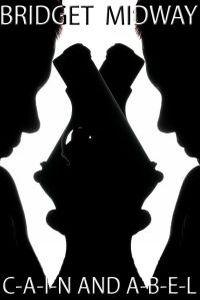