Years after her husband’s death, Mirra Shade lives alone in her motorhome. She is living close to her son and his three children, but at night, the loneliness of an empty bed plagues her.

Mirra has a thing for bad boys, but has found no one who could capture her interest enough to bother going on a date with him.

When a toy hauler pulls into the space beside her, Mirra finds herself compellingly attracted to the owner.

Ramiel is a long haired biker with a captivating smile who has spent the last year of his life honoring his late wife’s wishes. It seems the two have a promising attraction to one another, but secrets from his life leave them both caught in a string of mishaps that threaten to end things before they even have a chance to begin.

With the aid of Ramiel’s long standing friend and occasional lover Hayyel, will the blessed of the archangels allow them to find happiness, or will it all come crashing down around them and tear the three apart?

Mirra sat in her soft oval folding chair, the easel perched on a table before her. She was finally getting around to painting a scene of the dramatic old live oak trees grouped together behind her space. They were beautiful large majestic things with sprawling branches overgrown with ferns and draped with sphagnum moss. With the short growing bushes beneath them, this group of oaks had always reminded her of the entry to a fairy paradise, and the trick was to capture it in the painting.

Taking a sip of her tea, she returned to the scene forming before her.

The sight of Elmer zipping by in his golf cart snagged her attention and she glanced up to see what was going on. Elmer parked in the road and Mirra saw the dark-blue truck pull through with a large, probably thirty foot toy hauler being pulled behind it. Elmer directed it into the space with hand signals as Mirra leaned back to watch.

It was a fairly nice toy hauler, not brand new, but still shiny under layers of road dirt. The gray coating indicated it had been on the road for quite a while, and she wondered from which state they had come.

The park she was in catered to an older crowd because it was slightly off the beaten path. There were no major attractions close by, but for Mirra it was perfect. Her grandson lived nearby and she had driven down to see him with the intent to stay until closer to bike week. In the end of February she had made reservations to move over to another RV park in Port Orange. It was a nice place with a river running to one side.

Elmer strolled over to have a look at what she was painting. “That is beautiful, Mirra. I didn’t know you could paint.”

“So who is the new addition? Are they just passing through or staying for a while?”

“Honestly, I’m not really sure. I found a note in the office this morning. It said a toy hauler was coming in and to put him in site eleven. The owner never tells me the details, although I usually find out before the end of the day.”

That he did. If she wanted to know anything about anyone, all she had to do was ask Elmer. The man was a fountain of information. “I guess time will tell. What age do you think them to be?”

“The driver is a male in maybe his forties. I don’t see anyone else, unless they are sleeping in the back seat or in the toy hauler, which is not really legal.”

That was an interesting tidbit. She suddenly lost interest in her painting and paid more attention to who got out of the truck. He was certainly taking his damn sweet time about opening the door.

When it did open, she felt her heart skip a beat. Elmer wandered over to him and it was all she could do not to stare openly. He was tall and slightly muscular, dressed in a pair of boot-cut jeans and a well-fitted black T-shirt. His hair was black with streaks of gray, and he had it neatly combed back into a ponytail. He was absolutely gorgeous with the undertone of a biker bad boy in his slightly arrogant posture. His smile, however, was endearing, and when he turned it on her, she wanted to melt.

As Elmer headed back to his golf cart, the man strolled over to her.

Mirra suddenly wished she had dressed better or done something with her hair. It was un-brushed and pulled into a twist behind her head to keep it from blowing in her face while she was painting. He held out his hand in a welcoming fashion and she stood, tugging her ratty T-shirt down over her baggy sweatpants.

“Hi, I’m Ramiel. I guess we are going to be neighbors for a while.”

He turned to it and smiled. “It’s comfortable. Is this one yours?” he asked pointing behind her.

“Yes. I’m a full timer, or a snowbird, but I spend more time here than home.”

His eyebrows went up as he chuckled briefly. “Small world—me, too. What part?”

Having him say he was from the same state was odd, but she had run into it before. There always seemed to be someone around who was from her area. “Sharon, although I probably won’t be going back there. My brother has five acres of land in Virginia and I’m welcome to hole up there if I’m craving cooler weather.”

“Ah, that’s always helpful. My sons took over our business and the house. I can go stay there any time I want.”

“What kind of business?”

“Landscaping, plowing, etcetera. It started with my father and grew into a thriving business. When I’d had enough, I turned it over to our children.”

He had children, so what about a wife? “So where is Mrs. Ramiel?” 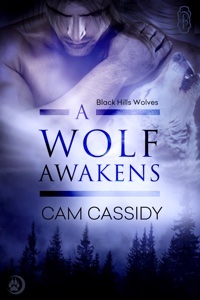