Who can a young witch trust when evil comes to call?

Mari has always been different, but she still managed to deny her Gift. But now the shape-shifting dragon, Torrin informs her she's expected to save an unknown world and destroy a great evil.

With no idea of the extent of her abilities, Mari sets off to the dragon's hidden land, accompanied by her familiar. It's not much fun being the savior of a people- especially an ignorant savior--but she'll learn as she goes.

To defeat Huw Cadogan, she will need to look deep into her heart and mind to accept herself and her place in the world.

But in which world does she belong? The one she's known all her life--or the hidden land of the shape changer Torrin?

WARNING: An almost-rape scene--but no graphic sex--lots of mountain climbing, and a very sarcastic cat. 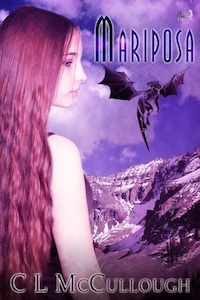 Sometimes, when a person is in a place of darkness, when it seems like nothing will ever be light again, a small miracle happens. Sometimes it’s not even recognized as such, but it is because it helps to heal a sorrowing heart. I came out of the darkness of the road, toward the light of my new home and sitting precisely in the middle of the top step was Grey Malkin, a small miracle in his own right.

Some thought him my Gran’s familiar. Others, like Mama, called him evil. Miz Ledbetter pronounced him a heathen and a nuisance because he did have a liking for her fancy chickens. Like all cats, he was dignified except for those occasions he acted silly, and had that air of superiority for which cats are renowned. He’d always been in my life, as far back as I could remember. A very long-lived cat.

He’d disappeared the day Gran died and had been missing ever since. I had thought him dead, eaten by a fox or bear, or perhaps gone to the place familiars go when their witches need them no longer. Apparently the powers that be thought he was still needed. To guide the fumbling footsteps of a very new, very insecure witch maybe?

He was thin, weak from hunger too, though he’d never admit it. He sat on the step he’d made his throne and gave me his disdainful stare. “You weren’t here. I expect you here when I lower myself to come. You will please correct this matter and see to my needs.” He could say quite a bit without uttering a sound.

I’d never treated him with the respect he thought he deserved. He took it all in stride though and was very good-natured about it and never bit or scratched or showed any displeasure.

Mostly he was with Gran. If she was working on a new spell, he’d be curled on the table without regard to her papers, his paws tucked under his body, his eyes half closed. I don’t know what use he was to her. He looked to be asleep to me. When I asked Gran, she said he had lots of good ideas and I didn’t know whether to believe her or not. At night he slept on her bed, and when her illness took her bad, he never left her. Not until she’d left him first and then he’d disappeared. We all mourn in our own way.

I sat down beside him. He ignored me and stared out at the fireflies, the tip of his tail twitching.

He distained to answer but shifted his position slightly.

“I missed you,” I told him softly. “I thought you’d followed after Gran.”

He turned his head and I got the full effect of his clear green eyes. “You thought wrong. As you usually do. Did you mention food?”

I laughed softly and ventured one finger to stroke his neck. His cheek pressed briefly against my hand and then he was on his feet, tail high, headed for the kitchen. He stopped once to stare back at me. “Well? What’s keeping you?”

I laughed again and got to my feet.

I fed Grey Malkin the leftover chicken I was planning for my own supper along with a bowl of sweet milk. He gulped it down. I knew then it’d been awhile since he’d eaten. He was usually a very picky eater.

I settled into the rocker, watching Grey Malkin groom himself clean after his meal. When he finished, he stared up at me. Waiting. 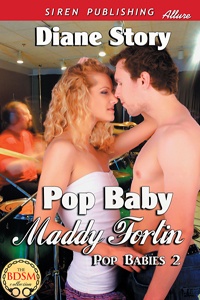