More From Men of McKenna Downs

His smile waned and his eyes turned cold with warning. “I know.”

The look chilled her. Why was it okay for his brothers to be interested in her but not Diego? Was Greyson more of a keep-it-in-the-family kind of man?

He turned, stopping when she touched his forearm to keep him from leaving. His hard gaze fell to her hand on his skin before his eyes rose and seared into hers.

Shaking, she moved her hand from him. “I like some pain…when I…”

“Fuck every man in this house?” he quipped dryly.

His I-spy-a-ho implication grated on her nerves and there went her saintly tongue. “Not everyone in this house. I haven’t done your father, and you’re not getting any action.”

Greyson’s brow popped up at this in an “Oh really, woman? Are you going to challenge me?” arch.

She shriveled at the authoritative look, thrilling that his eyes silently threatened to punish her.

“How do you know I’m not getting any action?”

The insinuation bugged her. He was hers, damn it. He wasn’t really hers, but he sort of was or should be. Damn him.

“Then you shouldn’t have cropped me in the barn.”

“It’s a stable,” he corrected her.

Her jaw flexed. “Whatever.”

She burst into laughter.

His lips twitched with humor even if he did appear annoyed. “Are you laughing at me?”

“What does it matter what I call your barn?”

He stepped forward, chasing her merriment away and replacing it with devastating arousal at his closeness. “It’s a stable, Melanie Laurie.”

Her pussy clenched and a spasm fluttered in her stomach when he cradled her jaw in his hand.

“I know you’re a good woman.” His thumb slid over her bottom lip, making it tremble beneath his weightless touch. “And as such, I know you’ll obey me and say what I told you to say.”

She went breathless, burned alive over his words. “Stable.”

“Good. A barn is for livestock, equipment, and feed. A stable is geared more toward horses. It sounds classier anyway. The words are often used interchangeably, but they really shouldn’t be. It’s the difference between chaos and peace.”

She almost laughed at him, but his sex appeal kept her quiet and obedient.

“Now, make me a sandwich.” He gave her a teasing smile that said he knew how chauvinistic it sounded.

Mellie didn’t mind fixing food for them. It was her job, after all, and being given orders by these men made her wet.

Greyson let go of her chin and stepped back to watch her while she assembled the sandwiches. “Did you aspire to anything before this?”

He didn’t look like he meant the question as an insult. It seemed more like he’d spent too much time around animals and not enough time around his classy mother.

“You mean did I have dreams?”

She smiled a little. “Well, I wanted to settle down and have a family.”

A familiar sense of plainness swooped in, reminding her that her life had been so simple and common. A few of her friends in California hadn’t understood her need to submit and the way she thrived on domestic duties. They had their careers, and all she’d ever wanted was to be a wife and mother. She’d felt out of place. Here she felt like she belonged.

“I’m not afraid to work or anything,” Mellie replied. “I really only ever wanted to be a wife and mother. I feel my most content when I’m taking care of people’s needs and spending time with the ones I love.”

Greyson just stared at her. The intense gaze probed her as much as it exposed his inner conflict. “You’re not like other women I’ve met outside of McKenna Downs.”

Well, that comment was all fine and dandy, but it really could be taken either way. “How so?”

Her head flew up to make eye contact with him again. Was he interested in her beyond sex?

He quickly cleared his throat and closed up again like a Venus flytrap that had what he wanted and refused to let anything else come out. “For my brothers.”

She twiddled her thumbs and watched him walking away. “I’m not a masochist.”

That stopped the sadist in his tracks. He turned to face her, expression cool and collected. “You mentioned that already. Why are you telling me this?”

“Because even though we’re different, I have what you want the most.”

And this confidence with Mr. Cranky Pants came from where?

Greyson stalked toward her, appearing fascinated by her. “And what is it you think I want most?”

He paused in front of her. “No one is submissive enough for two Doms, or perfect enough to hold five hearts in their hand.”

Something in her words sent a flash of what almost resembled pain in his eyes. “Good for you.”

His hush radiated with vulnerability, but she couldn’t leave it at that when he turned slowly on his heel to leave.

He froze and hesitated before facing her again. “What makes you think I need saving?”

“You were right when you said someone hurt me in the past. Looking at you is like seeing into a mirror for me. I know someone hurt you. I don’t know who or when or what they did, but I know I can save you.”

“No one can save me, Melanie.”

“I’d like to try. I really think I can give you what you need.”

His eyes glimmered with hope and primitive yearning. “You have no idea what I need.”

“You’re a sadist, and I’m submissive enough to take the pain.”

His pupils dilated with hunger and depraved astonishment as she closed the short distance between them. “Be that as it may, you can’t handle me at my worst.”

Sir gave her a delicate peck on the shoulder before stepping back and resuming the flogging with the leather roses. The stinging, thudding impact persisted a few minutes longer until she felt like her mind was gone. She wasn’t in control anymore. He was, her Sir, her intended Master. Which should she think of him as?

“W–what should I…c–call you?” She felt like an idiot for stammering, but she was so out of her head right now it was more like someone was telling her she was a babbling fool rather than the thought registering to her.

“When you come, call me whichever feels the most natural to you.”

Her mouth fell open when his rough, warm hand crept down between her legs and cupped her flaming mound. A desperate sigh floated past her lips.

“You may come for me, Melanie.”

“Thank you…Master.” It didn’t feel unnatural or sound forced. Diego was her Master. The possessive knowledge and the skill of his engaging fingers made her come long and hard. She gasped in pleasured shock at the strength of her orgasm and the power in his touch.

When he pulled her away from the wall and into his arms in a loving embrace he offset with a hand wrapped lightly around her throat, she came even harder.

“My gorgeous Melanie, come for me. Come for me again, my sweet slave.”

His expertise and words defeated her and she succumbed to another brutal climax that shook her up inside. Arousal devoured her like a bear that had just woken up from hibernation. She felt such hunger and her cunt gripped emptiness. She needed his stiff cock down there, anywhere so long as he filled her, owned her completely.

Master led her over to the bed and then laid her down on her stomach. She winced and flexed her jaw in misery when he applied salve or some kind of healing balm to her bum, legs, and upper back.

“You did so well, my little Melanie. I’m very proud of you.”

She had a feeling it might take some getting used to uttering that word when she wasn’t unbridled in subspace, but for now she was uninhibited. Calling him that felt right, but it would probably sound intense when she wasn’t drugged with elation.

Melanie gave him a breathless moan in response as his digits slipped into her anus and began lubing and stretching her there.

“Do you want it, Melanie? Do you want me to fill this tight, hot ass and remind you who owns it?”

God, did she ever.

“My good, submissive woman. I’m going to take you up the ass through your panties, like you’re a naughty schoolgirl stealing pleasure.”

She let out a dreamy sigh when he pulled her lacy panties back up over her butt and then tugged them to the side to make room for his dick.

“Hold your ass cheeks open for me. Show me that you accept my cock in your body wherever I choose to put it. I will fuck you whenever and wherever it pleases me. Do you understand this, my sweet slave?”

Her cunt pulsed hot and slick with need. “Yes, Master, but my vagina aches. You should be in there.”

“Much better. This time I desire to be in your ass and that is precisely where I will be. My will, little submissive, not yours. I know how to please you.”

“Do you feel how dominated you are, dolce? How completely I fill you and own your asshole?”

“No, sweet slave, right now you call me Master. It was your decision, remember?”

It had been her decision. That made her happy, but she knew what would make her hornier. “It was your decision, Master. I submitted to it.”

He sounded like he was smiling. “Does that make you giddier to think of it as my decision that you are powerless to refuse?”

Mellie felt her sphincter being willed open by his determined erection. She loosened her muscles as best as she could so he could stuff more of his cock into the snug grip of her ass. The pain on her backside had mellowed some, compliments of the salve or whatever healing ointment he’d put on her. The simmering heat and soreness that did linger helped to dull the pain of being skewered on a dick that forged up her asshole.

Still, the sensation wouldn’t be done away with completely. She felt every inch of his thick, pulsing length as he split her open wide for his deviant intentions. The unnatural advancement in her forbidden hole still shocked her and made her feel like something of a bad girl for accepting him there.

Better still was the exhilarating surge of helplessness that accompanied the taboo penetration. Master’s strong, solid body hovered over her in victory. His strength and her own submission hypnotized her and held her down as his fat girth spread her delicate tissues. When he reached into her as far as his cock could advance, he let out an excited gasp of accomplishment that burned her up inside.

His heavy scrotum rested against her blazing bottom. His balls felt full and like they were hardening with pent-up lust where they sizzled against her ass cheeks.

He reached under her and adjusted her panties so the lace dipped into her folds and rested against her eager clit.

“Grind yourself on the lace while I fuck what belongs to me.” 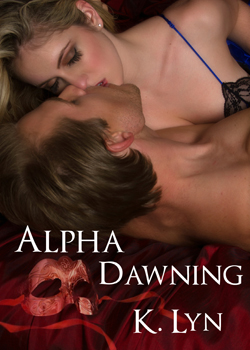 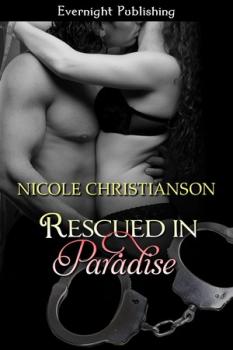