Heat Rating: Sextreme
Word Count: 40,685
10 Ratings (4.4)
Contemporary Paranormal Shape-shifter Vampires/Werewolves Alternative (M/M, Gay)
In Bookshelf
In Cart
In Wish List
Available formats
PDF
HTML
ePub
Mobi
Cover Art by Harris Channing
Reviews
Noah and Astley story.
Noah is a lion shifter, who was rescued. Astley is a wolf shifter. He disappeared from the pack, what was 2 wks pack time was 8 years where he was. He returns not as a 16 year old that he was when kidnapped but as a 24 year old.
Good read. Enjoyable.
MM.
Enjoyable series.

Opening the front door to the house he shared with his brothers, Noah inhaled and then breathed a sigh of relief. Joseph isn’t cooking tonight. His stomach would have done a happy dance if it could have. The brothers all took turns at the different chores around the house, which was fair and good in theory but, honestly, Joe could burn water. Cooking was not Joe’s strong point and all of the brothers knew it. The odours filling the house told of something savoury and meaty, not charcoal. Walking along the corridor, he spotted Joseph in the sitting room on the way past the open door.

“Hey, Jamie Oliver! I thought it was your turn in the kitchen today.”

“Ha-de-ha-ha.” Joe grinned at Noah from the sofa. The way he tapped the TV remote on his jeans-clad thigh was habitual, and he was not in the least offended by Noah’s jibe at his lack of cooking skills. “I pulled duty over at Jakes, so I swapped with Sol. Isaac and I just got back. Lucky you, you get to eat my food on Monday.”

Jake and his men must have been off on some mission or other—they didn’t like their house to be empty, so whenever the whole team was away they had someone on guard there even if it was only for a few hours. Noah thought sometimes it seemed like overkill, but with Jake and the other men who lived in the enormous house owned by Perry, the pack alpha, having been in the security field for years and with their previous military history, Noah was not going to second-guess them. They knew what they were doing and he probably would not be alive today if it had not been for them and their expertise. Isaac had decided to join them a few months back and was in the middle of training. The training was a lengthy process, as it had to cover both sides of the job. He was not up to going on missions with them yet, but he was perfectly capable of standing watch while the rest of them were gone and looking after the day-to-day stuff.

Through in the kitchen, Sol was carefully taking a large orange casserole dish from the oven. He turned, closing the oven with his elbow, and put the dish down on a metal trivet to protect the surface of the countertop.

Sol glanced his way. “No, thanks. Actually, yes. Could you mash the potatoes? I just drained them.” As Sol shucked the bright pink oven gloves, which Isaac had thought were a hilarious Christmas present for Joe last year, he jerked his chin at a pan beside the sink, which had a colander sitting in the top. Wisps of steam hovered over the pan. Noah went to the fridge and got a pack of butter and then fished the masher out of the drawer. He had to fiddle with the contents of the drawer to get it shut again.

“Pepper?” Sol looked around before tossing the grinder, which had been on the counter right beside the casserole dish, to him. Noah gave the top a few twists over the potatoes. He added butter and mashed until the potatoes looked smooth and creamy. While he worked, Sol rinsed the colander out then took another pan from the cooker top and drained some peas.

“Something smells good.” Joseph wandered through from the sitting room.

“It’s just about ready. Could you call Isaac?” Sol asked him.

“Sure.” Joe leaned back from his waist and yelled at the ceiling. “Isaaaaac! Suuupperrr!” Noah and Sol both winced and there was a loud thud from upstairs.

“Could you be any louder?” Sol and Noah grinned at each other after speaking at the same time.

“Sorry.” Joe did not look in the least repentant.

“You bellowed?” Isaac came up behind Joe in the doorway a few moments later and shoved his shoulder. Joe grabbed Isaac around the neck with his arm and the two began wrestling. There was a crack when one of them thumped against the door which stood open.

“Oi! Come on you two, you are like a pair of kids. Try not to destroy the house. Supper is ready, come and get it.” Sol eyeballed the younger half of their family.

Isaac and Joe stopped fighting but jostled each other playfully on the way to where the food was laid out. Sol portioned out the mash and peas on the four plates, which he had ready, and everyone took one and helped themselves to the beef stew. Noah’s stomach grumbled at the sight and at the delicious smell of the meat and chunky cut vegetables in the thick gravy.

When they were all about halfway through their plates, the phone rang. Sol was closest to the handset and got up to answer it.

“Sol here. No, I haven’t seen him…yes, he’s here.” He held the phone out to Noah, mouthing “Jessica” at him.

“Noah? Have you seen Astley?” Jessica’s tone put Noah’s lion on alert. Something was wrong.

He crept into the room as quietly as he could to avoid waking his mate and stood looking at him sleep for a few moments. Since he had left the room, Noah had turned onto his back and lay with one arm flung out on top of the cover. His jaw was heavily stubbled, as he had not shaved the day before and there were pillow creases down one side of his face. God, he’s gorgeous.

Noah stirred slightly, and Astley tried not to think too loudly as he grabbed something and went to the end of the bed. He didn’t want Noah to wake up just yet. He slowly peeled the duvet upward and crawled onto the bed. Noah’s legs were only a little apart, so he had to straddle one of them. He squeezed some lube from the tube he had fished out from under the pillow into one hand and reached for his own pucker.

Leaning over his mate, Astley had to balance himself carefully. He would only be able to use his mouth on Noah, as he would have to use one hand to hold himself up while he stretched himself with the other.

He inhaled the scent of musk, man, and mate, and his mouth watered. Noah’s cock was flaccid and rested on his balls, heavy between his thighs. He leaned in and gently sucked the head into his mouth. He suckled for a minute, enjoying the taste of his mate, and then let it go. He nudged it aside and took one of Noah’s balls into his mouth. He mouthed it, rolling it in its sack, and suckled on it the way he had the head.

Noah moaned in his sleep and shifted. His legs separated farther, and Astley hurriedly let go and moved to kneel between Noah’s legs properly. He went in again and back to Noah’s now filling cock. It was thickening and growing heavier as he licked a line up its length. Astley tongued the slit as he pushed a second finger inside himself, trying not to groan at the feeling.

By the time Astley had four fingers inside his own arse, Noah’s cock was fully hard in Astley’s mouth and he was mumbling in his sleep, his head tossing back and forth on the pillow.

Astley crawled up his mate and kissed him awake.

“Morning, baby,” Astley whispered against his lips. Noah’s reply was unintelligible, as Astley was kissing him again. Noah’s hands came up to cradle the back of his head. Astley slowly knelt upright, taking Noah with him. “Move up.” He pressed his mouth to Noah’s once more, grabbing pillows and stuffing them behind Noah’s back as they moved up the bed toward the headboard a little awkwardly. Teeth clashed and noses bumped, but they both laughed and went back for more.

Soon, Astley was straddling Noah’s lap. “Hold me,” he told his mate, and took his hand before leaning back as far as he could to reach for the lube with his other hand. His fingers scrabbled at the side of the tube, but a moment later he was pulled upright, grinning, with the tube in his hand. “Success!” He flicked his hair out of his eyes and popped the top of the lube to squeeze some into his hand. Noah’s cock was slicked quickly, and Astley tossed the tube aside. He lifted up and Noah positioned his cock at Astley’s entrance.

Both men groaned in unison as Astley sank down, taking Noah inside him. It still burned like fuck when his arse was invaded by Noah’s monster, but Astley now loved the feeling. He loved feeling stretched so wide by his mate, possessed by him, but this time he wanted to keep control of Noah.

Noah’s eyes were heavy with lust, dilated so there was only a small rim of blue around the pupil. He reached for Astley’s hips, but Astley grabbed his hands, laced their fingers together, and pinned Noah’s hands back against the headboard. He kept the movements of his hips deliberately slow, rolling them, feeling every inch of Noah’s cock pushing into him, pulling almost out, and back again as he licked at Noah’s mouth and delved inside in a scorching kiss.

Heat was building in Astley’s belly and trailing fingers of fire down his spine. Their breathing had sped, forcing them to break for air around their wet, openmouthed kisses.

The world faded around him until all he could feel was Noah, all he could smell and taste was his mate. Astley’s pulse pounded in his ears, blocking out everything but the sound of the whimpers and groans welling up from inside both of them, their rasping breaths, and skin sliding on skin.

Noah’s cock was once again tormenting his prostate. It was so large that every time he was inside Astley, he could not avoid the constant pressure against the sensitive spot. Astley could feel his orgasm building, his balls tightening, and his muscles spasming around Noah’s cock. 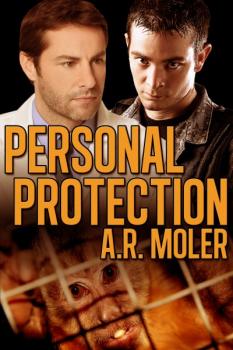