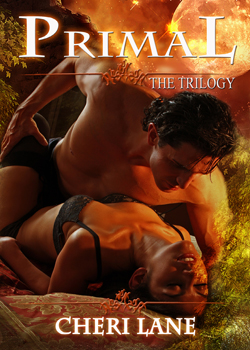 Book One: Primal Menage
The reclusive Wolf family live deep in the woods and Maddy has been hired as nanny to their two boys while the Wolf couple are away. According to rumor they are leaving for their yearly feeding frenzy but knowing that Wolf is their last name and not what they are, Maddy pays little attention to idle hearsay. When she arrives at the secluded house in the woods, she is stunned to find that the two boys are grown men. Mrs. Wolf strongly cautions the young woman never to follow the two brothers when they retreat into the woods for extended periods of time. Maddy makes herself comfortable in the huge stone mansion in the woods not expecting the brothers to demand the unthinkable of her, each drawn to her by his own primal instinct.

Book Two: Primal Instinct
Witness to the most heinous crime imaginable, the young Ryol escapes to the woods where he lives among the wolves and learns how to survive in the wild. When he returns to seek the one thing he needs to live among humans, he is shunned and considered a wild beast. There is only one family who can help him. Dan and Virginia Wolf offer Ryol a home with their two sons who were also raised by wolves. The intuitive couple knows what the grown man now needs and they know the one woman who can satisfy those needs. Maddy is summoned once again to the Wolf mansion but this time the stakes are much greater. There are three men now, each territorial, with the first two unwilling to give the third son what they consider to be rightfully theirs.

Book Three: Dark Desires
When a woman is purchased by design and trickery to satisfy the sexual hunger of a man who has never been denied anything, she quickly learns her submissive place in his world of dominance and control. Domination is the only life he knows, having been taught well by his ruthless and greedy uncles. During the few times the man is away, the woman searches for explanations of her captivity, uncovering secrets about her captives so bizarre that she begins to fear for her survival. 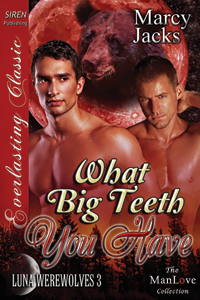 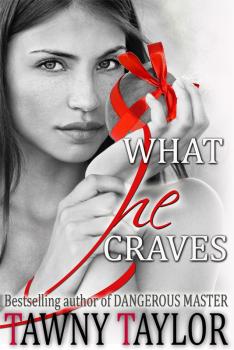