Polarium; a huge fictional star visible to all planets and featured in all four stories in our Star Chasers anthology. Polarium’s purpose differs depending on where the story is set but has a huge influence over the lives and loves of the characters involved. Treat yourself, stowaway with us and transport yourself to the stars with some of eXtasy Books’ top authors.

Locked in stasis within a slow orbit around a star, Ember has to face the fact that something is moving on the surface of Polarium.

She had a bright future when her ability for mimicry was developed on the molecular level. Ember had her future stolen when raiders attacked the shuttle taking her from the Alliance to her assignment as a student at the Archive.
She was locked up, wrapped up, and frozen for an unknown purpose.

While she sleeps she is sold several times, passed along and finally, the ship she is on explodes and leaves her in her stasis cocoon, in orbit around a bright star.

The computer wakes Ember when something approaches her unit and the fire wraps around her and carries her off. The moment the unit opens she uses the talent that got her a place in the stars, and she meets the Avatar of the star she was orbiting.

Rule number one of a stowaway… Always blend in.

At least that is what Isabella had planned to do when the Initiation Two landed on Thauro. But how is a girl supposed to blend in when she wakes from stasis to find herself alone on an alien planet? With no trace of the ship or crew in sight, she is forced into thievery to survive.

Rule number two of a stowaway… Don’t get caught.

Aliens don’t come in sexy packages that make your skin prickle and your heart skip a beat. And they sure as heck don’t shift from lions into humans. Do they? She is hallucinating or…the ship crashed, she’s dead, and this is Heaven.

A slave and a gladiator. A nobody and a mega-star. Two unlikely lovers unite to escape a mad king, elude a vengeful trainer, and survive a natural disaster. All he wants is to go home.

Brock has it all: luxury, wealth and fame. He's a star, a gladiator beyond compare. But the clock is counting down on the big fighter. Every match has higher stakes. Every battle leaves the dead on his conscience. And after every fight, his trainer comes to patch him back together, and leaves a new contract, one that Brock dreads signing.

She is the King’s Cripple.

Verda ignores the ignominious nickname and devotes herself to her studies, and to her uncanny ability to soothe the temper of a rapidly unraveling king. Verda knows things that could save their world, but the world does not want to hear. So she patiently plans her escape. And she waits.

When the slave and the gladiator are thrown together, they form an unlikely agreement: she has the knowledge to get them off the planet. He has the strength to carry out her plan. But in the sky, the White Star is taking a toll on their world, and before they are ready, their time may run out.

Is there no beauty in truth?

Empire Day is a celebration, but not for Suleah, whose lover, Gilland, was killed in action in the last space battle before peace…

When Suleah wakens from a nightmare, she discovers Gilland is not dead, but very much alive in Xanadu—the pleasure dome of their dreams and desires.

As days pass, she notices subtle changes in him. It is not until a freak accident, that Suleah discovers the truth—Gilland is not her Gilland, but an alien imposter who yearns for her love and who offers so much more than any human.

But can Suleah love him—dare she give her heart to a monster? Will Xanadu become a nightmare prison, or free her from the tyranny of the past? 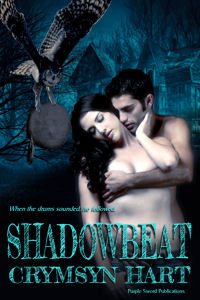