What would happen to a fairy without wings?

Thame is a warrior, a golden fairy who is loyal to the King and new Queen. They are on the verge of war with the Trolls. It’s an ongoing battle that he fought with success...until now. The enemy captures him, cuts off his wings and strands him on the remote Aran Islands. His escape is a miracle, but the night is still young.

Breena never expects to find a half-naked man with a mutilated back in her home. Now she finds herself in the middle of a war she didn’t even know existed on top of discovering she’s only part human.

Other Books in the series: FAIRY FLAVOR

More From A Fairy Novel

Breena took the deepest breath of her life as his eyes closed. Her body was on fire. The thumping of her heart was so loud it could wake the dead. He was in his loincloth and his ass cheeks were barely hidden. When she first saw him lying on the floor, she intended to berate him and then help, but her eyes fell on his excess of uncovered flesh. She was a goner from there. Holding her breath and trying desperately to keep her hands from exploring.

The man was a work of art. She watched his closed eyelids and placed her hand on his back. They didn’t flutter open and she took that as a sign. Her fingertips trailed down to his lower back. His skin was so soft. She continued lower, her palm greeting the flesh of his tanned butt. Her teeth nibbled at her lower lip and she followed the path to his thigh. There was so much muscle, such strength beneath the soft exterior. What a girl could do with all this muscle.

Her palm slid back up, this time along his hip, over the cloth and toward his head. She bypassed the red bandages and brushed her fingers through his silky golden locks. Breena shifted the hair away from his face, her fingers caressing his chiseled jaw and one finger grazed his lower lip. Lord, she would go to hell for this.

Breena leaned down so intent on pressing her lips to his. Her first kiss was going to be to an unconscious man she knew nothing about. Not even a last name, how lame was that? There was a quick shrug of her shoulders. She’d still get to kiss the most striking guy in all of Ireland. Her breath fanned his cheek. She tilted her head as nerves rattled her composure. She’d never been this close to a man in her life. Her breath quickened and moisture flared between her legs. Nipples turned to pebbles, pressing against the soft lace she wore and then he opened his eyes.

Her mouth parted in a surprised gasp. How the hell was she going to explain this? “You’re dreaming.” The words burst from her mouth before the plan formed.

His gaze softened, his hand reached out and his strong fingers gripped her chin. This was it; her first kiss and he was conscious. She wanted to smile but he stopped just short of her lips. His breath was warm as it fanned her skin. “Dreaming?”

Shite. “Yes.” He looked confused by that and frowned before his grip went slack. Thame’s eyelids slowly closed and left Breena with an overwhelming need to relieve this sexual buildup. He hadn’t even kissed her yet and she wanted to rip both their clothes off to rub against him until an orgasm relieved the tension. This wasn’t over. There could still be a kiss between them tonight. She leaned forward and then the window shattered 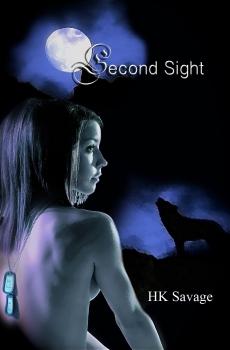